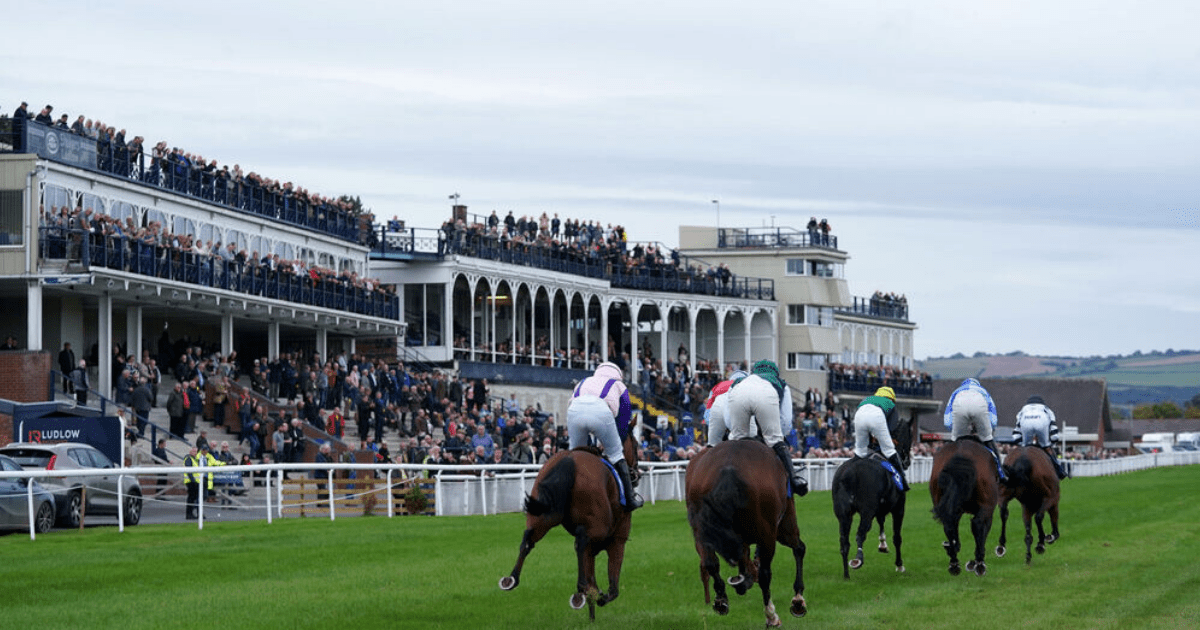 JUMPS racing at Ludlow and Exeter has been cancelled days in advance.

Both tracks are currently suffering from rock-hard ground – and there is no rain in sight this week.

Popular track Ludlow were set to stage their season opener on Wednesday with a valuable seven-race card.

And even though a band of rain swept across the country a few days ago, it was nowhere near enough to have an impact on the parched ground.

They would usually water the track to make it safe, but because of water conservation restrictions they cannot refill their on-course reservoir.

A statement from Ludlow said: “We are very sad to have to inform you all that racing has been abandoned here at Ludlow Racecourse on Wednesday.

“An inspection has been held this morning with a representative of the British Horseracing Authority and with Simon Sherwood Clerk of the Course/Managing Director.

“The decision was made on the grounds that the going was unsafe to race on due to the acute shortage of annual rainfall.

“We have been doing everything we can over the last week to avoid this and we had hoped for more rain from Fridays storm.

“Our water supply is also tricky, as we can’t refill the reservoir from the river at present due to water conservation restrictions.”

It was a similar story at Exeter, who have suffered from firm ground because of the historically dry summer.

Their Thursday fixture has been transferred to Warwick races, where the ground is a little easier.

There are also growing concerns about the state of the ground at Chepstow next weekend, where they will host the first major meeting of the new jumps season.

The going is currently Good to Firm, Good in places and track bosses have started watering.

There is tens of thousands of pounds up for grabs at the two-day meeting, which is due to start on Saturday.

Did you miss our previous article…
https://www.sportingexcitement.com/horse-racing/married-to-miss-france-millions-in-earnings-but-tarnished-by-shocking-elbow-video-meet-jockey-christophe-soumillon/

In this article:cancel, forced, inadvance