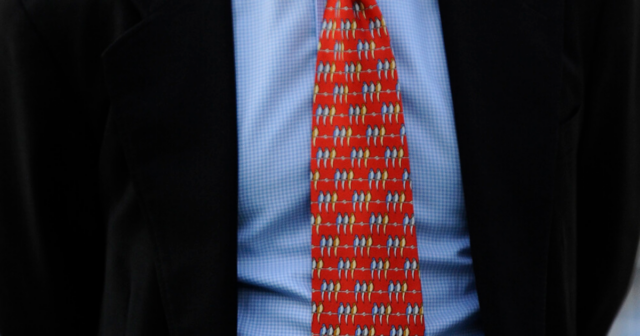 I DON’T know about you, but it feels like there is never anything good on the telly.

I have 500 channels at my fingertips but end up watching repeats or scrolling through Netflix waiting for inspiration to jump out of the screen and smack me in the face.

I ended up sticking on an episode of Mock The Week the other day, a programme I haven’t watched since Frankie Boyle’s infamous departure many moons ago.

It was easy watching and a segment in the show reminded me of the amusing story of a man who was rushed to hospital with an unexploded World War II mortar shell stuck in his back passage.

Of all the items you could ‘accidentally slip and fall on’ that takes the biscuit — and gives a whole new meaning to getting a rocket up the arse.

It was also apt, as racing’s leaders could desperately do with a rocket up ’em at the moment (not literally, of course, though I’m sure there are a few trainers who wouldn’t be against it).

Because barely 48 hours after last week’s column, and just a week after Joe Tuite announced he was being forced to quit, we lost another established member of the training ranks.

Harry Dunlop, son of legendary trainer John and brother to Classic-winning Ed, is calling it a day because he is struggling to make ends meet.

Just a couple of years ago he was jetting around the world with Group 1-winning star Robin Of Navan and saddling Knight To Behold in the Derby.

Now he is calling it quits as it is no longer “financially viable”. And it has led to outrage among his colleagues.

He isn’t the only one with a solid CV  finding life tough.

Harry Whittington, Adrian Keatley and Ruth Jefferson (to name a few) are all talented trainers but their numbers have shrunk and financial pressures are growing.

If we don’t take action immediately we will continue losing smaller yards and the hard-working stable staff who are the backbone of the industry.

There is too much power in too few hands, with a large proportion of the horse population spread across ‘super yards’ of 250-plus horses. Lambourn trainer Daniel Kubler handily tweeted out some stats this week to support the theory.

Exhibit A: In 1992, the historic Brown Jack Handicap at Ascot was worth £11,000 to the winner. This year’s winner took home just ten-large.

Over the last two decades, the horse population has grown by around 400, but the number of races has increased by 2,000.

Thus the prize-money pool is being stretched and we haven’t enough horses to fill the races.

That makes for a less attractive betting product for punters, whose hard-earned is vital to the  sport.

It’s becoming harder to make decent wedge in this game. No wonder so many horses are being flogged for big bucks to the Far East.

We need urgent action. As dear old Keir Starmer would say, enough with the dither and delay.

I don’t enjoy having to write negative stuff about this great sport so often, but we need to keep up the pressure.

I would much rather talk about the mouthwatering racing coming up at York next week and beyond.

Galloping cash registers Baaeed and Alpinista will light up the Knavesmire  and there is every chance the track-record could be smashed in the Nunthorpe.

The quality of racing goes up a notch as we head into the final third of the season, so it’s not all doom and gloom.

But the sport and its bosses can’t turn a blind eye to the ticking time-bomb underneath their backsides.