Racing Gossip: Trackman is back with the latest paddock talk as he lines up some bets at Goodwood on Saturday
Advertisement 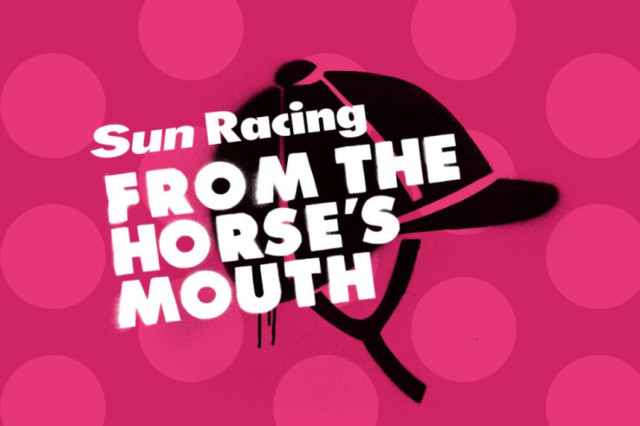 Punters have been shut out of racecourses since our game returned from lockdown in June.

That embargo was due to be lifted at Glorious Goodwood today.

But an increase in the Coronavirus infection rate means plans to open the gates were binned on Friday morning.

That is diabolical news for everyone in the sport…….apart from the on course bookmaking fraternity.

You see, that hard-working band had the hump after being told they would be restricted to taking bets solely by debit card.

As a result, just two firms had volunteered to fill the bookmaking slots that were up for grabs at this afternoon’s aborted pilot day.

The simple fact is, without involving a team of Nasa boffins most on-course layers haven’t got the technology required to run a card only operation.

And they reckon cashless punting could leave them vulnerable to money laundering scams.

Anyway, this is a right old mess that needs sorting out before the happy day when ordinary Billy Bunters are back racing with their wallets full of wonga.

Talking of money, the bookies took a proper pummelling when Irish ace Steel Bull (11-2 to 2-1) landed a monster touch at Goodwood on Wednesday.

This fella was in a tighter spot than Ghislaine Maxwell at the two-pole, but bolted-up once top-jock Colin Keane got him rolling.

Super sharp trainer Michael O’Callaghan reckons his grey rocket is the business and might run him against Battaash and Co in York’s Nunthorpe Stakes.

He wasn’t the only young speedball to impress. Word is Clive Cox’s Supremacy gave jockey Adam Kirby a touch of whiplash when he quickened to nick the Richmond Stakes.

By the way, I hear that Coxy’s crack sprinter Golden Horde was spotted moving better than Fred Astaire on the gallops earlier this week.

The chunky chestnut is off to Deauville for a Group 1 next Sunday and connections are already looking forward to nibbling on a celebratory frog’s leg.

While we are talking about food, spare a thought for the catering teams who have been earning a crust at the Jockey Club owned tracks.

I’m told that while the group’s head chefs are being kept on, plenty of lower ranking kitchen staff have been given the elbow as a result of Covid-driven cutbacks.

That’s a right kick in the wotsits, so fingers crossed these grafters find alternative employment.

The award for happiest owner at Goodwood goes to Trevor Jacobs who had a good old shout-up when his Junkanoo won at 50-1 on Thursday.

Now, this Mr Jacobs is anything but crackers and rumour has it he burgled some 100-1 about his rag before topping up at 50s. Lovely jubbly!

Mind you, Aidan O’Brien’s heavy-hitting gang caught a cold when Magic Wand (11-2 to 9-4) was mullered in the Nassau Stakes.

You could keep a Hovis factory busy with the amount of dough that arrived for this filly.

But she stopped quicker than a two-bob watch in the straight and was beaten a couple of cricket pitches by tougher than Rocky winner Fancy Blue.

Ryan Moore booted that one home and there is a strong word for his mount Laafy at Goodwood today (2.25).

This fella is more reliable than Big Ben and I’m told Sir Michael Stoute’s pals will be gutted if he gets turned over.

Advertisement. Scroll to continue reading.
In this article:Goodwood