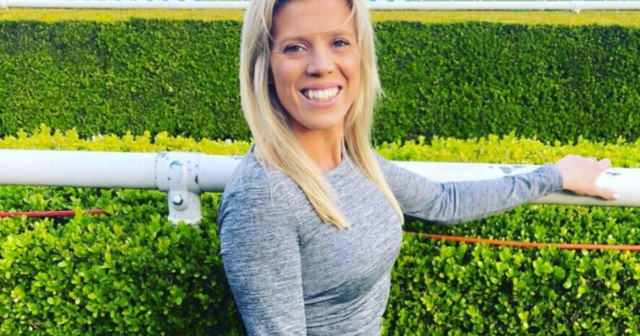 RACING has been rocked by the news a second female jockey has been airlifted to hospital in just 24 hours following another horror fall.

The rest of the card was abandoned as Meredith was transported to Newcastle’s John Hunter Hospital.

It is unclear if the horse was also hurt during the fall.

This is the second major incident to shock racing Down Under after popular apprentice Leah Kilner was left fighting for her life.

Kilner, 24, was put in an induced coma and needed surgery to relieve pressure on her brain after she fell from her horse at Grafton racecourse.

Meredith was reported to be in and out of consciousness while being attended to by paramedics on the track.

Her fall came in the fifth race of the meeting on Monday.

Racing NSW chief steward Marc Van Gestel said: “I understand Elissa did regain consciousness for a short time when she was being attended to by ambulance officers on track

“But then she was put into an induced coma and stabilised so she could be transported to hospital.

“Obviously, it is a worrying time for all concerned and we are hopeful for some positive news about Elissa.”

Apprentice jockey Meredith has 33 career wins and prize money earnings of just under £500,000.

She has been riding for less than three years and was just beginning to really make her way in the sport.

A tweet from NSW Jockeys read: “Apprentice Elissa Meredith being airlifted from Gunnedah to John Hunter Hospital at Newcastle. Praying for Elissa.

“Terrible few days for our jockeys.”

One racing fan echoed the sentiments of many when he said: “Just watched the replay of the race. Horrible fall, straight over the top and face-planted into the turf.

“Very best wishes to Elissa, and of course Leah.”

Incredibly, Meredith’s fall meant this was the third NSW meeting to be abandoned mid-way through the card in just two days.

Kilner’s fall also saw the remaining races scrapped, while Shaun Guymer’s fall at Wagga racecourse led to a track inspection and the cancellation of racing due to it being ‘unsafe’.

Guymer was checked over by medics on the scene and given the all-clear.

In this article:hasbeen, newsouth, therest