Racing League: Dettori jokes ‘half the nation’ wanted to kill him after Euro 2020 as Saffie steals show at Doncaster
Advertisement 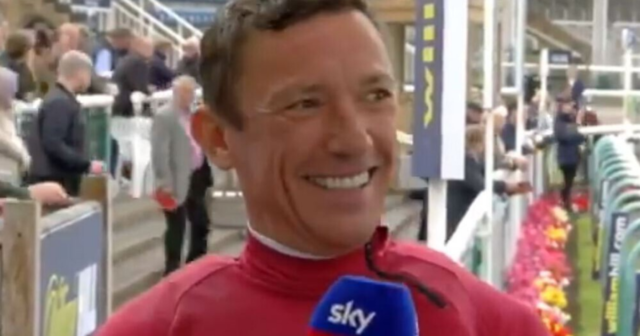 FRANKIE DETTORI joked ‘half the nation’ wanted to kill him after Euro 2020 as he made his Racing League debut.

The world’s most famous jockey wasn’t quite as successful as his national side at Doncaster. 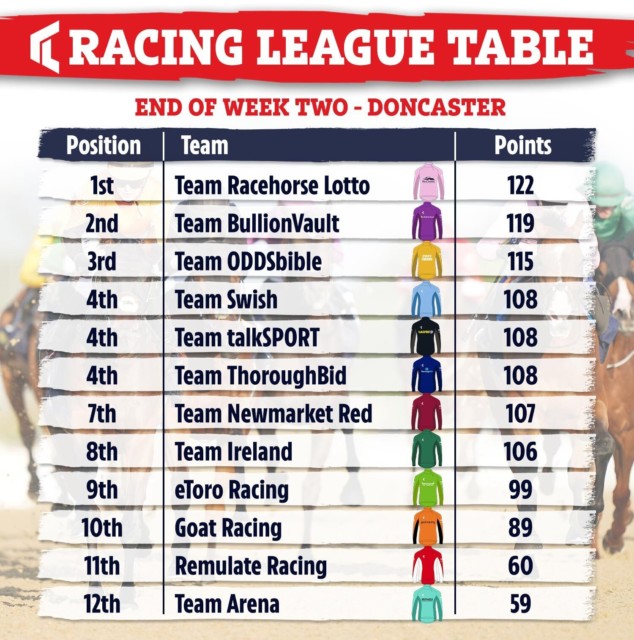 Dettori, 50, failed to win any of his three mounts on the night, his best finish being third on 17-2 Autumn Flight in the first.

But what was clear was he was absolutely loving the team atmosphere on the second week of the new £2million series.

Well, that, and that he was still getting comments on Italy beating England in last month’s Wembley final.

Asked by host Alex Hammond if he had recovered from Italy’s ‘shock’ win, Dettori said: “What do you mean shock victory?!

“You know what, I had to keep pretty quiet because half the nation wanted to kill me, I’ve got to be honest.

“But most of my friends do anyway!

“I know England lost but I thought it was a great Euros.”

Asked then how he was enjoying the Racing League, Dettori said: “This is a new competition, I’m enjoying it. It’s something different.

“Every ride counts. John’s [Gosden] famous last words this morning were, ‘don’t give up, fourth, sixth, seventh, eighth all count, don’t give up!’

“It’s a good idea, the prize money is good and I’m enjoying it.”

The rain tried its best but ultimately failed to put a dampener on another great night of action.

And it threw up a few surprises, with Dettori’s Team Newmarket Red, the bookies’ favourite, losing top spot to Team RacehorseLotto.

"Don't give up!"@FrankieDettori is thoroughly enjoyed his first taste of the @RacingLeagueUK and revealed how trainer John Gosden told him to fight for every point pic.twitter.com/4ugJ5uVb7A

Saffie Osborne – who leads the jockey standings – won the first race for Team Swish on 9-2 Tenaya Canyon before Team Ireland took the second on 7-2 Night Of Romance thanks to a nice ride from Dylan Brown McMonagle.

Josephine Gordon got Team BullionVault some points with her win on Foxtrot Sizzler before Martin Dwyer hit a double for Team oddsBIBLE with wins on 9-2 Bake and 7-2 Corbulo.

Team Ireland got their second of the night in the last with Kieran O’Neill’s victory on 3-1 Moon Daisy.