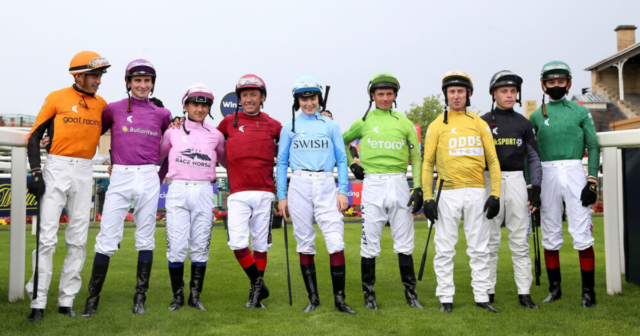 THE groundbreaking Racing League is to return ‘bigger and better’ next year – with £2million up for grabs and new teams.

Now punters will be able to get behind regional squads made up of top trainers, jockeys and horses.

Teams of trainers from Ireland, Scotland, Yorkshire, the North, the East, Wales and the West and London and the South will do battle in 2022.

Team talkSPORT took the inaugural points-based title last year, with victory coming on the final night of racing at Newcastle.

Prize money for next year is all set to increase to more than £2m and the six fixtures will be shown on Sky Sports Racing.

Racing League nights will be held every Thursday evening through the summer at Doncaster, Lingfield, Newcastle, Windsor and Southwell before it returns to Newcastle for the big finale.

“Last year was always going to be proof on concept and there’s lots of things we’re keen to do again and improve.

“We’re confident next year is going to be bigger and better. Hopefully it really catches on and becomes firmly part of the calendar.

“There were lots of positives, not least I thought Sky Sports Racing did a lot of innovative stuff with cameras.

“It was really exciting coverage.

“I firmly believe that a team concept can work and that was seen with a lot of the teams working well together and trainers cheering each other on.

“Equally, we listened to a fair bit of the criticism that came out.

“You can’t expect to get everything right in the first year.”

The Racing League 2022 season will kick off at Doncaster on August 4 and finish at Newcastle on September 15.