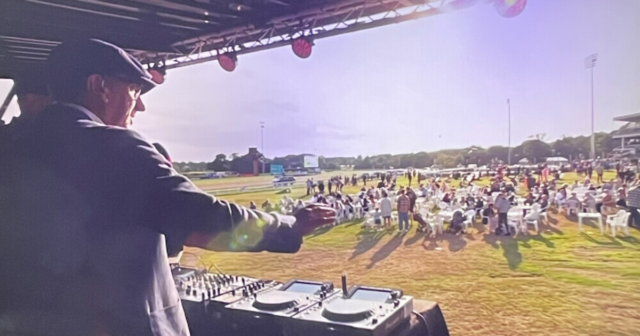 THE Racing League kicked off in style with David ‘Bumble’ Lloyd on the DJ decks and a huge winner for Hayley Turner.

With £2million up grabs and £50,000 on offer in each race, the new Thursday night thriller taking place over six weeks this summer had a lot to live up to.

No Sweet Caroline for DJ [email protected] has been checking out the @RacingLeagueUK entertainment @NewcastleRaces but there was no Neil Diamond on offer! pic.twitter.com/IWQW4NTjUZ

And it did not disappointment on debut, with some top-class jockeys and horses providing plenty of drama to punters in attendance.

Oh, and Bumble having a quick go at being Fatboy Slim in front of racegoers enjoying a drink in the sun.

The cricket legend was a natural in front of cameras and describing what was happening at the all weather track.

The same could not quite be said for his skills on a stage – but he still gave punters something to cheer at Newcastle racecourse.

Asked what he thought of the night, the Sky Sports Cricket commentator said: “Competitve – the one thing you can tell about the action tonight. It’s been great fun.

“You get a great night like this, a bit of sunshine, bit of warmth, everyone enjoying themselves.

“It’s fun, entertaining and I will come back to that one word – competitive.

“You watch the jockeys, the trainers, it’s competitive and great fun. I’ve loved every minute of it.”

Some brilliant race-tracking technology also allowed viewers at home to see exactly who was leading and when.

The jockeys’ number and silks colours were shown on the left and chopped and changed as positions altered mid-race.

And there was reason to cheer for shrewd punters as No 1 hit the line first at huge odds of 28-1 for Turner.

The trailblazing woman jockey has been a big supporter of the Racing League and her faith was repaid with a shock win on Roscioli for Team ThoroughBid in the fifth race of the night. 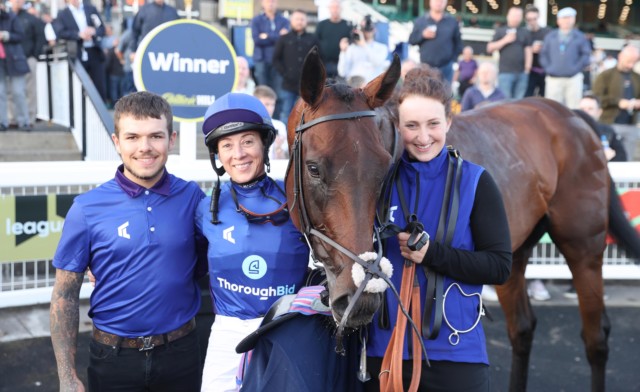 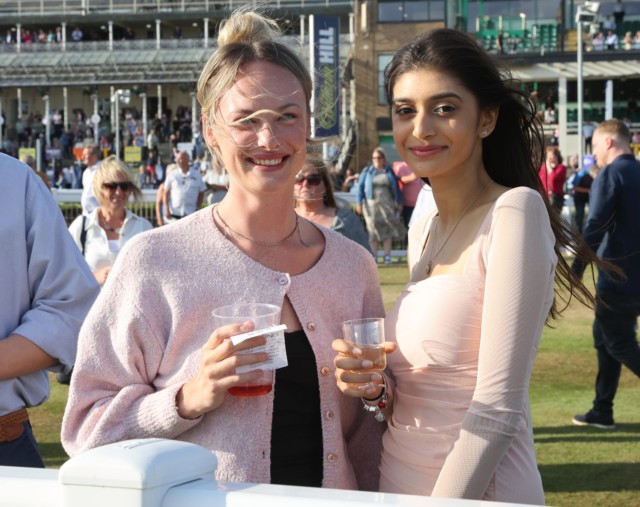 Bookies called it right though with who they thought would end the night on top.

The powerhouse Team Newmarket Red finished in first on 85 points, seven ahead of second-placed Team talkSPORT.

All roads now lead to Doncaster next and week two of this blockbuster new competition that more than lived up to the hype.