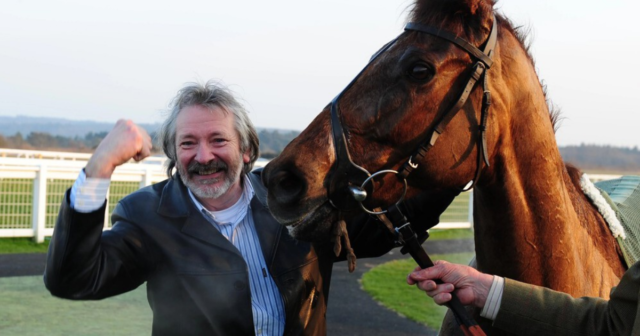 THEY say records are meant to be broken.

But more than ten years on, no one has got close to the most incredible punt in the history of British racing.

Steve’s record-breaking win made headlines around the world and, ten years on, has still not been beaten
The winning betting slip that made Steve a millionaire from just £2

It came on a quiet Tuesday at Exeter, when a heating engineer who went to the racecourse by bus on his day off won £1.4million from just £2.

Think of big punters winning big and you might think of ‘baby-faced assassin’ Patrick Veitch.

He rinsed the bookies for £10million and flew to racecourses in a helicopter.

Or there is ‘The Joker’ – a secretive punter named Zeljko Ranogajec who drives a Lamborghini and is said to be worth £333m.

You might also remember Darren Yates, a punter who stuck his last £62 on Frankie Dettori to win seven races… and is now a multi-millionaire. 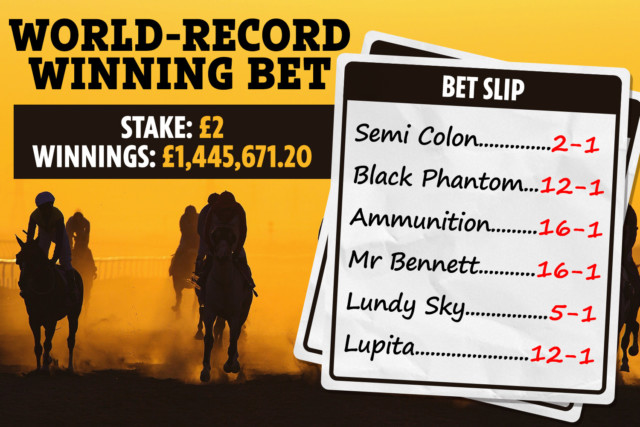 Bottom of the list would be a heating engineer and self-confessed ‘amateur’ from Devon who backed horses purely because the jockey’s name stuck in his head – and was only at the races because it was free to get in.

Really, the more and more you learn about Steve Whiteley’s world-record win in March 2011, the more bizarre it becomes.

Steve, who was 61 at the time he made headlines around the world, couldn’t even afford the bet – all £32 of it – he originally wanted.

So he whacked a couple of quid on the Tote Jackpot.

The huge payout had been rolling over for more than a week – all people had to do was pick the winner of every race on the card. Easy!

‘I DON’T KNOW NOTHING ABOUT IT’

Hardened punters who follow the form religiously had flocked to the track desperate to land the big win.

By the end of it only Steve was left standing, after a 12-1 shot – who had never won in 28 previous starts – won the last and landed him the windfall.

Incredibly, not one of the horses went onto win ever again under rules.

What was the magic formula? Was it all a bluff and was he really a genius? How did he unearth an 870,000-1 winner?

“It’s difficult to say how I came up with the winners.

“The first few selections I had two in each race and that was going to cost £32 so I scrapped that because I couldn’t afford it so I did one in each race.

“Why did I pick the last one? Lodge [Jessica Lodge, the winning lady amateur jockey] is just a name that sticks in my head.

“I didn’t know anything about her. I’m not a horse racing man, I only go once or twice a year.

“The most exciting bit was after the fourth race when my mate said only seven people in the whole country were still in it.

“I couldn’t watch the last race. I’m shaking like a leaf, I can’t believe it.”

Their entry documenting Steve’s triumph added at the bottom: “A self-confessed racing novice, his previous biggest racing win was £300.”

Funnily enough, that came on the same day he landed his huge jackpot.

Steve didn’t actually know how much he had won until told during an At The Races interview.

All he could muster was a tearful wipe of the face and ‘I can’t believe it’.

A friend joked: “He’s just done a bathroom for me. If he thinks I’m going to pay now he’s got no chance!”

It wasn’t long before Steve found himself among the losers again though.

He woke up the following morning with the mother of all hangovers – and a telling off for forgetting to buy his better half a 53rd birthday present.

Did you miss our previous article…
https://www.sportingexcitement.com/horse-racing/ascot-winning-trainer-arrested-in-four-hour-raid-into-alleged-racehorse-doping-report-claims