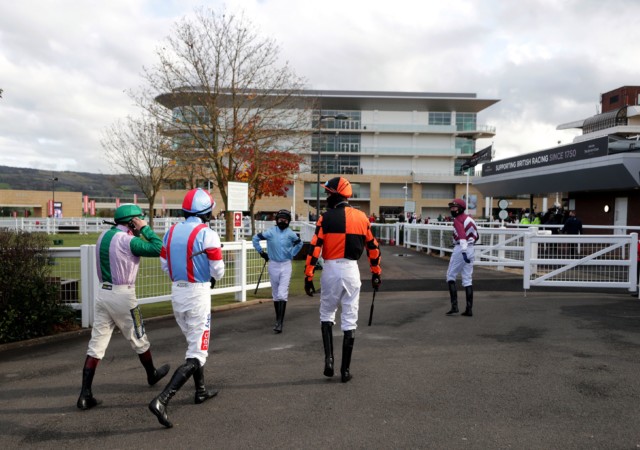 IT’S Cheltenham, but not as we know it.

At no racecourse has the absence of punters been felt more keenly.

Racing returned at Cheltenham on Friday

When racing was last staged here, there were 60,000 packed into the bars and betting shops on Gold Cup day as the threat of a Covid-enforced shutdown loomed large.

Seven months down the line, the stands are empty and the course has been carved up into three zones separated by a maze of metal fences.

There are medics every direction you look and a small army of security staff on site – never mind Checkpoint Charlie, this is Checkpoint Cheltenham.

But given the backlash in the national media towards the Festival in the early weeks of the pandemic, the track were never going to take any chances.

You’d stand a better chance of breaking into Belmarsh.

All that being said, it’s still Cheltenham, and there is still no place like it. And it’s so good to have it back.

Just ask the 10-strong syndicate who own Does He Know, the Kim Bailey-trained youngster who bagged the opening race on Friday.

They made enough noise to make up for those thousands forced to watch on at home, and Bailey reckons the course has lost none of it’s magic.

“It’s every owner’s dream to have a runner and a winner at Cheltenham, even in times like this.That has given them such a buzz. That’s the power of Cheltenham,” he said.

There will come a time, hopefully in the not too distant future, when jump racing fans will gather again in this special place.

Make no mistake, you punters are missed, and Cheltenham chief Ian Renton would have you back in a heartbeat.

He said: “It was fantastic to see a syndicate winning the first, and we are trying the best we can to create a good atmosphere for them and all owners.

“But it’s very strange with no crowd. There are some things you just can’t recreate, and the atmosphere that racing fans make here is one of them.

“We can’t anticipate any significant changes in the next few weeks, but a couple of months ago things were looking more positive, so maybe we can be optimistic and hope that things improve.

“We are working to every possible eventuality and would dearly love to welcome the public back for the Festival in March.”

There was plenty on the track to warm the cockles as the jumps season moves up a gear, and there’s no doubting the star of the show was Rouge Vif.

Harry Whittington’s six-year-old, third in the Arkle here in March, took full advantage of the drop back into a handicap when winning the feature race without breaking sweat. 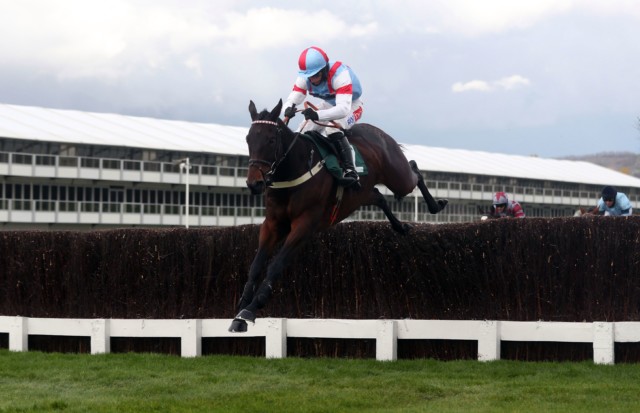 He’s the apple of his trainer’s eye and his season will likely revolve around a return to this track in the spring for a crack at the Queen Mother Champion Chase.

Whittington said: “He was awesome. I ride him out every day and he’s a bit of a lunatic. He’s run through a brick wall for you. I love him.

“He has got a real good cruising speed and is just so slick to jump out of it – on better ground you see him at his best.

“He was in his comfort zone there and has loved it today. I hoped he had improved for a summer break as I ride him myself most days and he feels a more powerful animal.

“He has obviously strengthened up a lot, but to win a handicap off a mark of 156 like that is impressive – he has slightly surprised me. 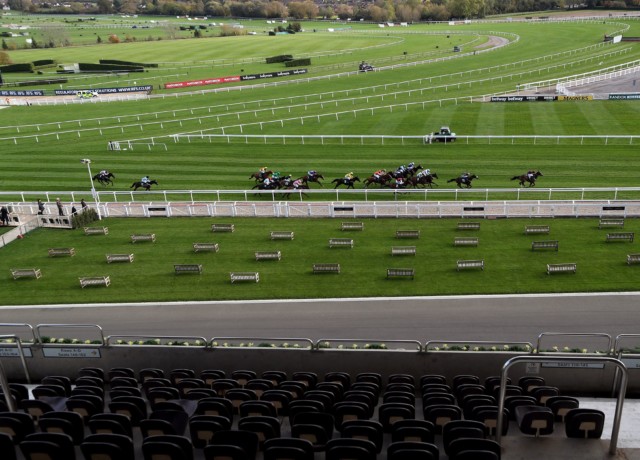 Cheltenham was eerie on Friday

“Today he looked like a proper two-miler. Daryl Jacob says he will stay two-and-a-half, but I don’t think we will be going up in trip yet.

“Coming back here for the Shloer Chase in three weeks’ time is a potential option, but we will have to get home and discuss our options.”

It’s an alien environment but there was also a big dose of the familiar at the home of the jumps, with Gordon Elliott and Nicky Henderson each saddling winners.

Elliott’s Galvin won easily and is now favourite for the National Hunt Chase at the Festival, while Henderson’s Fusil Raffles made it 2-2 over fences.

He said: “It still means a lot. With or without a crowd, it is still Cheltenham and it’s a pleasure to be back here.

“They gave me a lovely picture when I had my 100th winner here, and I shall keep a picture up on the wall of me collecting my champagne in a mask.

“It’s so important to keep the show on the road. It’s only half the show, I can’t wait for this place to be packed again.”