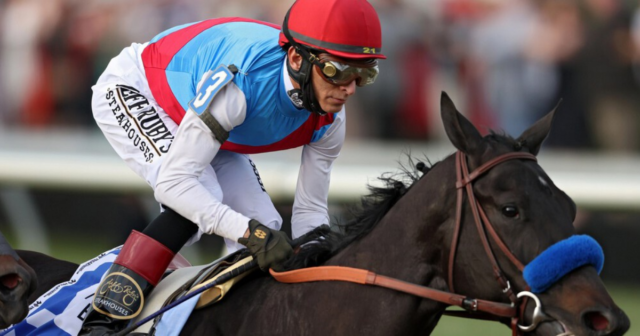 The three-year-old, who tested positive for a banned substance after winning America’s biggest race earlier this year, was running five furlongs this morning.

The Bob Baffert-trained horse had been working at Santa Anita racecourse in California.

Advertisement. Scroll to continue reading.
In this article:Horse Racing