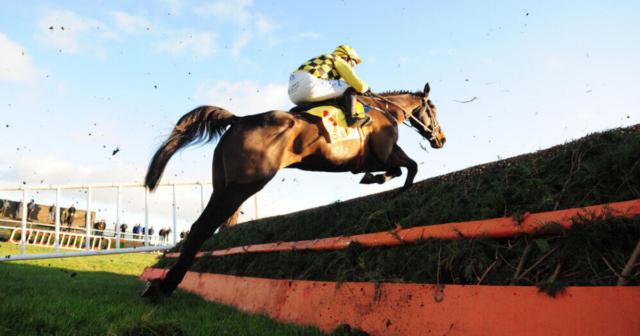 LIKE a lot of you, I can’t wait for the jumps proper to start up again.

We are getting a taste of what’s to come at Chepstow this weekend – but there is one glaring problem with the National Hunt season.

The sport’s big guns – on both sides of the Irish Sea – spend most of the winter dodging one another or taking the soft route through to the spring.

It wasn’t always the case, but with most of the power concentrated in a handful of stables we are seeing fewer big clashes in the ‘regular’ season.

All in the name of being cherry-ripe for one day in March at the Cheltenham Festival, an amazing meeting but one which has become a monster, casting its shadow over the rest of the season.

The boring way in which dual Cheltenham Gold Cup winner Al Boum Photo has been campaigned is a prime example of everything that is wrong with modern, top-flight jumps racing.

For the past three years he has had one run in an egg-and-spoon race at Tramore on New Year’s Day before heading straight to the Festival.

That is a dereliction of duty towards National Hunt racing on trainer Willie Mullins’ part.

People loved former Gold Cup heroes like Best Mate, Desert Orchid and Kauto Star because they turned up to all the big gigs.

No-one loves Al Boum Photo – apart from perhaps Mullins and his bank manager – and it’s through no fault of his own.

There is no money-spinning career as a stallion awaiting National Hunt horses at the end of their careers.

The odd defeat here and there DOESN’T matter. Some of Britain and Ireland’s top trainers failed to get that memo.

So the sport should jazz things up a bit by introducing a qualifying system for each of the four championship races at Cheltenham.

There are two ways you can go – option one is to have a small selection of races that you MUST run in if you want to line-up in the Gold Cup, Champion Hurdle, Champion Chase or Stayers’ Hurdle.

For example, if you have a potential Gold Cup horse, they have to run in two of the Betfair Chase, King George, Savills Chase or Irish Gold Cup.

You’ll get a clash over Christmas between the King George and Savills, but there are plenty of horses who don’t act around Kempton and could be forced to head to Ireland.

A British horse heading over to Ireland?! Perish the thought. Our trainers used to hop their horses on the ferry all the time, now they’re scared stiff.

There should also be a handful of ‘wildcard’ races to win your way in, but they should be handicaps.

Want to give your horse an ‘easy’ campaign before the Gold Cup? Fine, go and do a ‘Denman’ and carry top-weight to victory in the Ladbrokes Trophy to book your ticket.

Option two is for a Kentucky Derby-style points system, where runners have to accrue enough points in selected races during the season to bag a starting berth.

If you want a runner in the Champion Chase, your horse must earn points based on finishing position in races like the Tingle Creek, Desert Orchid, Dublin Chase etc.

Defending Festival champions would be exempt, but they should still be required to run in qualifying races rather than potter around at odds of 1-16 in the arse-end of nowhere.

Jumps racing has the freedom as a sport to mix things up and try to increase competition at the elite level during the entire season. We can do better.

RACING finds itself in a bit of a mess with Sheikh Mohammed.

The founder of Godolphin was found this week to have told agents to hack the phone of his ex-wife and her lawyers during their divorce custody case.

This comes after the courts also found that he had orchestrated the abduction of his daughters Latifa and Shamsa.

In this country alone, the Sheikh employs several hundred people, owns around 250 horses and runs one of the world’s biggest stud farms.

Racing’s top brass are terrified of upsetting him, so they have chosen to remain silent.

Many other sports would distance themselves from the Sheikh after this sort of sorry saga. It’s a PR disaster for racing.

SPURS legend Ossie Ardiles is set to take the dive into horse ownership.

Eagle-eyed onlookers spotted him in the crowd at the Tattersalls Sales in Newmarket this week.

He is good pals with Graham Smith-Bernal, the owner of Newsells Park Stud who sold 22 horses for a cool £11 million at the October Yearling Sale.

Ardiles revealed he has a keen interest in the sport and that Smith-Bernal has persuaded him to get involved.

Keep your eyes peeled for white and navy colours on a racecourse in the near future.