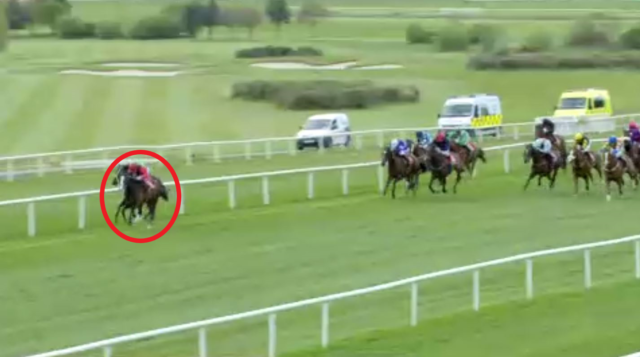 FURIOUS punters hit the roof over what was labelled the ‘worst ride of the season’ last night.

Spare a thought for poor apprentice jockey Nathan Crosse, who got pipped at the post by a rank 28-1 outsider at Gowran Park in Ireland.

Raging punters could not believe Crosse, in the saddle of big 13-8 favourite Coill Na Sionainne, failed to win the race.

And the replay showed he surely would have cruised home had he used his whip to encourage his mount in the closing stages – and spotted his rival charging up the inside.

As it was, Crosse, who could be seen checking over his shoulder to look for challengers, failed to see the other horse making rapid headway.

Crosse had surged clear on the five-year-old mare in the 1m handicap race at 7.30pm.

It looked for all the world like he would canter home with just a little cajoling of his ride.

But Crosse failed to realise the challenge of Wayne Lordan on 28-1 chance Crystal Pool creeping up the rail.

Probably believing – mistakenly – that he had the race in the bag, Crosse went into autodrive.

But Lordan sensed the leader was taking it easy and asked Crystal Pool for a big charge in the final few strides.

Rounding the bend for the straight, the favourite on the inside looks in pole position 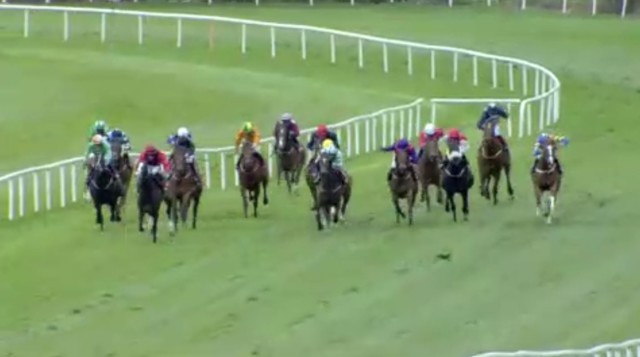 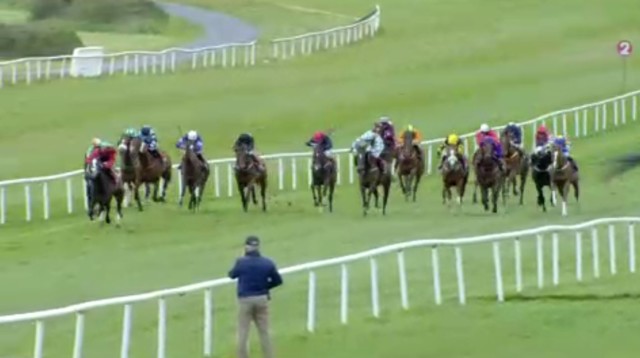 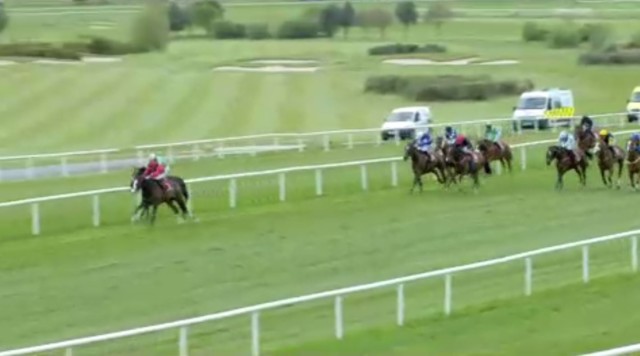 But he fails to look to his right, therefore missing the 28-1 outsider charging up the rail 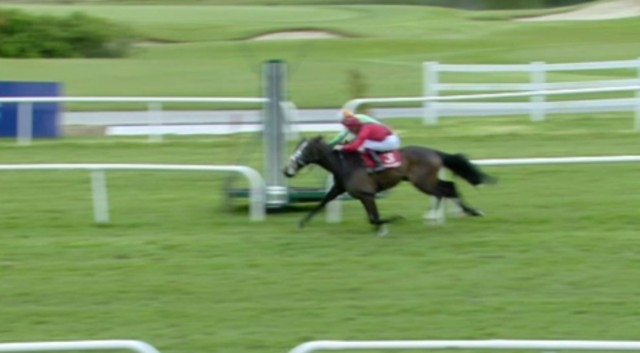 The tight finish was almost impossible to call but Crystal Pool, on the far side, was declared the winner

It worked, and in a dramatic finish almost too close to call, the big roughie landed the win by a shoulder.

Punters watching the race were absolutely livid with Crosse’s tactics.

One said: “Nathan Crosse has just won the worst ride of the season and it’s only the start of May.”

Another posted: “What has Nathan Crosse done there? He appeared to think he could do hands and heels. Nightmare!”

While another furious viewer wrote on Twitter: “I don’t think Nathan Crosse will enjoy looking back at that replay…”

And another said simply: “Horrendous.”

The Racing Post analysis of the race and Crosse’s ride read: “Looked to have the race in safe keeping and her rider seemed intent on riding her with just hands and heels, looking over his left shoulder late on.

“However, the winner came with her challenge on the favourite’s right and got the upper hand on the line.

“Perhaps he had felt he’d done enough in front without needing to deliver a more vigorous ride.”

Crosse’s ride came a day punters in Australia lashed out over a jockey’s ‘sickening’ ride that landed her a two-month ban. 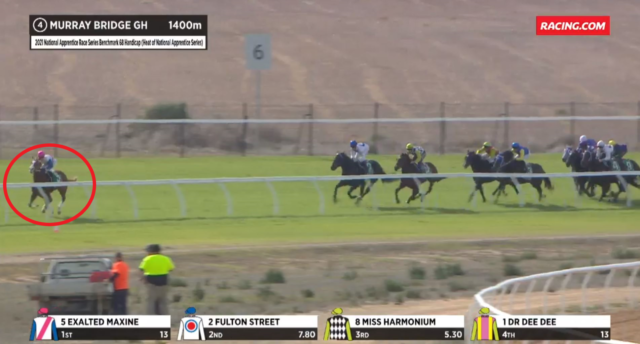 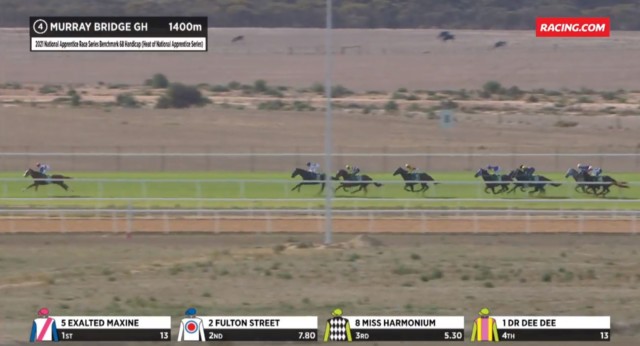 It looked like no one would get near the runaway leader 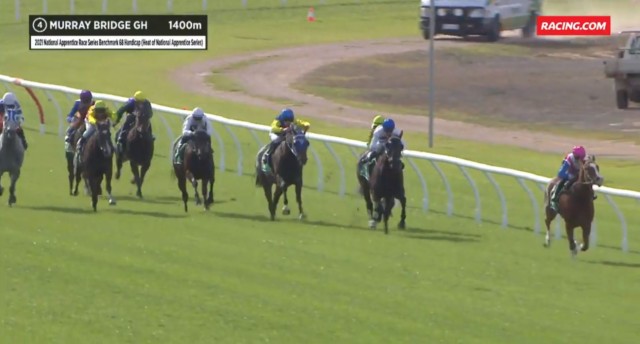 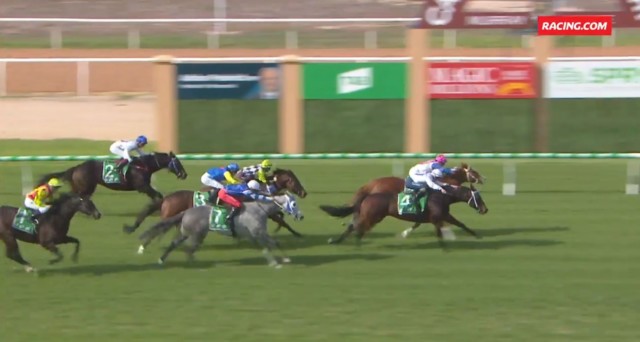 Amazingly, the horse is pipped on the line, sparking punter fury

Metcalfe, 33, surged clear on the five-year-old mare in a 7f contest at Murray Bridge in Australia on Wednesday.

The contest looked all but over half-way round as Metcalfe led by around eight lengths.

And she seemed to have the easiest job just getting the runaway leader home to scoop the £15,000 first-place prize.

Punters were licking their lips too at the prospect of a tasty payout – until it all went wrong.

With the finish post in sight, Metcalfe appeared to slow her horse down, allowing the charging pack to get near for the first time in the race.

And it was not until I Am Bolt neared in the dying strides that Metcalfe asked her mount to work.

But by then it was too late, and what looked like certain victory turned into a second-place finish – and a nightmare for punters who backed her.