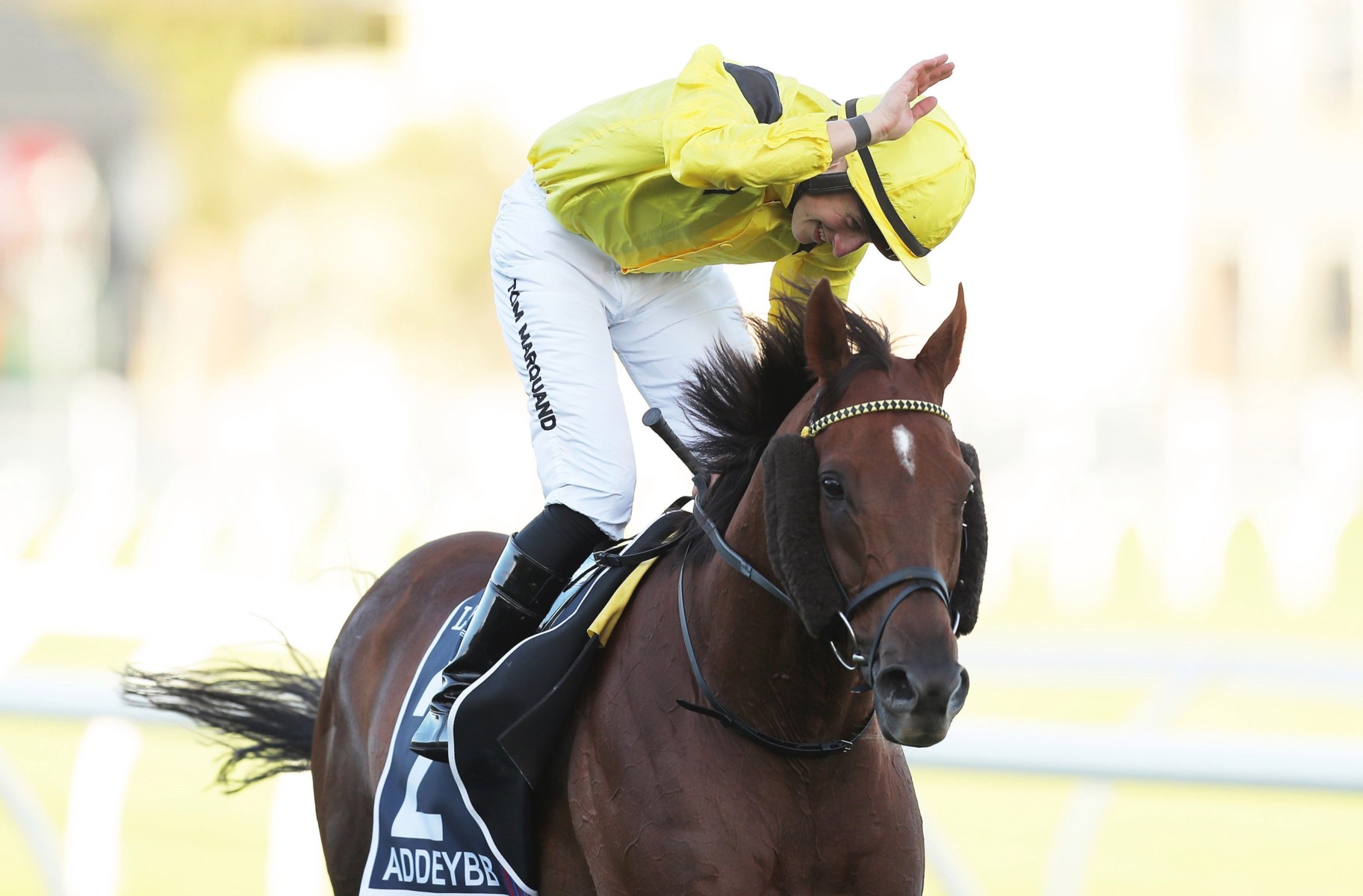 TOM Marquand capped an incredible trip down under with a huge win aboard Addeybb in the Queen Elizabeth Stakes.

The William Haggas-trained gelding gave his jockey a first Group 1 win last month and they teamed up to repeat the feat in brilliant style at Randwick.

Addeybb has bagged two Group 1s in Australia this spring

The A£2m Group 1 is the feature race of The Championships, a lucrative carnival in Sydney spread across three weekends, and it attracted a high-class field.

Among them was Japanese star Danon Premium, and as the field rounded the bend for home he loomed up to Addeybb, who had been well-positioned behind an honest pace.

But the six-year-old, who had heavy ground to suit, swatted his big rival away and went into overdrive inside the final furlong for a dominant success.

Verry Elleegant, a multiple Group 1 winner who pushed Addeybb close in the Ranvet Stakes three weeks ago, got up late to edge Danon Premium in the battle for silver.

There was no doubting the winner, and Marquand’s joy was clear to see as he punched the air crossing the line two and three quarters of a length clear.

Marquand said: “What a tough, straightforward, genuine horse. He just switches off, knows when to turn it on and he just drops his head and runs for you – you don’t even have to ask him.

“It’s an honour to ride a horse like that and for William Haggas and (owner) Sheikh Ahmed (al Maktoum) to keep me on him is just pretty mind-blowing.

“He goes through that ground as if it’s not even there – I guess that’s just one of his main attributes and shows how tough he is, because he just doesn’t care and runs straight over the top of it.

“Today travelling round, there was never a moment when I thought I wasn’t going to pick up – I guess it was just how much the Japanese horse found and everyone else.

“To come down here and win the Queen Elizabeth on an English horse for someone who has given me a lot of support, at a time that’s been tough for English racing, it could not mean more”

Earlier on the card, Young Rascal couldn’t give the Haggas-Marquand team a dream double in the Sydney Cup.

He travelled nicely into contention but didn’t appear to get home over two-miles in rain-softened ground, eventually finishing seventh.