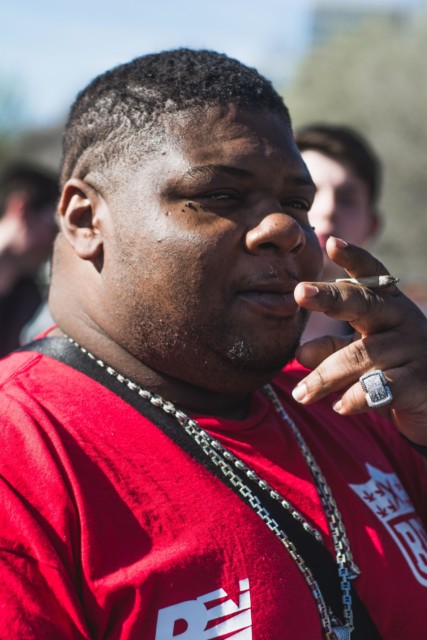 RAPPER Big Narstie hailed the ‘first ever Rasta horse’ after a runner named in his honour stormed over the line at Lingfield.

The Richard Spencer-trained Big Narstie landed a gamble under a brilliant ride from Hayley Turner.

Big Narstie the horse wins at @LingfieldPark, under a perfectly-timed @Hayleyturner123 ride!

Big Narstie had been backed from 4-1 into 5-2 before the off and outpaced Give Em The Slip in a 7f maiden at the Surrey track.

The British MC of the same name posted an Instagram story to his 500,000 followers of the horse winning.

And he captioned the clip: “My horse won today first ever Rasta horse big up @rebelracing2016.”

Big Narstie, who has worked with Ed Sheeran, later tweeted ‘time to celebrate’ with a video of himself dancing.

Delighted trainer Spencer said: “The owner Phil Cunningham’s son Aidan contacted Big Narstie and told him to back him so hopefully he was on.

“He came into the yard to see the horse last year and enjoyed the visit, and has spent some time in Aidan’s recording studio in London.”

And it seems a tour in France could be next up for the three-year-old racehorse. 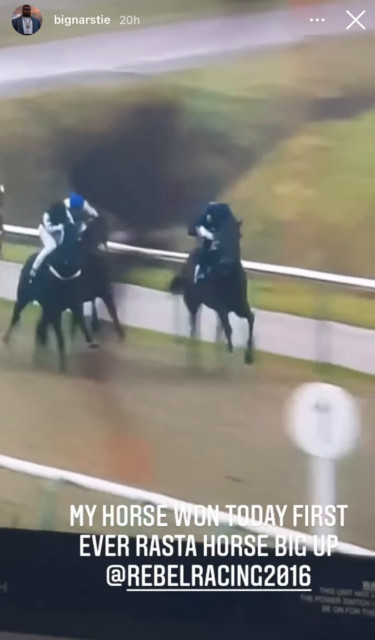 Were it not for Covid-related travel restrictions then the horse could have been running at Deauville instead.

Turner will no doubt take the win – her first in the colours of Rebel Racing.

But Spencer said a return to France is on the cards.

He said: “With all the upheaval we thought it easier to run him here, but he could be going back to France when it’s easier to get over there.”