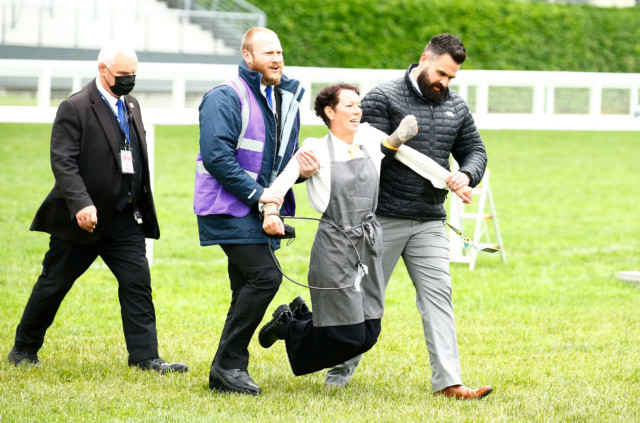 EXTINCTION REBELLION protestors were thrown out of Royal Ascot after chaining themselves to a rail in front of The Queen.

Four women dressed as hospitality workers were ejected by security after being removed from a rail by the winning post. 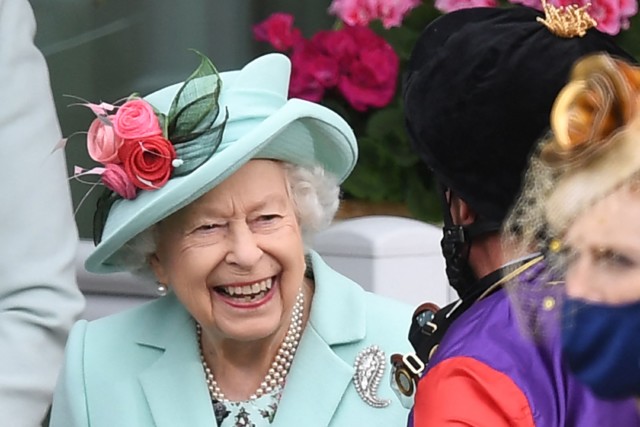 The protest was aimed at encouraging The Queen to act 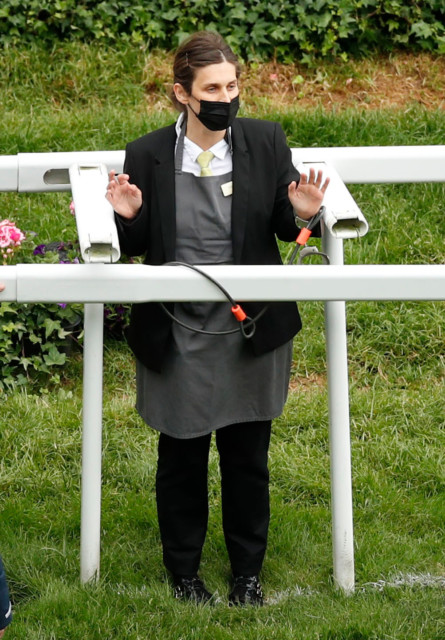 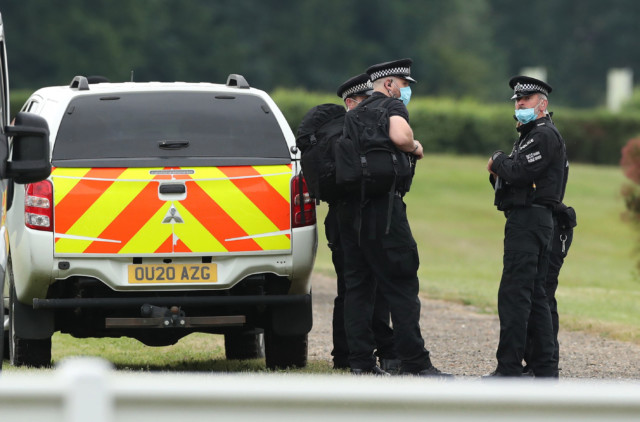 Cops were on hand during day five of the royal meet

They unfurled a banner reading ‘Racing to Extinction’ after the first race had finished just after 2.30pm.

A black screen was put up around the climate activists as security unshackled them.

A post on the Extinction Rebellion website confirmed they were behind the protest – which came as The Queen attended the royal meeting for the first day this week.

The statement read: “On Saturday June 19th, the final day of Royal Ascot, four women from Extinction Rebellion entered the racecourse with a banner reading ‘Racing to extinction.’

“The action pays tribute to the suffragette, Emily Davison, who died attempting to attach a flag to the King’s horse during the Epsom Derby in 1913. Like Emily, the protesters say they want to urge those with connections and influence to drive positive change.”

One of the protesters, Sam Smithson, 38, said: “I’m really sorry to be disrupting this event, but unfortunately, like suffragette Emily Davison, we have been left with no other choice, as we are running out of time in the race to tackle the climate and ecological emergency.

“We can’t negotiate with each other or nature for more time by carbon offsetting, whilst also promoting infinite growth on a finite planet and chopping down our ancient woodlands.”

The activists were eager to note they waited until no horses were running before the stunt.

All four were arrested and escorted off the premises by police.