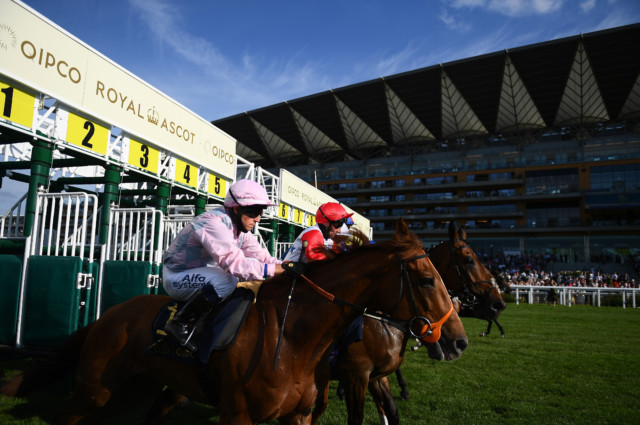 ROYAL ASCOT has been rocked by a monumental gamble early on day two.

Punters have been absolutely ploughing cash into a debutant for in-form owner Nick Bradley.

Kaboo has been absolutely slashed in the betting from 66-1 all the way down to 9-1.

Jockey Clifford Lee gets the mount on the horse that has previously only run at home.

The two-year-old is trained by Karl Burke and clearly huge things are expected on debut.

SunSport columnist Matt Chapman said: “Omgggggggg. Kaboo now 12-1 from 66-1. Surely one of the biggest Royal @Ascot gambles we have seen for @karl_burke Yeeehaaa!”

Kaboo runs in the 5.35pm race, where Ruthin, who will be ridden by Frankie Dettori, is the current 2-1 favourite.

His horse Eldrickjones finished runnder-up by just over a length at huge 66-1 odds in the Coventry Stakes.

That time it was Danny Tudhope in the saddle for the Roger-Fell trained runner.

There was nowhere near the level of market support for that horse as there is for Kaboo, though.

Should the unexposed runner triumph he will land £38,480 for connections – and now doubt a heck of a lot in cash from the bookies too.