FIVE days of top-class action are behind us and there were the usual highs and lows on and off the track.

Who enjoyed a week to remember and who would have been sulking on the way home?

Up to 12,000 punters were welcomed each day to the Royal Meeting

Gold Cup hero Subjectivist rightly hogged many of the headlines as he downed legendary Stradivarius in the Gold Cup.

Mark Johnston’s staying star looks to have the division at his mercy if he can hold off the three-time winner again at Goodwood.

But aside from the success of the Middleham yard, the likes of Karl Burke, John Quinn and Kevin Ryan also got in on the act.

Add into the mix first wins for jockeys Clifford Lee and Jason Hart and it was a notable week for those based up north – especially after some leaner years in recent seasons.

Balding might not have officially been top trainer at the meeting – that went to John and Thady Gosden.

But if you asked both teams who enjoyed the week more, there would only be one winner.

After Kameko’s brilliant season last year, Balding was on the lookout for the next star to emerge from his famous Kingsclere Stable. Well, he looks to have found more than one.

Alcohol Free put up one of the performances of the meeting in the Group 1 Coronation Stakes and could take on the boys next time out.

Then two-year-old winners Sandrine and Berkshire Shadow showed the future is more than bright with victories in the Coventry and Albany Stakes.

It’s no secret, but Balding can train. The number of top-class animals he has on his hands will only continue to grow over the next few seasons. 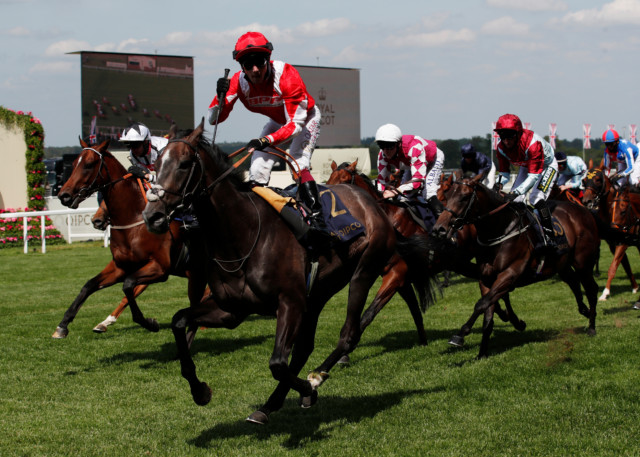 Berkshire Shadow was one of five winners for jockey Oisin Murphy

The speedsters have rightly taking some knocks in recent seasons, but if Ascot is anything to go by we might just have some cracking races to look forward to.

Battaash has been the only genuine household name over the minimum trips of late, but he fluffed his lines in the King’s Stand.

Step forward a resurgent Oxted, the exciting Rohaan and the gutsy pair of Dragon Symbol and Campanelle.

All of a sudden a host of these could be joining the likes of Dream Of Dreams and Starman in the July Cup. That could well be one of the races of the summer.

After leaping the sizeable hurdles of COVID and Brexit, the European challenge looked like it may ruffle some feathers on the track this week.

French-trained Suesa was all the rage as the rain came in the Commonwealth Cup and if you’d given me a penny for every mention of German raider Novemba, I’d have been able to buy her.

Suesa was beaten over eight lengths into eighth, while Novemba was a more creditable fourth in the Coronation Stakes.

French and German racing has lacked depth at the top level in recent years and they may be counting their blessings not many trainers on these shores are daring to venture over the Channel given the protocols. 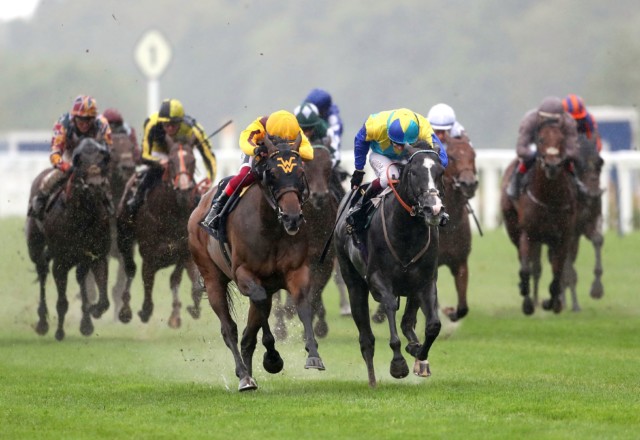 This one if firmly filed in the ‘unlucky loser’ category.

The Lambourn handler was headed to Ascot with his strongest-ever hand and the weather could not have been more welcoming in the build-up to the meeting.

Impressive sprinter Starman was favourite for the Diamond Jubilee and improving filly Primo Bacio was well in the mix for the Coronation Stakes.

That all changed on Thursday night as the heavens opened just days after a heatwave. Walker was forced to withdraw his pair, who both run in the colours of David Ward.

They will have their moments this season, but it shows you just how hard it is to get these horses ready for their day in the sun – or rain. 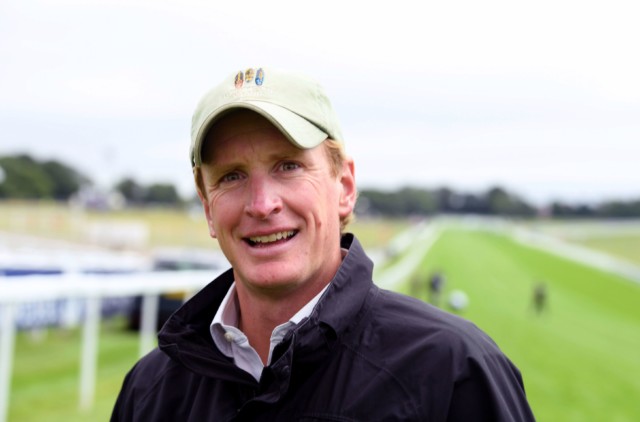 Walker was forced to take out both Starman and Primo Bacio

Are the days of Stradivarius and Battaash numbered? You’d be brave to blurt out a quick yes, but if the past few days are to go by then there time at the top may be coming to an end.

Sprint king Battaash lost his crown in the King’s Stand. Admittedly the Ascot track has never been his cup of tea, but he was well-beaten by Oxted. Trainer Charlie Hills has got him back from a small setback but faces a challenge to get him back to his dominant best.

And at the other end of the distance chart, perhaps Stradivarius has finally met his match. Year after year the Gosden star has been a Flat racing sensation, a regular on the front pages of the trade paper and racing pullouts.

At the age of seven, might Mark Johnston finally have his match? We’ll find out at Goodwood and that’s what makes this sport so great.