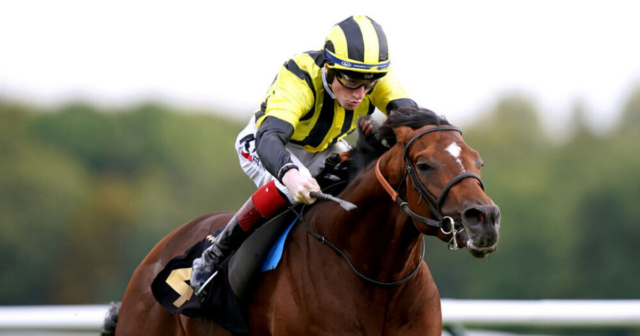 A ROYAL ASCOT winner named after an MMA fighter can knockout his opponents in a rare midweek Group 1 on Thursday.

Eldar Eldarov was a brilliant winner at Royal Ascot

The Roger Varian-trained 5-2 favourite powered home to see off 20-1 Zechriah under Colin Keane.

The win was a good return for backers, who could find the horse at 6-1 in the market after declarations.

He also won as one of the lowest rated runners in the race off a mark of 95.

The second, third (106-rated Hafit), fourth, fifth and sixth horses were all rated higher, showing the selection has scope for further improvement.

And he will need it in the 1m4f Grand Prix de Paris at 7.50pm in Longchamp on Thursday night.

Unbeaten in three, Eldar Eldarov will hope reaching a happy middle ground of 1m4f will be to his benefit after wins at 1m6f and 1m2f, with his debut triumph coming just over a mile.

He looks to possess plenty of speed and the Ascot win showed he has the heart for battle – much like his MMA namesake, who once fought Khabib Nurmagomedov.

The only concern looks like it could come over the forecast very soft ground.

Eldar Eldarov’s wins have come on good to firm and good to soft on turf – but there is hope it goes firmer amid the searing temperatures.

There is also the danger of Donnacha O’Brien’s Piz Badile, who flopped in the Derby but looked back to somewhere near his best when getting trounced by Westover in the Irish equivalent.

While Christophe Soumillon, so impressive in winning the Coral-Eclipse on Vadeni, will ride son of Frankel L’Astronome.

The three-year-old colt is three from four and his past two wins have come at the track over 1m3f on soft and good to soft.

In this article:mmafighter, onthursday, thegroup