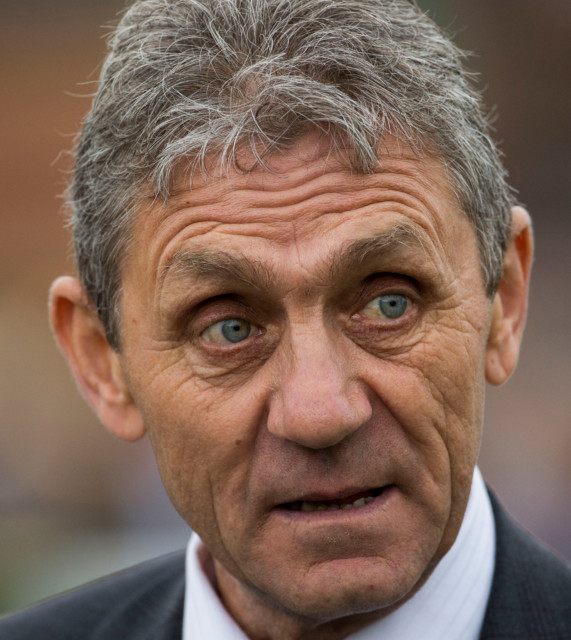 ROYAL ASCOT winner David Evans has revealed all about the ‘ridiculous’ drinking sessions that nearly killed him.

The trainer would guzzle Foster’s at 7am and drink long into the night, developing ‘crippling’ pain in his guts that put him in hospital.

Doctors warned him he had to stop the booze and the cigarettes after developing GANGRENE in his pancreas.

Now he is feeling fitter than ever at 68 after giving up all his vices – and getting his highs from horses instead.

Evans looks to have a star on his hands in the shape of Royal Ascot winner Rohaan.

His 8-1 triumph in the Wokingham Stakes during the royal meet was the three-year-old’s third in a row – and brought with it a £64,800 cheque.

He has been entered into the King George Qatar Stakes at Glorious Goodwood, where he could run against the likes of Battaash and Dragaon Symbol.

Big things await, for him and Evans, after a remarkable change in the trainer’s life off the racecourse.

Speaking about his legendary drinking, Evans told the Racing Post about the turning point that led him to quit altogether.

After a monster session in business class on a flight back from Dubai, Evans admitted: “I was crippled up with guts ache.

“My stomach swelled up and I couldn’t get rid of it. I went to the quack and ended up in hospital for a week.

“I couldn’t eat, drink or move and I was in agony.

“Eventually I had a scan and they told me I had gangrene in the pancreas and put me on a drip for six days.

“So much of the pancreas had died off, although the liver and the kidneys are fine, which is amazing given what I’d done to them.

“The specialist said that while he’d usually advise somebody in that state that they could have a couple of drinks when they felt like it, with me he just said I should never drink again.

"It's hard to believe that it's happened"

“The specialist probably thought I was a complete alcoholic, which I wasn’t.

“I just really liked drinking. But if I’d kept on drinking and smoking, I’d be dead by now.”

Evans is no stranger to controversy.

One of the horses he trained sparked a storm for having a racially insensitive name last December.

Evans’ assistant Emma Folkes, who named the horse, apologised for the ‘innocent mistake’.

In May, his horse Choux landed a major gamble on debut after an avalanche of money saw it plummet from 40-1 to 100-30 minutes before the off.

Well, you have to be a bit shrewd to have brought in nearly £2.5million in the past five seasons.

July Cup next! Rohaan was an outrageous winner of the Wokingham and David Evans is looking at Group 1 targets next… #RoyalAscot

Credit to Evans, then, for ditching the booze.

The Monmouthshire-based trainer says he does not even like the taste of it anymore, which is ‘ridiculous’ given how much he used to consume.

Evans said he was ‘six out of ten’ after landing his first Royal Ascot winner with Rohaan.

Speaking to ITV he joked: “I can’t even celebrate with a drink, can I?”

Evans might have to get used to many more sober nights after big wins if Rohaan keeps romping home.

Not that he’ll mind.