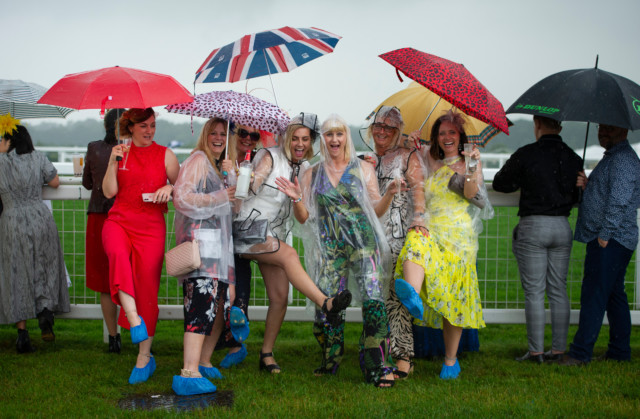 ROYAL ASCOT has been hit with a three-day yellow weather warning as thunderstorms threaten to cause havoc with punters.

Although the sun is shining for day one as 12,000 racegoers ready themselves to take to the track, a warning is in place from Wednesday.

Punters were hit by rain at Ascot in 2019

The nation has been basking in a prolonged sunny spell, with temperatures hitting 28C and the going good to firm, good on the course.

But the Met Office have put in place a yellow weather warning from Wednesday until Friday, with a good chance of rain from Thursday morning until Friday night.

The warning is in place from 6pm tomorrow – ten minutes before the final race of the day – and is set to end at 6am on Friday.

Describing what punters can expect, a message on the Met Office’s official website read: “Some places are likely to see thunderstorms later Wednesday through to Friday with the potential for travel disruption and flooding.”

Today it is going to be slightly cooler than the last few days, with highs of 24C in the south and 20C in the north.

But up to 50mm could fall in some areas on Wednesday over the space of just two hours – equating to the average amount in South East England for the entire month of June.

It comes as high pressure makes its way from the Azores island in Portugal, settling across the Midlands and the southeast of England. 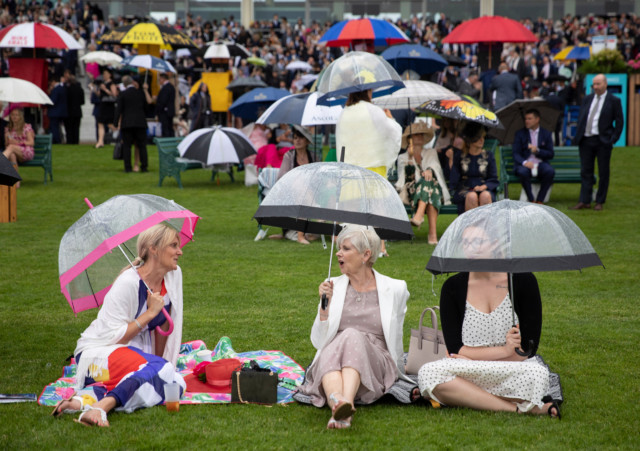 Parts of the UK were hotter than the Bahamas yesterday, as temperatures in the West Indies holiday hotspot only reach 26C.

And though it is likely to stay sunny for the first two days of the five-day festival, rain is expected from Thursday, which is Ladies Day.

Ascot clerk of the course Chris Stickels spoke of plans should thunderstorms move in. 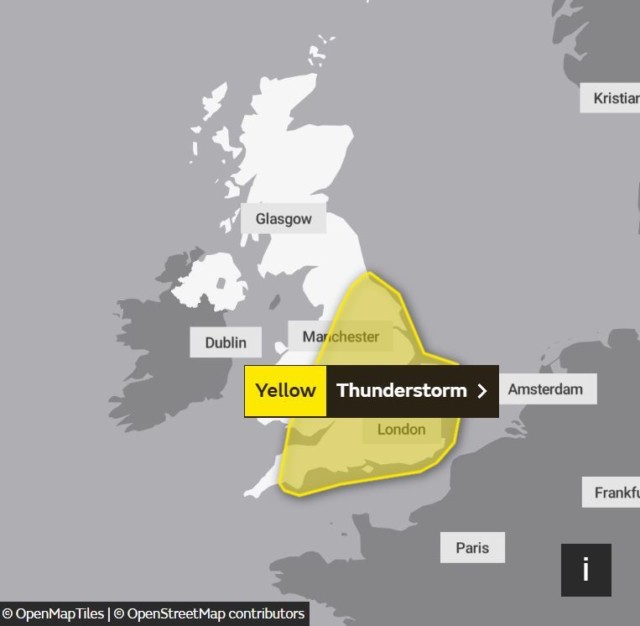 He said: “There does look like a breakdown in the middle of the week. Certainly Wednesday night into Thursday, when some thunderstorms might develop from northern France.

“The nature of thunderstorms is they are hit and miss, but there is confidence in that forecast after racing Wednesday and on Thursday.”

Photos showed racegoers dressed up smartly taking cover from the driving rain, before the sun returned for the Derby.