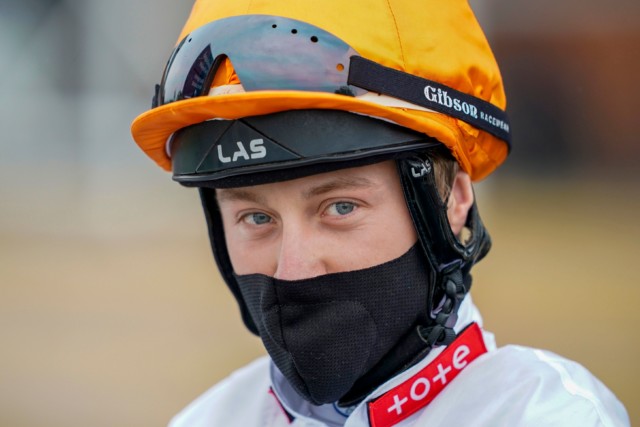 HE always had big shoes to fill, but Cieren Fallon is making giant strides as he steps out of the shadows of his illustrious dad.

The son of Kieren Fallon, six-time champ and 30-time Royal Ascot winner, has quickly emerged as a potential champion in his own right.

In his first full season he was crowned top apprentice and he has started again with a bang, notching his first Group win on Oxted in the first week.

Sport is all about momentum and now he has Royal Ascot in his sights.

Last year he managed only a handful of rides at the Royal meeting, but Fallon means business this time around.

He said: “I want to be riding on the biggest stages now and against the top jockeys in the bigger races.

“We’re not going to miss Ascot to go and ride at Chepstow for five or six chances. I’d rather go to Ascot for one.

“This year we’re going in with much more of a chance, a few more opportunities and some nicer rides. So hopefully we can get lucky and a ride a winner!”

But the ambition does not stop there.

Fallon wants to be champion jockey one day, and who would bet against him achieving that feat?

It’s quite a statement from Fallon who rode his first winner only a month into his career at the end of 2018, but with the team he has around him it is no surprise he is aiming at the stars.

He added: “Champion Jockey is what everyone dreams of, it’s like a footballer trying to win the Champions League, winning on the biggest stage.

“In five years time I’d like to be battling out for a jockey’s title and also be retained by a big stable and some big owners.

“I’ve got a long way to go, lots still to learn, but down the line that’s where I’d love to be.”

His racing pedigree has taught him plenty about the sport, but Fallon is relieved to be losing the ‘son of Kieren’ tag.

Last year’s hard yards have ensured he is in demand.

He said: “It helped me get some rides early on, but I think I’ve proven myself now and trainers have started to believe in me.

“Now people are looking at me not just because of my surname and looking at me as a rider and hopefully we can keep taking those steps forward.”

Fallon’s mum Julie was also a successful rider but a career in the sport was not always the aim.

It took a late change of heart and a bit of social media ‘fomo’ to convince him to change course.

Fallon explained: “I was away at boarding school in Wales, and after my parents split up when I was young I never really had much interest in horses.

“I went back to Wigan and studied personal training, and then I started to see the pictures on the walls of dad and David Egan, who I was best mates with, kept putting pictures on Facebook.

“So I thought I want to give this a go. I gave dad a call who took me down to Adam Kirby’s place.”

From then on he was hooked and went from Newmarket’s racing school to landing a job with Haggas.

Family ties have surely provided a stepping stone, but Fallon has proved he has the talent to plough his own furrow.