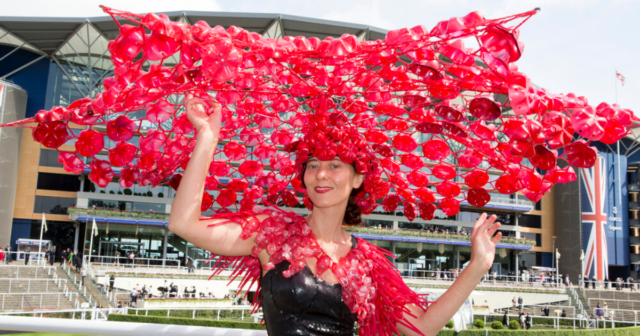 ROYAL ASCOT is the most prestigious horse racing festival in the world – but it doesn’t half come with its fair share of drama.

From boozy bust-ups to celeb spottings and a little bit too much fun in the sun, the Berskhire track has just about seen it all.

Royal Ascot is famed for big winners, big horses… and even bigger hats

It looks like being an absolute scorcher for this year’s meeting, with temperatures set to hit 30 degrees Celsius.

And the action will no doubt be heating up on and off the track too, as some 250,000 punters are expected to pile in over the five days.

Here, Sun Racing takes a look at some of the most shocking moments in recent years as punters get ready to place their bets for 2022.

For such a genteel meeting bringing together royalty and the great and good of music, sport and just about everything else, there sure have been a few tear-ups at Ascot.

On Ladies Day 2017 one burly bloke ripped off his shirt Hulk Hogan-style for a scrap.

The report at the time said the bare-chested man with his fists up shouted ‘let’s finish it off’ as he went for another punter.

A video then showed one woman hitting another before a third fell on the floor.

Ascot security waded in to break up the fight, which happened after the last race.

One shirtless scrap took place in 2017, much to the shock of onlookers 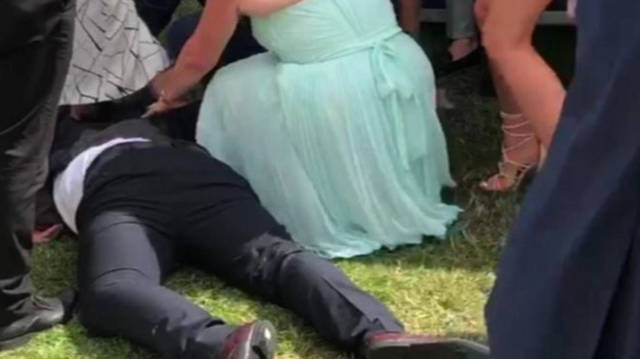 Similar ugly scenes happened in 2018 and again in 2019 when, incredibly, a former Watford footballer was caught scrapping.

SunSport told you how Reece Miller, 18 at the time and now a player for fifth-tier Aldershot Town, was seen in the brawl.

Wearing a pinstripe suit and top hat, Miller, a former acadmey stricker who was suspended by the club, traded blows with another racegoer.

A club spokesman said at the time: “As soon as the footage was brought to the club’s attention, an immediate decision was taken to suspend the player.”

Three people were subsequently arrested on suspicion of affray.

Nowadays it sounds like the ex-England striker is reduced to tears watching daughter Gemma on Love Island every night.

But they were tears of joy in 2011 when his beloved Brown Panther won the King George V Stakes.

Overcome with emotion, Owen, the former Liverpool and Real Madrid star who was playing for Manchester United at the time, said: “The problem with racing is you’ve got no control whatsoever. 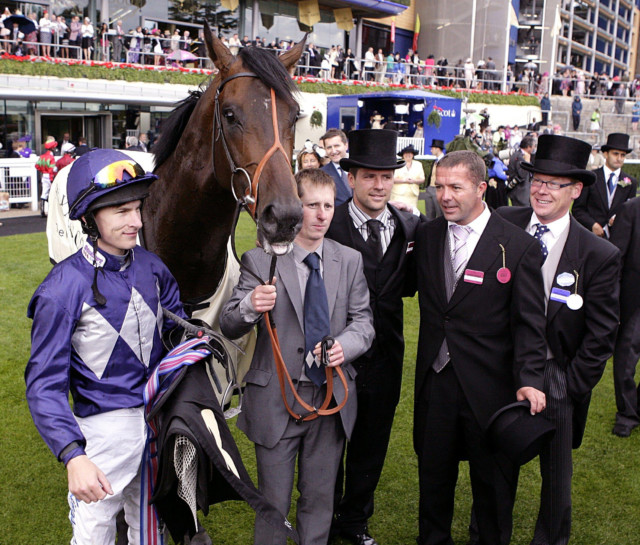 “I don’t get nervous playing football because I can do something about it. Racing, you’re just in the lap of the Gods.”

They were certainly smiling down on him that day as the horse he bred at his Manor House Stables announced himself on the big stage.

Tragically, though, the horse suffered a fatal injury in 2015 and Owen called his passing ‘the saddest day of my life’.

Some 23 years before Brown Panther, it looked like Ile De Chypre was going to win the exact same race.

But disaster struck with one furlong to go when the horse jinked violently left and sent jockey Greville Starkey flying.

That looked like being the end of it, a freak finish – until a bizarre legal drama involving an alleged stun gun got to the crown court.

Car dealer James Laming claimed he spooked the horse by using a stun gun hidden inside his binoculars.

Laming had been accused of links with a Peruvian drugs gang.

Part of his defence was that the cash with traces of cocaine found in his car had been money paid out by bookies after his alleged coup.

Nothing was ever proved conclusively regarding the gun, but Laming was convicted of being involved in the drug plot and of taking part in a conspiracy to supply cocaine.

Yeah, yeah the horses are brilliant, but for many Royal Ascot is all about having an excuse to dress up.

We’ve seen some real hit and miss pieces over the years.

And some hitting the style mark – with others falling way short of it – looks another safe bet for 2022. 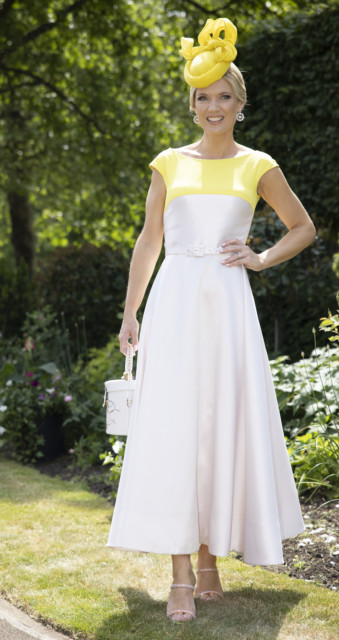 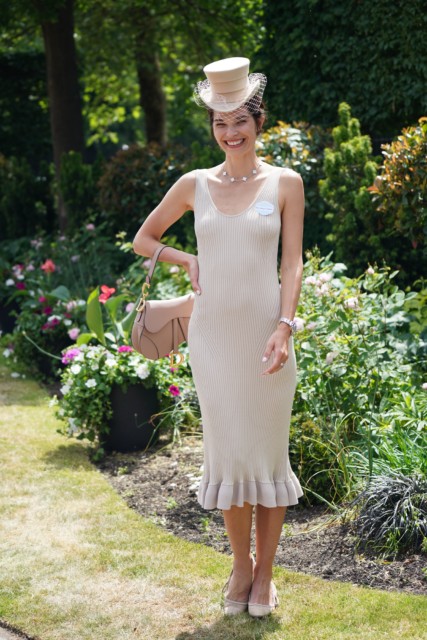 Royal Ascot is the perfect excuse to wear your finest clothes 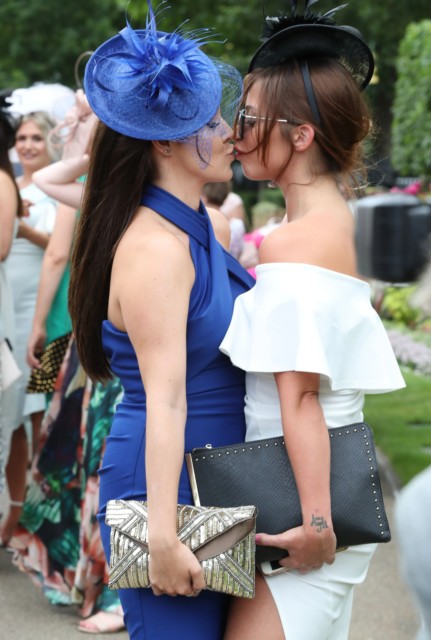 Two punters pucker up for a day out at Royal Ascot

WIN OR LOSE THEY’RE ON THE BOOZE

It’s important to remember that everyone should drink responsibly, especially at Ascot under the summer sun.

But despite best intentions, it’s clear some people overindulge – whether toasting a big winner or drowning their sorrows after a tough day with the bookies.

After limited crowds last year and none in 2020, let’s hope everyone has something to celebrate this week. 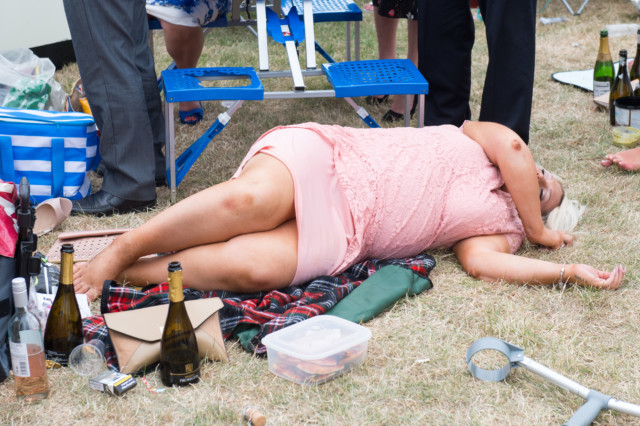 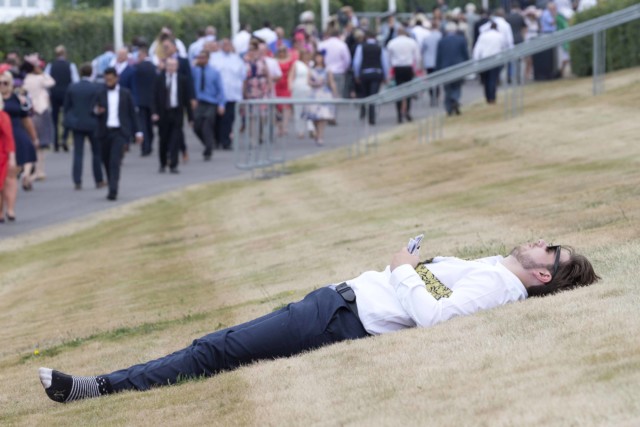 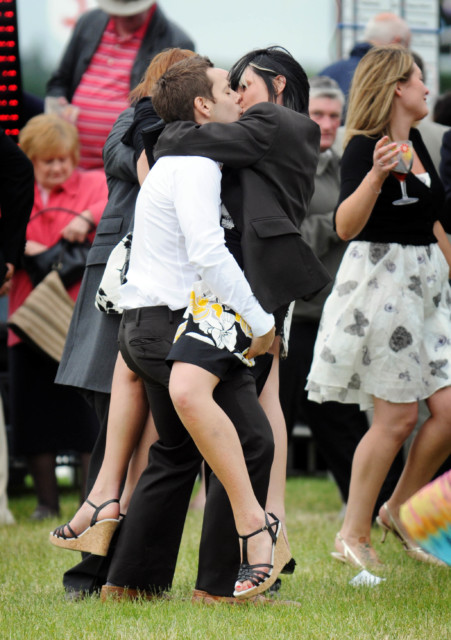 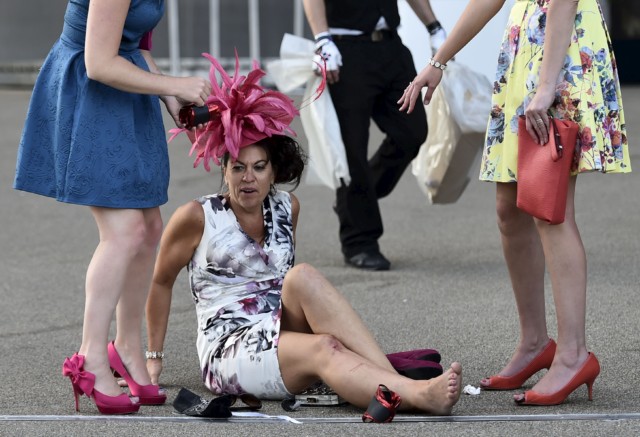 It’s important to pace yourself at Royal Ascot, you don’t want to be a late faller