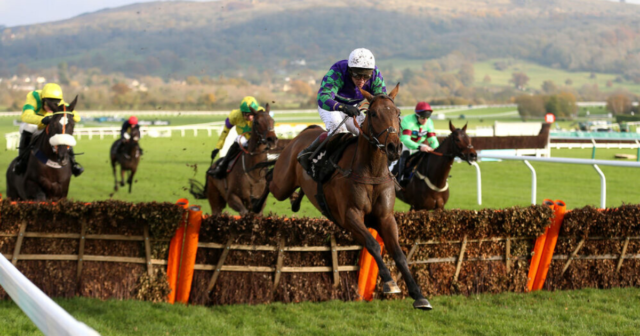 RUBY WALSH has revealed the ‘forgotten’ horse punters are missing a trick not backing for the Cheltenham Festival.

The ante post markets are really starting to take shape with just five weeks until the season’s biggest meeting.

Walsh was taking aim at the Stayers’ Hurdle and the recent poor run of Klassical Dream when letting slip which runner he likes the look of.

Klassical Dream, Champ and Paisley Park – who rolled back the years with a remarkable win in the Cleeve Hurdle last month – are all high in the betting.

But Walsh thinks one horse in particular is being overlooked.

The legendary former jockey told the Paddy Power From The Horse’s Mouth podcast: “I think Thyme Hill is slightly forgotten – he obviously missed the race last year, went to Aintree then when he beat Roksana.

“Had a poor run in France but I think that’s a hard race to win in France without a prep at that time of the year November time, the French horses have been in training and tuned up in August, September, October for that big meeting in Auteuil.

“It’s hard to go there with no run under your belt and beat them.

“I thought he ran well behind Champ in the Long Walk when he was second – I think he’s slightly the forgotten one maybe that we glanced over.”

Thyme Hill is a best-priced 5-1 for the race now, with almost all firms going non-runner no bet.

The ex-rider said Aidan Coleman should give up on the horse after he went the wrong way at the start and gave rivals a 20-length headstart.

Walsh, who revealed another fancy for the contest, added: “What Paisley Park did was remarkable.

“Look as I said it wouldn’t have happened if I was riding him – I definitely would have pulled up thinking about this race.

“I thought Champ was disappointing in it. I find it a hard race to get a handle on.

“Look if you’re pushing me I’d probably be going with Sporting John each-way, but I don’t have a strong opinion on the race.”