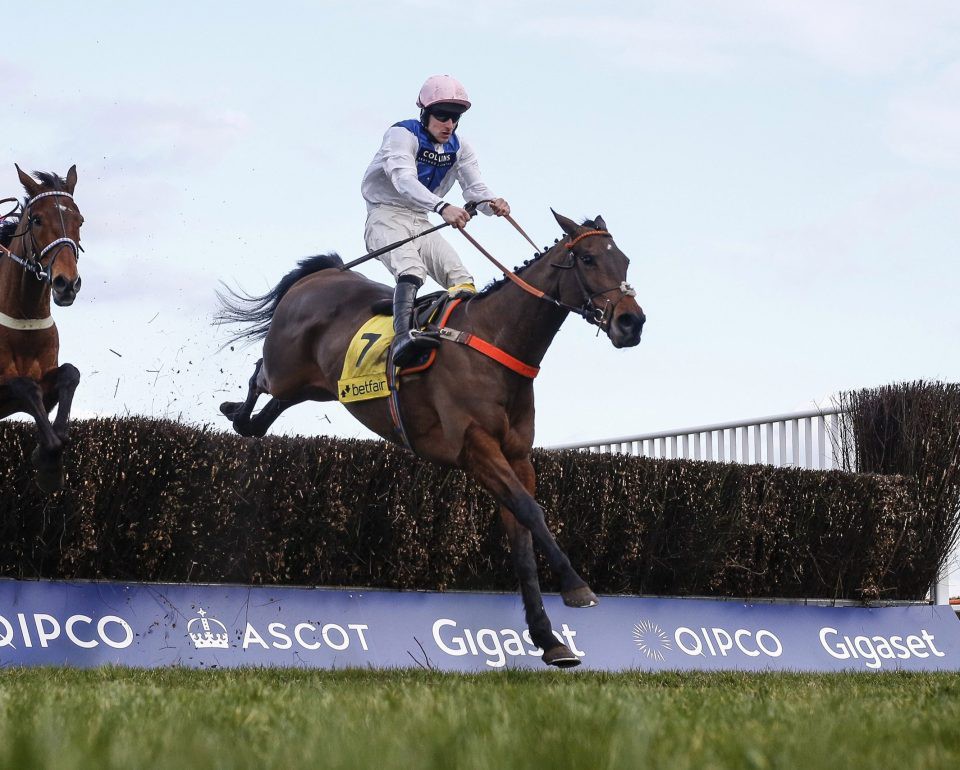 RUTH JEFFERSON is eyeing up the Tingle Creek for king of the north Waiting Patiently.

Yet to be seen this season, the Grade 1 winner is set to take on Defi Du Seuil and Un De Sceaux at Sandown on Saturday week.

After skipping the Haldon Gold Cup at Exeter following a bad scope, Jefferson thinks the drop down to two miles will suit her stable star.

Jefferson told Sun Racing: Ours hadnt been firing early this season so we had them tested and they came back with a bit of mucus on the throat.

They seemed to be over it but we tested him again before Exeter and he still had it, in fact a really rare bacterial infection.

We had the Haldon Gold Cup in mind as wed find out if he was still quick enough to go over two miles, but were now leaning towards Sandown.

The Tingle Creek would tell us plenty, while if we go for the John Durkan or the Peterborough Chase at Huntingdon its what we know already.

The stocky son of Flemensfirth endured a frustrating 2018-19 campaign, unseating at the ninth when badly hampered in the King George before defeats at Ascot and Aintree.

But Jefferson hopes he can regain the winning thread in Sandown’s feature race, for which he is a 12-1 shot with William Hill.

Jefferson added: Its nice not to have to take on horses like Altior over two, but with Defi Du Seuil, Un De Sceaux and the likes of Politologue it will be no easy race.

The horses are starting to come forward now and we know how good this horse can be on his day, he seems in good form at home.

If the two mile route works theres a load more options out there and we could think about the Desert Orchid at Kempton or later down the line the Dublin Festival at Leopardstown.

Meanwhile, popular chestnut Double W’s will kick his season off at Newbury this weekend.

The nine-year-old, who enjoyed his finest hour when winning the Red Rum Handicap Chase at Aintree in 2017, will tackle the 40,000 Ladbrokes Handicap Chase.

Jefferson said: “It’s slow side of good at Newbury so provided they don’t get a load more rain he will take his chance.

“I’d like to think he can still be competitive off his current mark, he won his races convincingly in the spring, but it is his first run of the season so he will probably come on for it.

“If we could get him back in the Red Rum Handicap at Aintree in April and get him to go close again we’d be thrilled.”