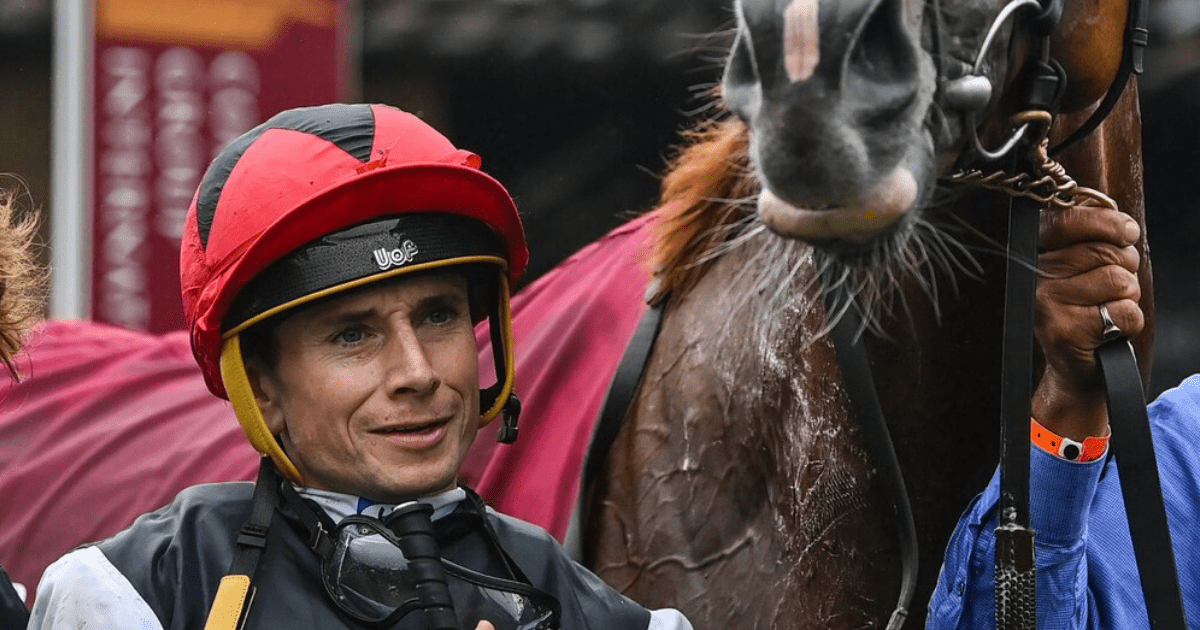 RYAN MOORE has sounded the alarm over the going at Longchamp on Arc de Triomphe weekend – with more and more rain set to fall.

Aidan O’Brien’s No1 rider has a blockbuster book of rides on Saturday and Sunday.

He will have the weight of the world on his shoulders as he rides favourite Luxembourg in the big one on Sunday afternoon.

But there is a whole host of top class action on Saturday too.

And one of the big rides Moore has is on superstar stayer Kyprios.

Speaking to Betfair, Moore was at pains to make clear how an extreme sort of going – such as the heavy we saw on Arc weekend last year – could impact the four-year-old’s chances.

Kyprios goes into the Prix du Cadran on a five-race winning streak.

He won the Ascot Gold Cup over 2m4f – the same trip as Saturday – on good to firm.

The going for much of Longchamp is currently soft with some good to soft, but this is expected to change with more rain forecast.

Speaking of 4-5 fav Kyprios’ chances, Moore told Betfair: “Whether he wants it as deep as it could be here is questionable, and I respect the claims of a few of his rivals, most obviously Quickthorn, but he sets a very high form bar for the others to reach.

“He is tough and professional, and he has met every challenge that has been thrown at him in Group 1 company lately, and maybe with a lot more in the locker if required.

“Of course, we will be disappointed if he is beaten but the conditions could possibly could be a leveller.

“I think he can probably handle anything the weather throws at him, though.”

The other really eye-catching ride comes in the shape of Grocer Jack, the William Haggas-trained five-year-old who is currently a best-price 9-1 for the Group 2 Prix Dollar.

Moore thinks he has a chance at the odds.

He said: “I see he isn’t among the market leaders but I can see him running well here.

“He looks pretty ground versatile, and tactically too, and he comes here off the back of a very good second at Windsor last time, a race in which the third, Royal Champion, came out and scored impressively at Ayr.

“He probably needs to raise his game a touch but I can see him going well.”