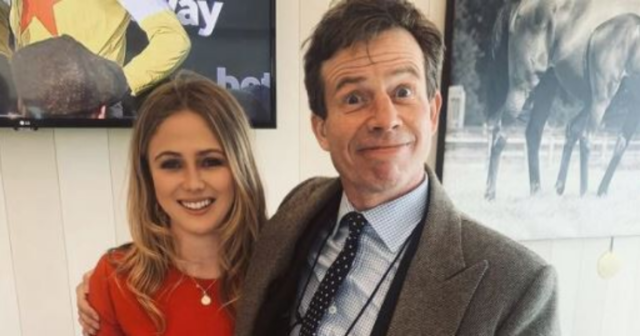 RACING is all about pedigree and bloodlines – but now it’s extending to the jockeys as well as the horses!

Several father and daughter combos are lighting up racing, winning the biggest prizes and providing exciting glimpses into the future of emerging talent.

Saffie and Jamie are storming up racing’s ranks, with Saffie being the star of the £2m Racing League

One has taken the £2million Racing League by storm while another last year became the first female to win the prestigious King George at Kempton on Boxing Day.

Here, SunSport looks at the dad-daughter teams who are stable stars in their own right.

Punters will remember dad Jamie, 53, well for his exploits in the saddle through the Nineties.

He was leading jockey at Cheltenham Festival in 1992, riding a treble on one day, won the ultra-competitive Irish Grand National in 1995 and finished runner-up to Sir AP McCoy in the champion jockey table in 1997.

Jamie was an expert over jumps but daughter Saffie is a superstar on the Flat.

She is eyeing up a £25,000 bonus as top jockey in the inaugural Racing League and has earnings of just under £250,000 so far this season.

Not bad for a teenager.

All the more remarkable is she has done it all while facing horrific death threats and being battered by awful injuries.

The future looks bright for this duo, who even have a cult following on social media thanks to their brilliant antics on camera. 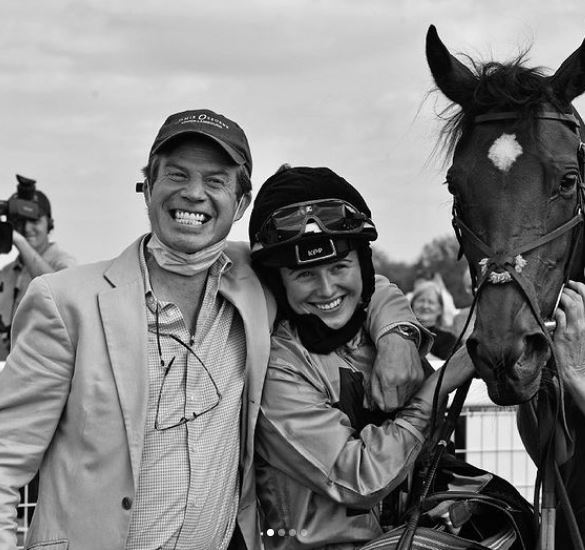 The duo are regularly seen in the winners’ enclosure 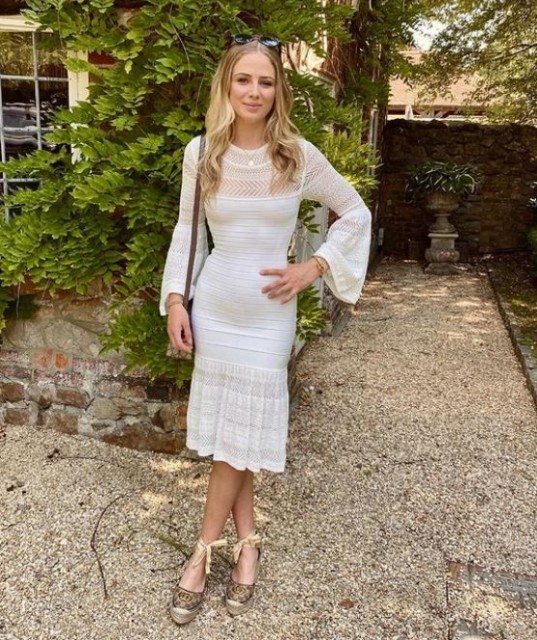 The jockey can land a £25,000 bonus if she keeps her position at the top of the Racing League

Imagine the pressure wanting to be a top jockey knowing your dad won the Grand National.

Fortunately for SunSport columnist Bryony Frost, 26, she doesn’t feel any of it.

The trailblazing jumps jockey has broken down barriers throughout her career – and she’s nowhere near done yet.

First woman to win a Group 1 race over obstacles with victory on Frodon at Cheltenham Festival in 2019. 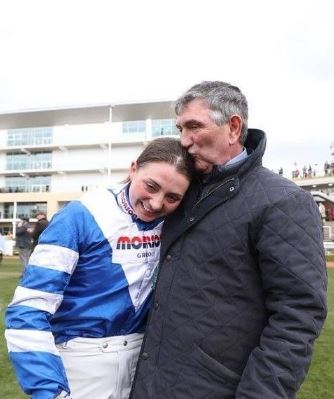 Bryony and dad Jimmy, who won the Grand National, are both stars of the saddle 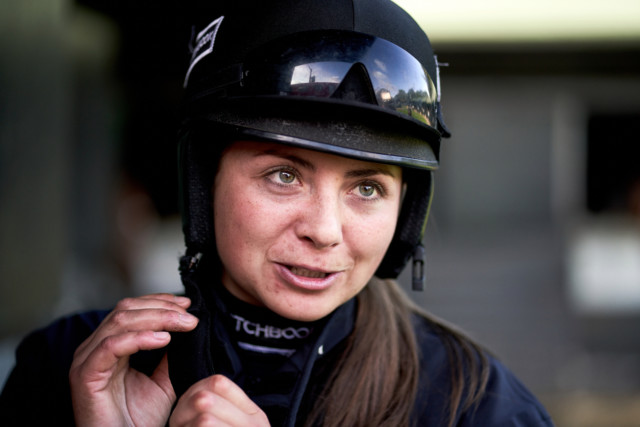 First woman to win the King George at Kempton on Boxing Day, again on Frodon.

Next step is emulating dad Jimmy and winning the big one at Aintree next April, mirroring his 28-1 achievement on Little Polveir in 1989.

Possible? Jimmy thinks so. He even reckons his daughter is a better jockey.

He said: “She’s a lot better than I was! Her judgement of pace is better.

“If we share any similarities [as jockeys] it’s over fences, our style and the way we approach them is similar.”

The powerhouse father-daughter duo in racing, Megan, 24, has inherited her old man’s knack of getting the very best out of each and every horse.

A highly promising Flat jockey, dad Paul, 59, is famed for his success with runners over jumps and is 12-time champion trainer, who includes the Grand National on his CV.

Despite the difference in codes, it was fate that Meg’s biggest winner to date should come on a horse trained by her dad.

She raised both arms in joy after scooping more than £19,000 on 8-1 Knappers Hill at the Grand National festival last April. 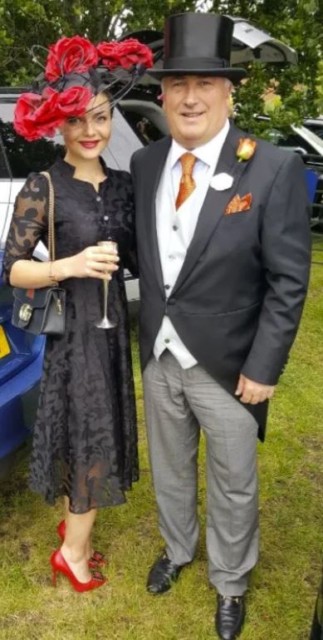 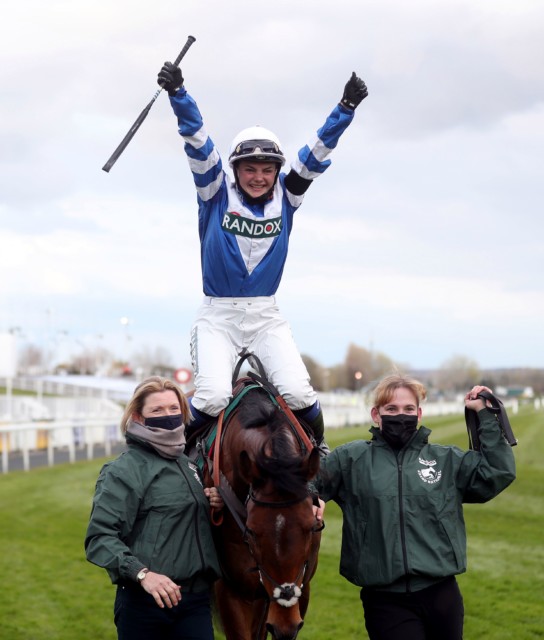 But if you want a real against-the-odds success, look no further than Abbie and Ella’s remarkable 132-1 double just last month.

Abbie, 21, won on Zafar at Uttoxeter – a horse owned by mum Sian – before Ella, 20, sprung a big surprise on 18-1 Russco 30 miles down the road at Wolverhampton.

The girls have previously said about seeing jokes about dad Donald raising his stud fees – no wonder!

The McCain girls really are chips off the old block. 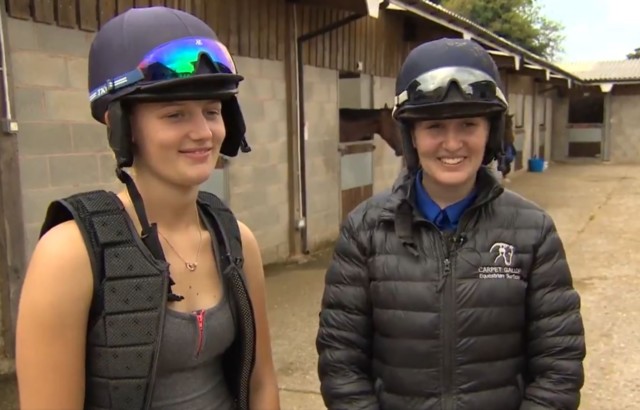 Ella, left, and Abbie McCain rode a 132-1 double on the same day

Trust dad Kevin not to mince his words when describing Tia’s nerves before her big race debut last January.

“She was bricking it,” said the former England and Sunderland striker.

She performed admirably and has gone on to have nine more starts, coming just a length away from her first win earlier this month.

Apprentice jockey Tia scooped a tidy £1,270 for connections after her runners-up finish on 10-1 Jack Ryan in a 6f contest at Brighton.

No doubt one for the future, if she continues in the same vein of form as these other daughters of top stars then keep an eye out in the winners’ enclosure from now on. 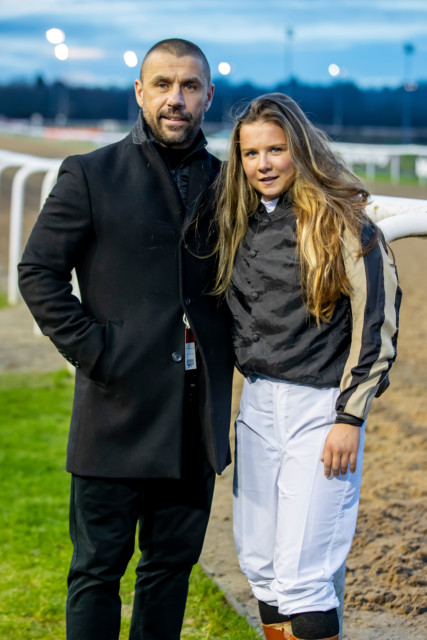 While not a fully fledged jockey in her own right, Ella, 19, impressed on her debut at Glorious Goodwood last month.

Led down to the start by her dad, Ella raced in the charity Magnolia Cup, doing her father and entire family proud.

Dettori has five kids with wife Catherine but it’s Ella who, at the moment, looks like she could be the one to carry on the family role.

She says she can’t watch these days when Frankie, 50, leaps out of the saddle after yet another winner. 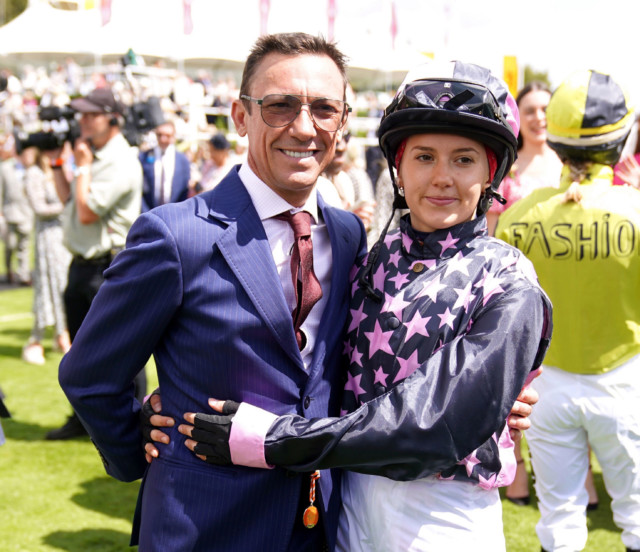 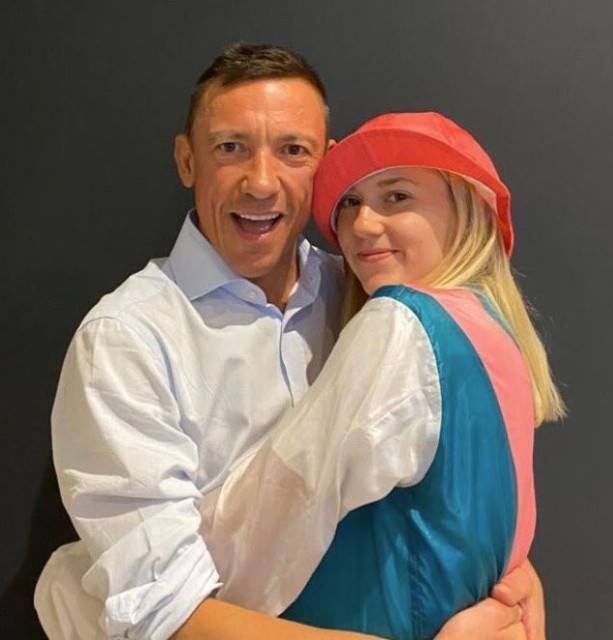