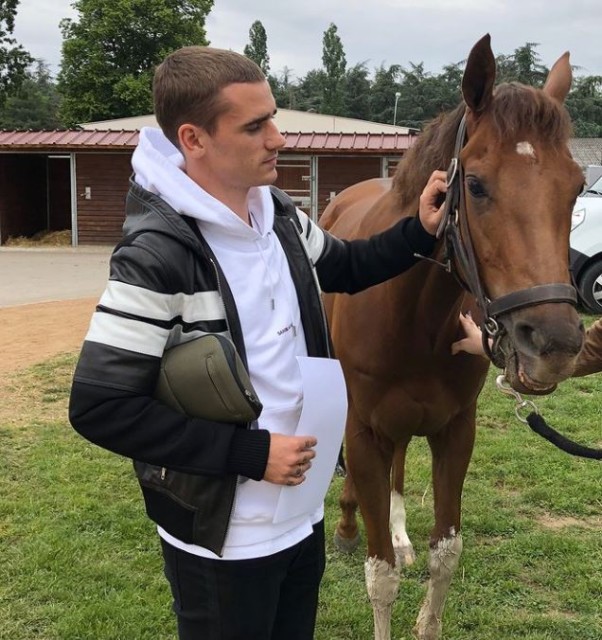 WORLD CUP winner and Barcelona forward Antoine Griezmann is thriving in his secret career as a top racehorse owner.

The 30-year-old France superstar earns around £345,000 per week while starring up top alongside Lionel Messi for the Nou Camp club.

The World Cup winner is making a name for himself as a top class racehorse owner
Griezmann enjoyed a breakthrough month last month, winning his first listed race as an owner

But it is far, far away from the iconic 99,000-seater stadium and the relentless pressure of top flight football that he is carving a new path.

Instead, we must go to back to France, to racetracks such as ParisLongchamp, Chantilly and Cagnes-Sur-Mer, where Griezmann has quietly won £99,500 from his runners.

Just last month, on April 22, he landed his biggest victory yet on the same day he scored a 93rd-minute penalty in a 5-2 LaLiga thrashing of Getafe.

While Griezmann was getting ready for the game, his horse Hooking won the Prix du Pavillon Royal 1m1f contest.

First place in the listed contest brought with it a cheque for £22,321.

Not even a day’s work for the footballer in Spain – but a giant step up the ladder of the world of top class French racing.

Speaking after the win, ex-Atletico star Griezmann told Le Parisien: “I am very happy and super happy for trainer Philippe Decouz and his team.

“There is a lot of work behind all this. Often, we don’t think of them on a daily basis. 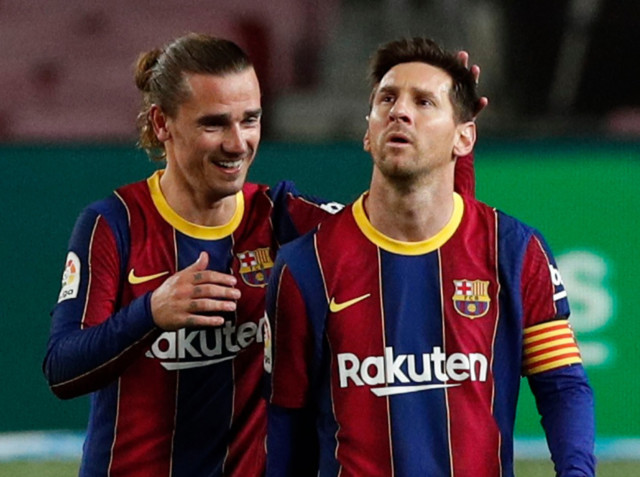 “Then there is the riding of [jockey] Aurelian Lemaitre, who rode very well with a little bit of luck, of course, but it was top.

“I am very happy with this first Quinte [listed race] victory. I want to take on the big owners.”

The billionaire Wertheimer brothers, who own Chanel and are racing’s richest family, have long been powerhouses in the sport.

But who is to say Griezmann, who keeps all his horses near where his father lives in Macon, Burgundy, cannot one day challenge them?

After all, he landed another winner just four days later when three-year-old Natsukashi won on debut at Chantilly, earning a cheque for £12,000.

OK, so it’s not exactly the Prix de l’Arc de Triomphe – but these things take time.

And you can add the name Krishnadargent to the ever-growing list of winners from Griezmann’s yard too, so momentum is building.

Griezmann’s love of racing was passed on down to him by his dad, Alain.

Officially, Antoine has been a racehorse owner since 2017. He currently has 12 proper racehorses in his yard and a further nine who compete in trots.

And, like any owner, he takes great pride in naming them.

Four years ago he gave one the title Princesa – the nickname of his eldest daughter, Mia.

A famously family-orientated sport, it seems fitting that Griezmann has also gone into the breeding business with stallion Tornibush.

Again, small change for one of the world’s best forwards.

But if football and sport has shown us anything in recent weeks, it’s that cash is not always king.