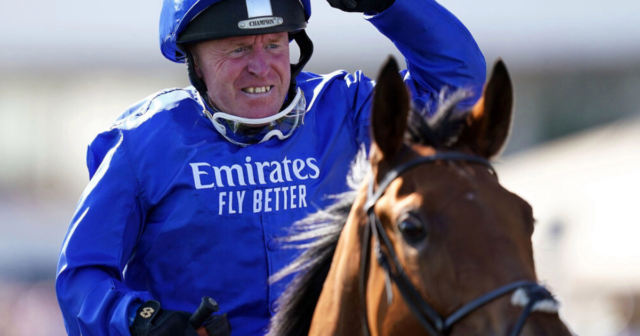 A SEX-BAN jockey known as ‘Angry Ant’ has revealed how he gave up all of life’s pleasures to land one of his biggest wins in a dramatic photo finish.

Ecstatic Gary Bardwell scooped the £5,900 first-place prize in the Leger Legends Stakes at Doncaster – 18 years after his last winner.

The 52-year-old could count two Chester Cups among his top victories during a career which included more than 500 winners.

But it was the race of the heroes at Donny – which included the likes of Barry Geraghty and Richard Johnson – that gave him arguably his sweetest yet.

And the delighted jockey revealed afterwards it came at an enormous personal cost after eight failed attempts.

Like a boxer preparing for a heavyweight bout, Bardwell hit the gym every day and said no to booze and sex for six weeks.

He officially retired in 2003 but got himself back into tip top shape for the ride on 11-1 Natural Colour.

Afterwards, he spoke of the personal sacrifices he had made along the way for one more moment in the winners’ enclosure.

Bardwell said: “It’s taken me eight years to win this race and I am absolutely over the moon.

“I thought I was beat but it was a great feeling when the result was announced.

“I was getting a big tired in the last half furlong but she just held on.

“This is the most serious I have taken the race and the fittest I have been.

“I’ve been training hard for six weeks in the gym, running every night, no drink and no sex!

‘RUNNING EVERY NIGHT, NO DRINK AND NO SEX!’

“Today I didn’t have one drink at lunch and nothing to eat, just a bit of toast this morning, because I knew she would give me everything and I had to be ready for her.

“I’ve got all my family here today – my wife, my brothers, my kids and my grandkids – so it’s a special day.”

It could have been a very different story had Natural Colour not showed real guts to find the line ahead of the fast-finishing Shining Aitch.

The result went to the judges, where Bardwell’s mount was deemed winner by a short head. 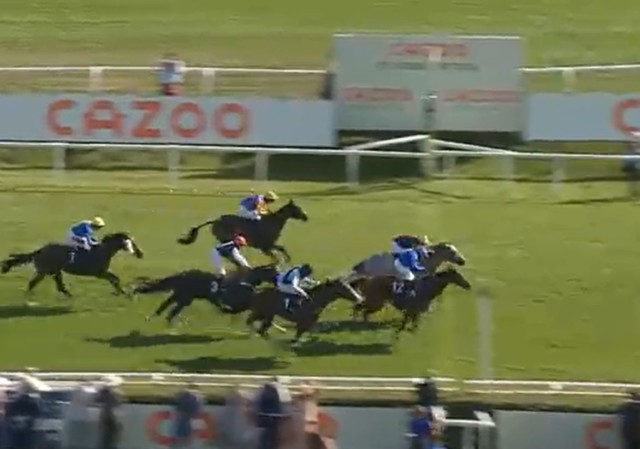