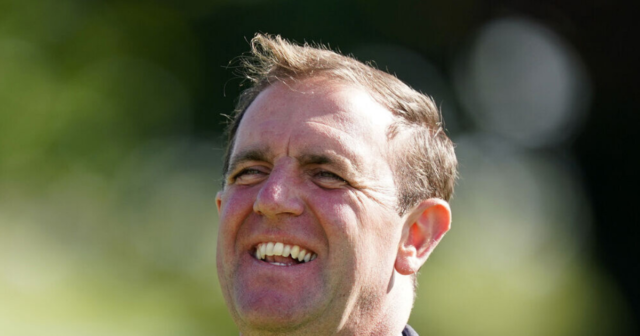 SHEIKH MOHAMMED is on the verge of coughing up £75,000 to run Nations Pride in the Derby.

A decision on whether or not the exciting colt will head to Epsom on June 4 is expected in the next 48 hours.

But the ruler of Dubai’s hand will surely be forced after champion trainer Charlie Appleby was left purring over the son of Teofilo’s piece of work in Newmarket on Wednesday morning.

Appleby said earlier in the week that Nations Pride would only be supplemented into the Derby field if he impressed in his midweek gallop.

And he told the Racing Post: “Nations Pride has impressed in his work at Moulton Paddocks this morning with William Buick on board.

“A decision will be made in the next 48 hours whether he will be supplemented for the Derby.”

Appleby could hardly have been more positive about Nations Pride when talking to the media at the Cazoo Derby Gallops Morning at Epsom on Monday.

The Derby-winning trainer also has Walk Of Stars and Nahaani entered in the Classic, but he said if he had the choice he would ride Nations Pride.

He said: “Nations Pride won the Newmarket Stakes and we said then is he a Derby horse.

“He is in the French Derby, which we have Modern Games pencilled in to go there. He will work on Wednesday, Nations Pride, and a decision will be made whether we supplement him on Monday.

“We are hoping we are. There is only one Derby, we all know that, but you only want to go there if you think you can win it.

“Nations Pride has a great profile that could turn up on Derby Day. He has had five runs under his belt and he was very impressive on his last start.

“He is a very neat horse and well balanced horse and out of the three he probably ticks the most boxes.

“If I was to say which horse I would like to ride, let’s get past Wednesday’s gallop and see the wellbeing of Nations Pride.

“But as we stand at the minute Nations Pride at the moment would be the horse.”

The bookies reacted by cutting Nations Pride into 8-1 from 10-1 for next Saturday’s Derby.

Coral spokesman David Stevens said: “Although the decision on whether or not Nations Pride will be added to the Cazoo Derby field has yet to be made, he was the subject of a glowing report from connections following his gallop at home.