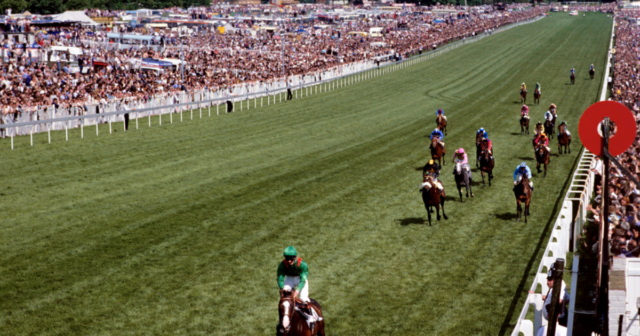 The Racing Post report a half-sister to dual Champion Chase winner Altior was the subject of the attempted kidnapping.

Thieves attempted to pinch 13-year-old Princess Leya, a Grade B handicap hurdle winner, before being caught in the act by eagle-eyed neighbours.

She was resting peacefully with her colt foal at the time.

A blue van and trailer at the entrance to the rural farm sparked suspicion and police have since appealed for more information.

Princess Leya was unharmed in the incident but her foal needed stitches to a leg wound.

The horse at the centre of the attempted kidnapping is owned by the Behan family, who bred Nicky Henderson’a Altior.

The incident took place at their farm in Laois, in the province of Leinster in Ireland.

Rose behan told the Racing Post: “We’re still in shock, we can’t believe that something like this would happen, especially in broad daylight. It was the middle of the day.

“We’re very lucky that the neighbours were alert and noticed the unusual activity.

“If they hadn’t, we would have lost Princess Leya and her foal.”

Rose said they were not sure how the ‘beautiful’ foal was harmed but that vets were on hand quickly to stop his bleeding.

Princess Leya won three times in a 12-race career in which she won just over £47,500 for connections.

Her biggest win was the Roy Evans/Barry Geraghty Golf Classic Handicap Hurdle at Fairyhouse in November 2014.

The incident brings back memories of the infamous Shergar case.

The Derby winner was stolen from Ballymany Stud in County Kildare in 1983 and a ransom of £2million was demanded for his safe return.

But the money was never paid, negotiations broke down and what really happened to the horse – along with suspected IRA involvement – remains a mystery.

Anyone with information on the incident, or dashcam or other video footage, is asked to contact Monasterevin Garda Station on 045 525 322.

Did you miss our previous article…
https://www.sportingexcitement.com/horse-racing/megan-nicholls-frolics-in-a-bikini-in-barbados-as-she-celebrates-retiring-at-25/