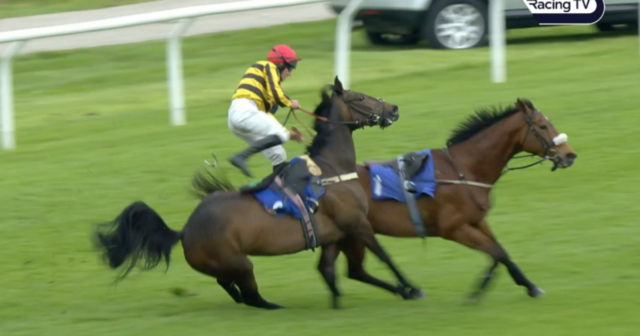 THIS is the moment a jockey who had just won on his 999-1 horse is thrown off by a loose runner as carnage unfolded at Stratford races.

Gavin Sheehan was dumped to the turf after riding 9-4 favourite Howdilyoudo to victory – but only after tragedy struck at the final fence. 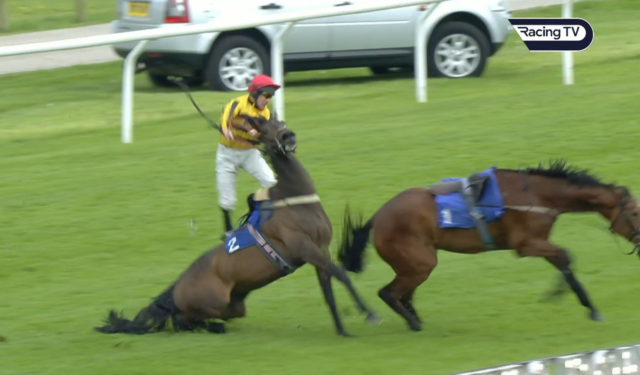 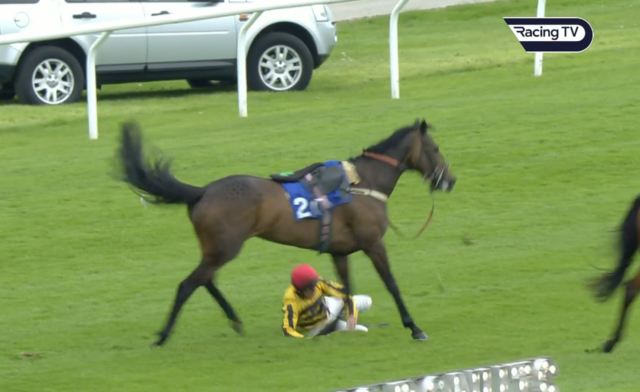 Sheehan was came crashing back to earth, quite literally, after riding his winner 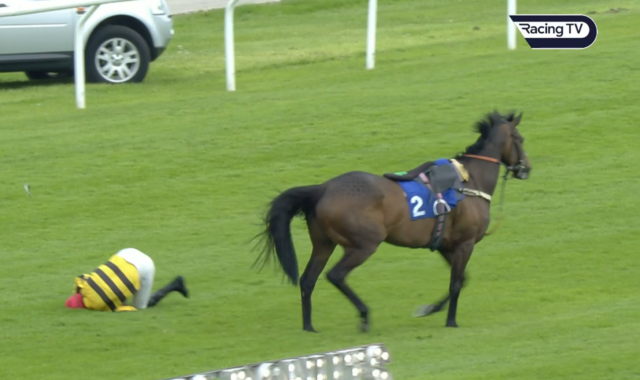 Sheehan’s head bashes into the turf

Howdilyoudo was toiling behind leaders Princess Midnight and Achy Breaky Heart coming to the last in the 2m3f chase last Sunday.

But incredibly both fell at the same jump, with, sadly, the Milton Harris-trained Achy Breaky Heart being fatally injured.

Princess Midnight got back to her feet and ran to the end, where she was joined by Admiral’s Sunset, who unseated her jockey James Davies at the sixth fence.

The cameras were still rolling when Sheehan pulled his winning horse – who had been backed at the biggest odds available of 999-1 in-running on the Betfair exchange – up after the post.

And they caught the moment Admiral’s Sunset barged into Howdilyoudo, the impact sending the jockey flying from the saddle.

It marked a chaotic end to a crazy race, where only two of the six runners who started actually finished.

Winning trainer Jamie Snowden was gracious in victory given the sad events surrounding the win, which was Howdilyoudo’s debut over fences.

He said: “Nobody wants to win in circumstances like this and fortune certainly favoured us today.”

Despite looking totally beaten, Howdilyoudo won by 28 lengths from Daenerys Stormborn in the end.

That took the seven-year-old’s career earnings to £17,416 from 13 races for owners Chasing Gold Racing Club.