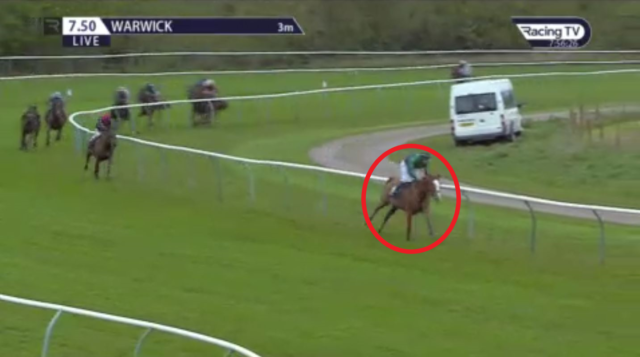 A SHOCK winner who landed a 100-1 gamble has been hammered by racing chiefs after smashing a 27-year-old record.

The old fashioned coup stung bookies good and proper – but the horse is paying the price now.

Danilo D’Airy, who is trained by Robert Bevis and was ridden by Jordan Nailor, won by nine lengths off a mark of just 35 that day.

But the handicapper – responsible for assigning weights to horses – has hit back with a vengeance.

Danilo D’Airy, who had been beaten a combined 191 lengths in two of his past three races and pulled up in the other, has been raised 52lbs.

That means he will next run off a mark of 87 next time out.

But his victory split opinion among punters.

Rivals failed to land a blow on the runaway winner

Some were happy a smaller yard was able to get one over bookies and land a windfall, in addition to the £2,500 for winning the race.

But others were against those in the know profiting from something other punters would have no idea about.

Danilo D’Airy was a massive 100-1 on the Friday night before being hacked to pieces in the market.

Explaining the shock win, Bevis said the horse ‘appreciated the step up to three miles as well as benefiting from a return to jumping fences’. 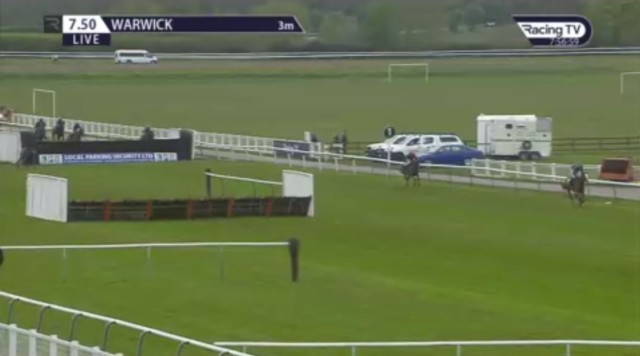 The horse was due to run again on Monday but was pulled out before his new mark was revealed.

Some punters thought the new mark was fair given Danilo D’Airy had already been running 38lb out of the handicap.

One said: “Considering he was 38lbs out the handicap he’s only been raised 14lb in theory.”

Rachael Blackmore landed a big gamble the same day, winning on a 40-1 horse who had been backed into 11-4.