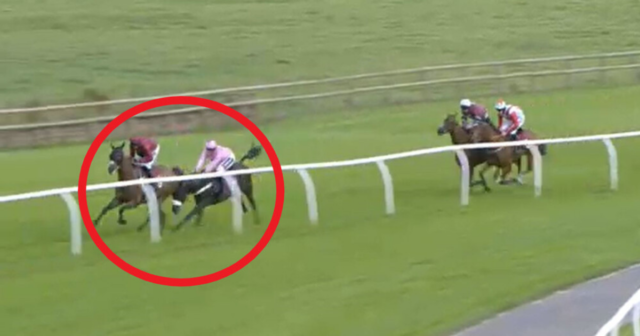 De Boinville was banned after shifting left on his mount when lacking sufficient room, forcing the other jockey to take swift evasive action not to fall off

De Boinville was first past the post on the Nicky Henderson-trained 13-8 favourite First Street.

But stewards hit the Cheltenham Festival-winning jockey with a six-day ban post-race for ‘careless riding’.

The scary incident occurred when De Boinville was deemed to have moved his mount left-handed when not far enough clear of runner-up Zafar.

That horse clipped heels with De Boinville’s runner, and apprentice rider Abbie McCain did well to keep her horse upright.

“De Boinville was suspended for six days for careless riding as he manoeuvred his mount left-handed when insufficiently clear of ZAFAR (GER) on his inside, causing McCain’s mount to clip heels with FIRST STREET and stumble.”

But Sanders, speaking on Sky Sports, said the ban meant next to nothing because De Boinville was allowed to keep the victory.

He was adamant First Street should have been demoted, meaning Zafar was named victor.

His co-host Alex Hammond said the ban was fair for a ‘dramatic incident’ that ‘could have been an awful lot worse’.

But Sanders was adamant that further action should have been taken.

He said: “I can’t believe we have a situation like that, and not remove the winner.

“The second horse wasn’t beaten that far. Remove the winner and you’ll stop [incidents like] this right away.

“If you don’t remove the winner then you can win at all costs, it doesn’t many any sense.

“If he [De Boinville] brought the horse down, does it mean he gets suspended and keeps the race?

“Why are we in a situation where you can win at all costs?

“I saw an incident at Wolverhampton the other day, a horse got taken out for stepping out where the stalls were, they threw it out.

“This was a ten times worst situation and they keep the race. I just don’t get it. There’s no deterrent.

“Six days – whatever. The horse should have been demoted.”

Jumps jockey De Boinville has got off to a hot start this season, operating at a 28 per cent strike rate with 21 wins from 76 rides so far. 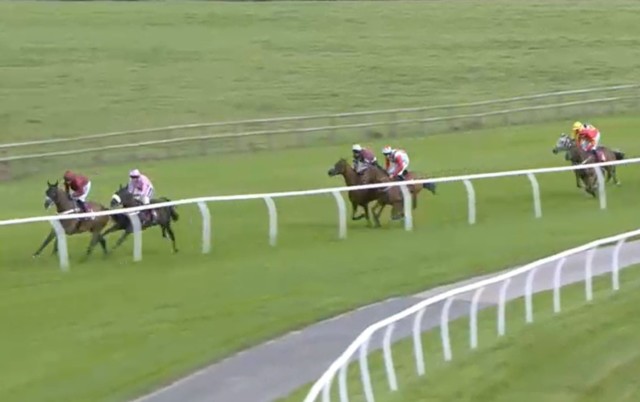 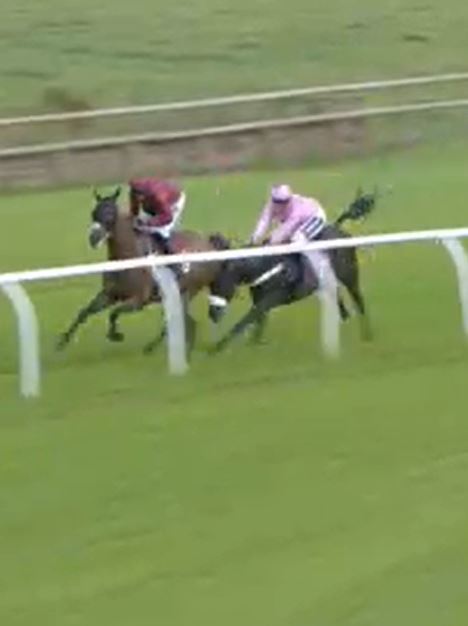 De Boinville cut in left, forcing the horse behind to clip his mount’s heels 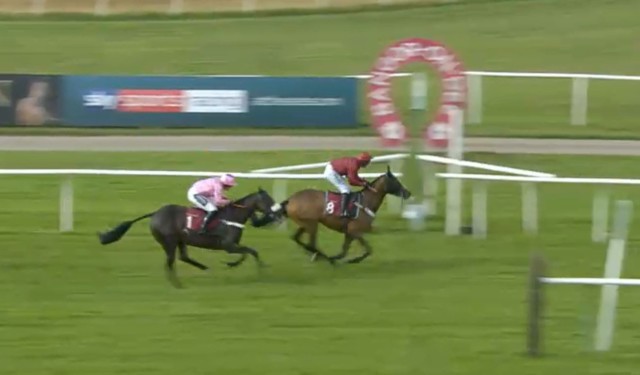