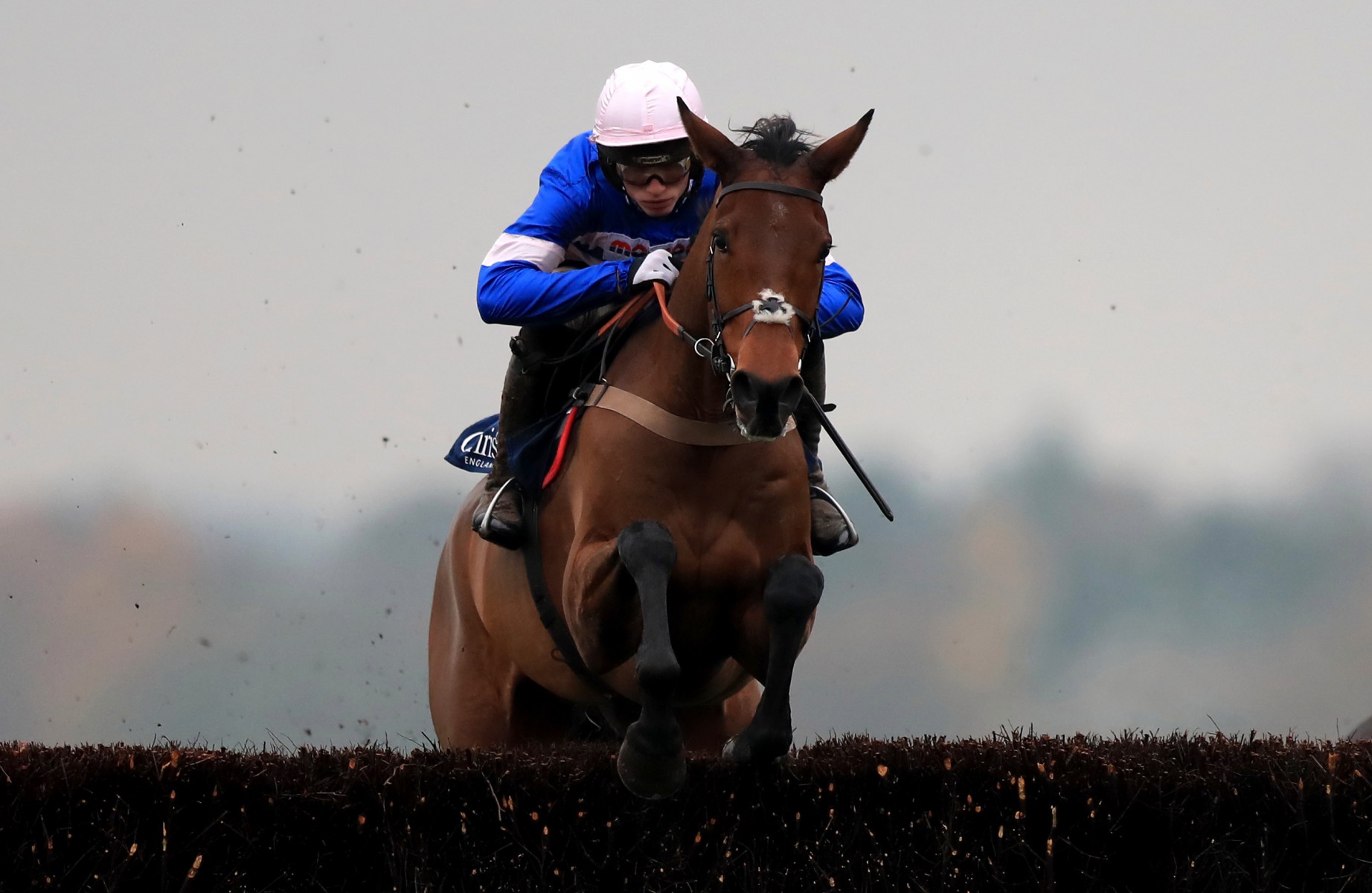 CYRNAME is the star act in the King George as five-day entries were revealed for Boxing Day.

Paul Nicholls’ slick chaser will face a maximum of six rivals in the Grade 1 showpiece.

Irish raiderFootpadis a strong challenger for Willie Mullins and outsiderAsocompletes the field for the in-form Venetia Williams.

Earlier on the card, a slightly disappointing field will line up for the Grade 1 Kauto Star Novices’ Chase.

Paul Nicholls has entered both his exciting novicesDanny WhizzbangandMaster Tommytucker,while his old friend and rival Dan Skelton has left inRedzor.

Angels Breathhas been given an entry though is unlikely to run after his Ascot exertions and instead the biggest danger to the Ditcheat duo could be the progressiveSlate House.

Black Opis another worthy of mention for the 3m staying chase.

Big Blueis an interesting runner from France, as isQuick Grabimwho makes his debut for Fergal O’Brien.

Across the Irish Sea, a veritable feast of action begins with the Grade 1 Racing Post Novice Chase at Leopardstown.

Over at Limerick, the 100,000 Grade 1 Matchbook Betting Exchange Novice Chase sees superstarFaugheenconfirmed for the race by trainer Willie Mullins.

Salsarettaimpressed on chase debut and could also run for the champion trainer, as couldChampagne Classicfor Gordon Elliott.

Battleoverdoyenhas also been given an entry, as hasLaurinaif connections decide to take on a longer trip.