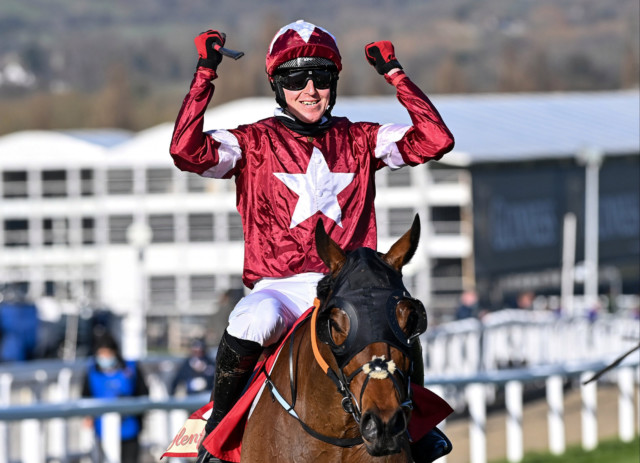 A DECISION on Tiger Roll’s next run will be left until the very last minute.

Tiger Roll has won over £1.3 million in prize-money during his careerTiger Roll won the 2018 and 2019 Grand National for Michael O’Leary and trainer Gordon Elliott

After he bounced back to form at Cheltenham with his fifth Festival win, Tiger Roll put to bed any retirement talk and is now favourite for the Irish National at Fairyhouse.

But Eddie O’Leary, racing manager to owners Gigginstown Stud, has said they are yet to decide where the horse will run.

He explained: “He’s been left in the Irish National today at the latest stage, but no decision has made.

“We were always going to leave him in today, we don’t need to decide until declaration time on Friday.

“If we were going to run at Fairyhouse then we’d take some weight off his back with a claimer.

“No decision has been made on that either, though.

“Sneezy says the horse has been fine since Cheltenham, touch wood, but we don’t need to rush.

“Both options remain on the table and we’ll have to wait and see about Aintree.”

Tiger Roll is now as short as 11-2 with Paddy Power for the Irish National after Wednesday’s forfeit stage.

If Tiger Roll stays at home to compete in the Irish National then it’s likely trainer Paul Nolan will allow Latest Exhibition to run.

The 7-1 shot has finished second to Monkfish on his last two outings and Nolan is keen to avoid a third clash with Willie Mullins’ star novice.

Did you miss our previous article…
https://www.sportingexcitement.com/horse-racing/watch-jockey-get-flung-upside-down-over-hurdle-in-spectacular-fall-that-shocks-punters-watching-southwell-race