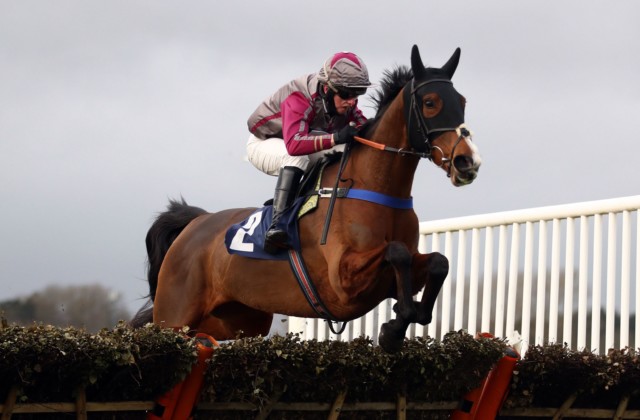 KING GEORGE day started with a bang as 125-1 and 100-1 winners struck at Wetherby and Limerick.

Both outsiders saw off the well-fancied favourites into second ensuring a tough start for punters.

Ballycallan Fame was unconsidered in the betting at 125-1

In the opener at Wetherby, Nick Kent’s Ballycallan Fame was a cosy winner despite being sent off a huge 125-1.

The mare was making her first start for a new stable and the Kent team will have a Boxing Day to remember as she scooted up by over ten lengths.

A shock in the opener at Wetherby

And just 25 minutes later there was another triple-figure winner.

This time it was in Ireland as Awkwafina stunned odds-on jolly Palm Beach.

It was the horses first ever run over hurdles but was another horse having her very first run for a new stable.

The 100-1 stunner just got the better of Palm Beach in a tight-battle after the last flight.

An incredible start to this afternoon's racing with a second winner returned at three-figure odds – this time it's hurdling debutant Awkwafina for @SamCurling1 pic.twitter.com/SJvpfAefZT

It’s unlikely that anything similar will occur in the King George at Kempton later this afternoon.

Did you miss our previous article…
https://www.sportingexcitement.com/horse-racing/welsh-grand-national-abandoned-at-chepstow-with-course-forced-to-reschedule-for-january-following-storm-bella

Advertisement. Scroll to continue reading.
In this article:Chepstow, Limerick, Wetherby