Teen jockey who took his own life aged 19 told girlfriend he loved her moments before death, inquest told
Advertisement 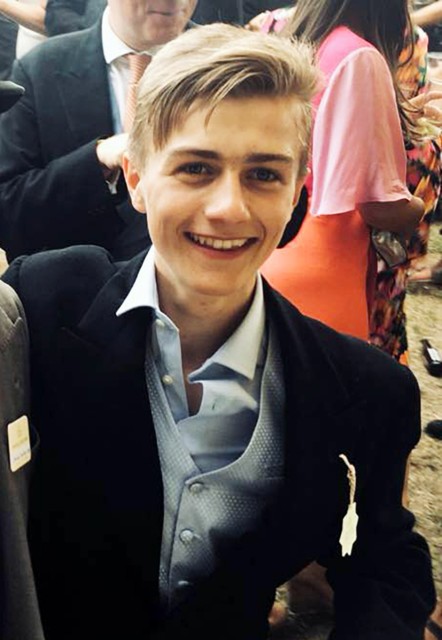 A TEENAGE jockey who took his own life aged 19 sent his girlfriend a video saying he loved her before moments before his death, an inquest was told.

Michael Pitt was found dead in a petrol station car wash in Hungerford, Berkshire, on July 5.

The inquest at Reading Town Hall heard he had been on a night out with friends and drinking heavily before his death.

He sent his girlfriend Ellie a Snapchat video saying he had never stopped loving her just before taking his own life.

Michael’s mother Amanda said her son was a ‘loveable rogue’ but worried about the future of his relationship.

She said: “Michael was 100 per cent about everything he did, including his feelings for girls.

“He always had a playful side, if he had attention from other girls he could not walk away.

“He would always end up in a mess, one girl would text the other girl.

“His feelings for Ellie were very different. He had messed around, I think he was terrified of her finding out.

“Maybe it all came to a head that night. Watching the Snapchat video, I think that was his concern.”

A pathologist concluded the cause of the young jockey’s death was hanging.

And he was found to have a ‘high level’ of alcohol in his blood, the inquest heard.

In a statement read out in court, Michael’s girlfriend said he was ‘using drink to help him sleep because he was having a tough time’.

‘LIVED LIFE TO THE FULL’

Assistant coroner for Berkshire Jenny Goldring said: “He was a young man, by all accounts, who lived life to the full.

“And had a promising career ahead of him as a jockey.”

Michael, the son of racehorse trainer Tim Pitt, was working as a stable lad for top trainer Warren Greatrex at the time of his death.

Greatrex said: “It’s an awful accident. He was a cracking lad and a really good young rider.

“He was loved by everybody and this has hit us all hard. He was a stable lad for us who had just got his amateur licence, he rode very well and worked hard as well.

“He’d been with us for about a year, he fitted in great and was a real cheeky chap. He always had a smile on his face and was very popular among staff.”

If you are affected by any of the issues raised in this article, please call the Samaritans for free on 116123.

Did you miss our previous article…
https://www.sportingexcitement.com/horse-racing/oisin-murphy-racing-again-less-than-24-hours-after-being-discharged-from-hospital-following-paddock-incident