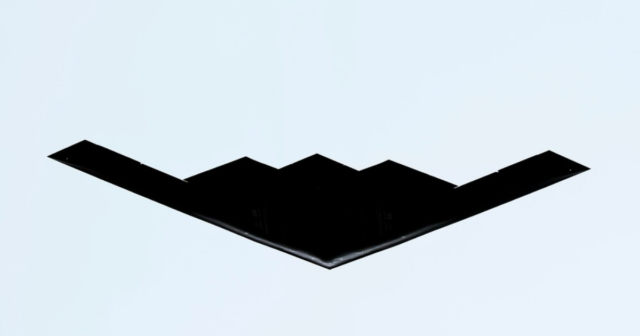 A TERRIFYING B-2 Stealth Bomber that looked like an alien spaceship took to the skies over the Preakness horse race last weekend.

BALTIMORE, MARYLAND – MAY 21: A view of a B-2 Stealth Bomber flyover attends Preakness 147 hosted by 1/ST at Pimlico Race Course on May 21, 2022 in Baltimore, Maryland. (Photo by Paul Morigi/Getty Images for 1/ST)

The jaw-dropping £1.6BILLION bomber – the most expensive plane in the world – has an amazing 172ft wingspan and is said to be able to invisible to radar.

A B-2 Stealth Bomber – the world’s most expensive plane at £1.6billion – flies over the Preakness horse race in Baltimore 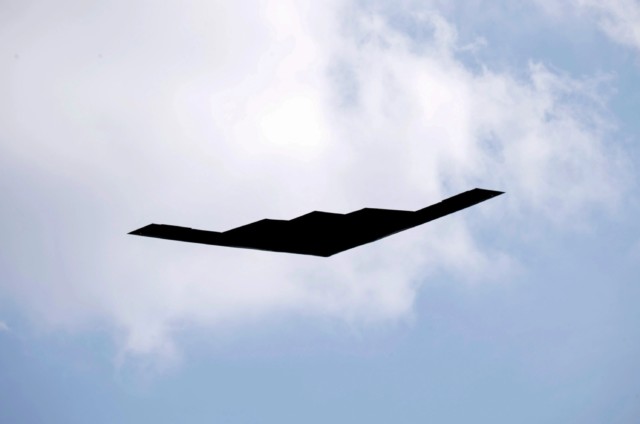 The terrifying aircraft was likened to an alien spaceship

Photographed against the sky as racing at Pimlico in the US took place below, the entire aircraft appeared as a silhouette.

One person on the ground who saw it gliding menacingly through the air said it was ‘scary as f***’.

Another said it ‘scared the crap’ out of their family, adding: “My eight-year-old thought it was an alien ship’.

The B-2 Stealth Bomber was a product of the Cold War and originally made to secretly penetrate Soviet air space.

It has been a key feature of the US Air Force ever since and is one of the most sophisticated aircrafts ever made.

The B-2 is said to be able to reach any target in the world and even refuel in mid-air.

Its design is a feat of amazing engineering.

Unlike other planes, the B-2’s flying wing design makes it almost impossible for radar waves to bounce off.

The aircraft doesn’t produce any heat signature either, with the engines tucked away secretly.

No wonder one person who witnessed the bomber flying overhead reported to see it – but hear nothing at all.

They said: “I barely heard any sound. Just saw it gliding over us. Surreal.”

The amazing images were captured on Saturday night UK time, as one of America’s biggest races took place below.

Early Voting was the 11-2 winner of the second leg of the Triple Crown, with shock 80-1 Kentucky Derby winner Rich Strike skipping the race.

Epicenter, the 6-5 favourite for trainer Steve Asmussen, could only manage second at Baltimore, Maryland.

A message explaining why the aircraft appeared was posted on the Preakness website.

It read: “The Preakness is proud to support the US Armed Forces and US Air Force, and honored to feature a flyover by the B-2 Stealth Bomber to help kick off Preakness 147.

“The B-2 spirit carries a crew of two pilots and is a dual-capable aircraft that provides global strike anywhere, anytime.

“This innovative aircraft is a symbol of American Air Power and the legacy of the men and women of America’s Premier Bomb Wings, The 509th Bomb Wing, and the Missouri Air National Guard 131st Bomb Wing.” 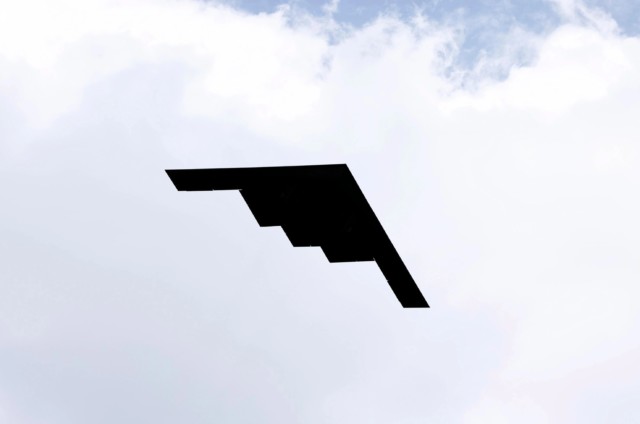 An astonishing feat of engineering, the B-2 is virtually impossible to detect on radar and doesn’t give off any heat 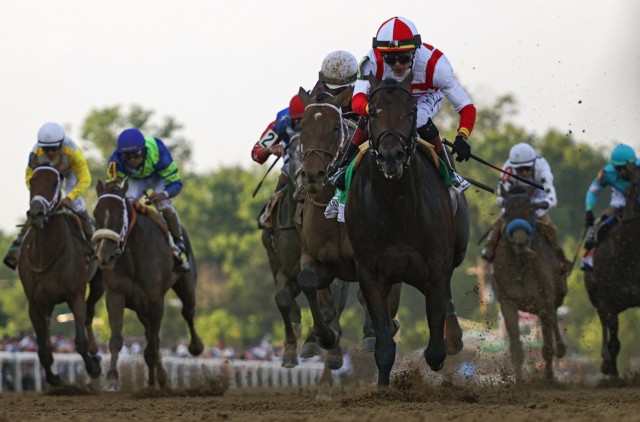 Early Voting was the winner of the Preakness under jockey Jose Ortiz
In this article:horserace, intheworld, mostexpensive