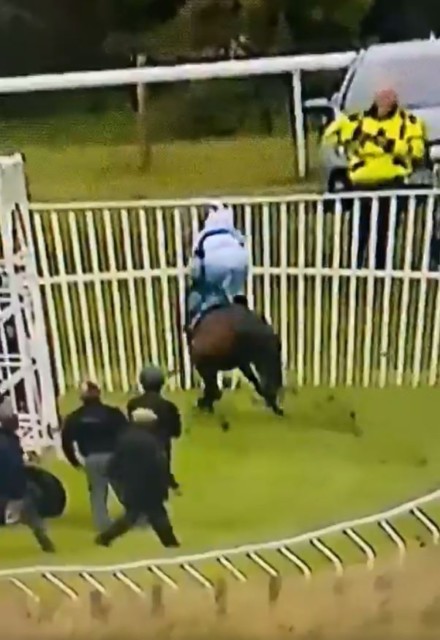 THIS is the terrifying moment a female jockey is launched through a barricade by an uncontrollable horse that bolted to post before a race.

The dramatic scenes were captured on camera at Brighton racecourse on Tuesday. 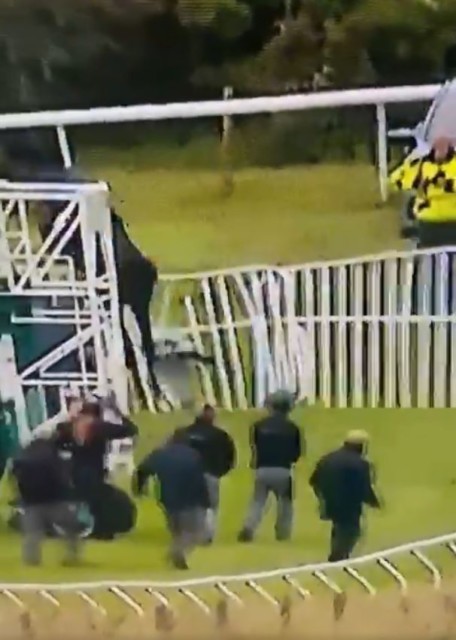 Jockey Violet Barton was bounding down to the stalls for the 3.40pm race on Dream Point.

But the six-year-old horse showed no signs of slowing as she approached the handlers and ran through like a wrecking ball.

Unfortunately the only thing that brought her charge to an end was the barricade at the back of the course.

Poor jockey Violet, who had ridden the horse twice before, was flung off Dream Point and crashed through the barrier as handlers rushed in to help.

The white railings could be seen completely shattered by the impact of the half-tonne animal going through them.

“Unfortunately they’ve gone straight into the barricade at the back.

“We’ll keep our fingers crossed that Violet Barton is OK but that looks pretty nasty.” 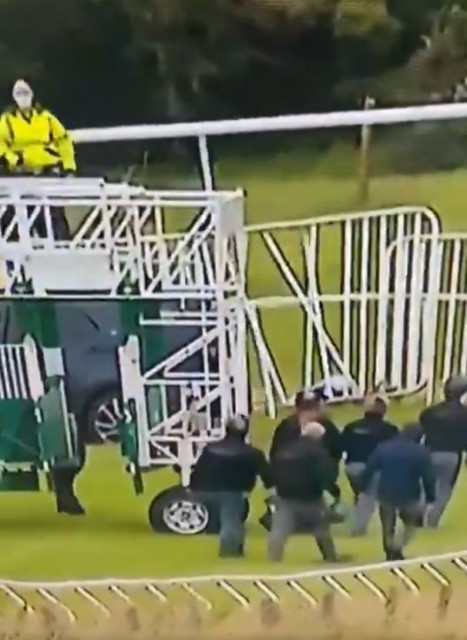 Handlers rush over to make sure the jockey is OK 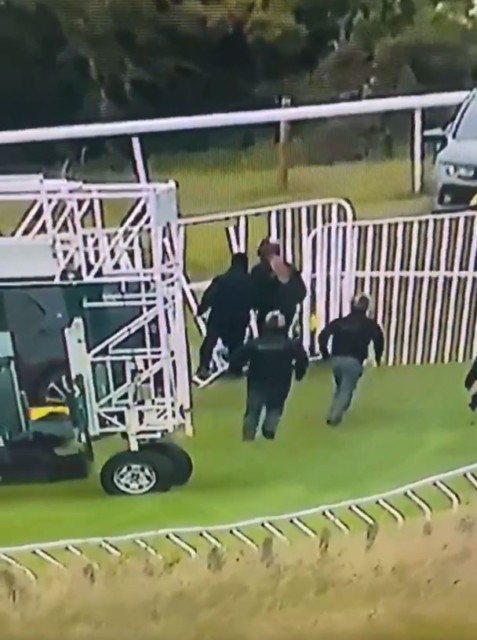 Good news did emerge from the scary incident though, with the horse OK and Violet not believed to have suffered any serious injuries.

Dream Point was, unsurprisingly, withdrawn, with the contest being won by 7-4 Lady Isabel.

This is the not the first time Dream Point has been at the centre of controversy.

In August last year, her former owner James McAuley filed an objection against the outcome of a photo finish.

Dream Point was deemed to have finished second by a nose to Getaway Queen in a race at Tramore.

McAuley said he could not see how judges picked a winner – although the result ultimately stood.

Advertisement. Scroll to continue reading.
In this article:Brighton, Tramore