The best National Hunt jockeys of all time – from AP McCoy to Ruby Walsh, we count down the best jumps jockeys ever
Advertisement 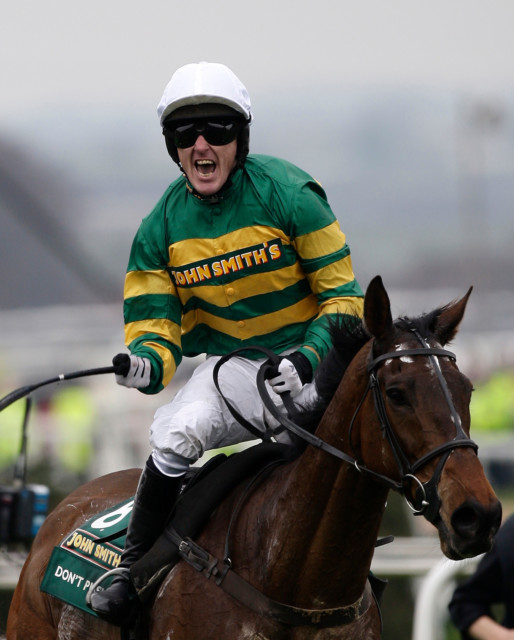 JUMPS jockeys are a rare breed and there have been some true greats down the years.

From the likes of AP McCoy to John Francome, do any of your favourites make the list?

If you look up champion in the dictionary, AP McCoy’s name appears front and centre.

From Northern Ireland, the now retired rider was Champion Jockey in Britain a remarkable 20 times in a row. His first came in 1996 and his run only came to an end when he retired in 2016.

No jockey ever gave as much to the sport and if there was one ride going 300 miles away he thought might provide a winner, he’d be straight in the car.

McCoy was a rare jockey that cut through into the wider public and he landed the coveted BBC Sports Personality of the Year award in 2010.

Now often seen as a pundit on ITV Racing, McCoy rode 4,348 winners during his career and was knighted in 2016. 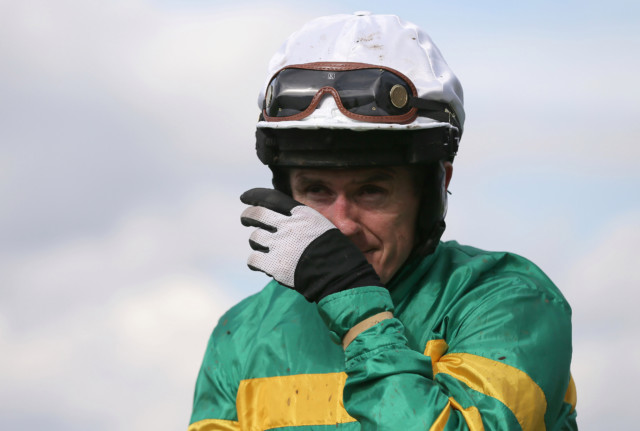 Born into an Irish racing dynasty, Ruby Walsh was always destined for the top.

An infamous final flight fall on Annie Power in 2015 was labelled the “most expensive fall in National Hunt history” after millions of pounds of accumulators were brought down at the last leg.

But Walsh will be remembered for the highs. Eleven times he was top jockey at Cheltenham and in Ireland he was Champion Jockey 12 times. 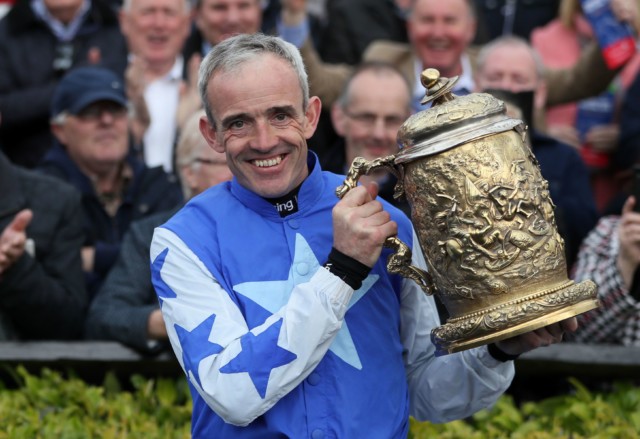 Seven-time Champion Francome is just as well known for his punditry and TV work these days, but was a true great in the saddle.

From a non-racing background, Francome grafted his way to the top and notched 1,138 wins during his illustrious career.

He somehow never won the Grand National despite many bites at the cherry and was dubbed the best ever jockey not to win the Aintree showpiece once he retired in 1985.

Post-racing Francome became a regular TV pundit on Channel 4 and was awarded an MBE in 1986 for his services to racing. 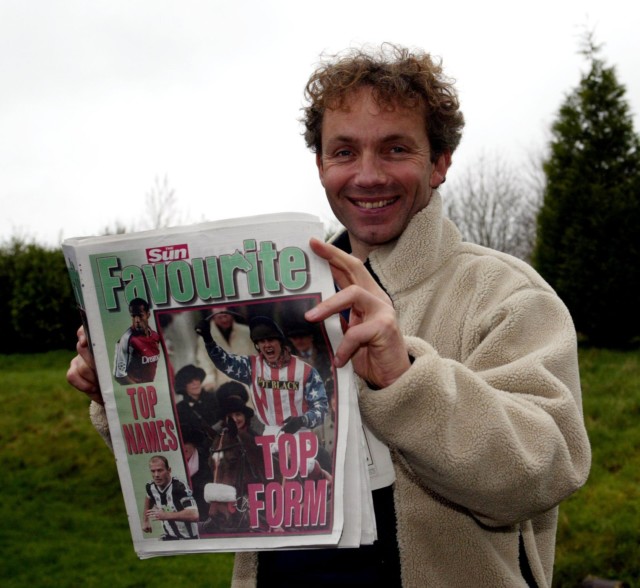 Another Irishman, Geraghty only retired at the end of the last season but in his pomp was as good as there has been.

He ended in style with a Cheltenham Festival many only dream of. He landed five wins including the Champion Hurdle on Epatante for powerhouse owner JP McManus.

A grand total of 1,920 winners left him fourth in the table for wins in Britain when he hung up the saddle.

Only Ruby Walsh has a better Festival record than the 41-year-old and horses like Sprinter Sacre, Moscow Flyer and Bobs Worth ensure Geraghty will be held highly by punters for years to come. 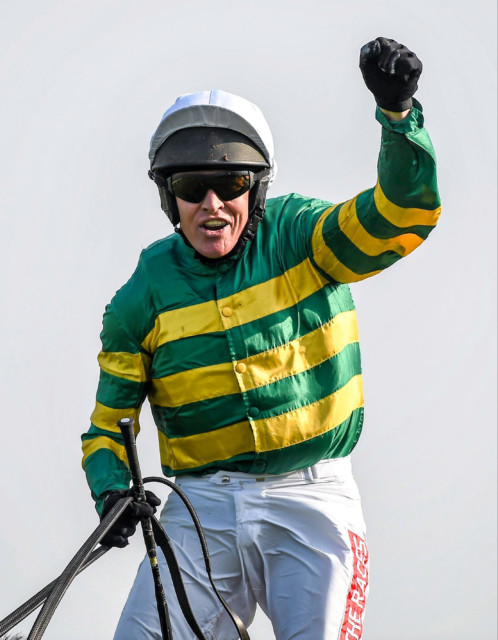 Geraghty also won the Irish Grand National in 2014 on Shutthefrontdoor

A true great of the weighing room, he might have been been regarded higher in the wider world with a few more big name wins on his CV.

But 1,678 winners speak volumes and the now 62-year-old received an MBE for his services to racing once he retired.

Through the 1980s his partnership with dominant trainer David Pipe ensured a steady flow of winners and Scudamore is still in the game now, based with Grand National winning trainer Lucinda Russell up in Scotland. 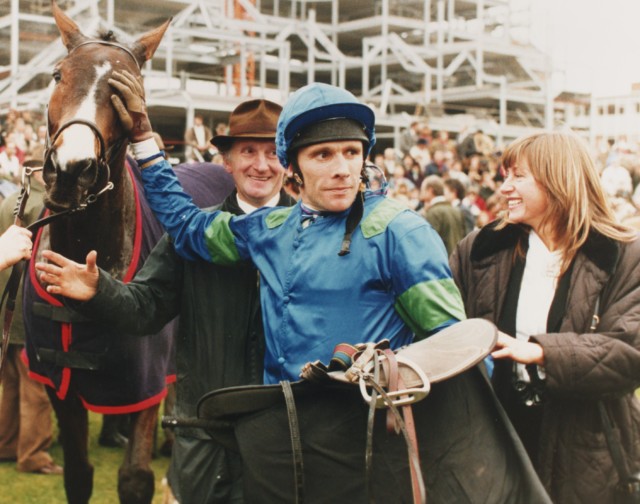 Swan really made a name for himself due to the great Cheltenham Festival legend Istabraq.

The pair won an amazing 23 times together, including a hat-trick of Champion Hurdle victories for trainer Aidan O’Brien and in the famous green and gold JP McManus silks.

For nine seasons on the trot he was top jockey back in Ireland and it might have been more had he not packed it up to become a trainer. 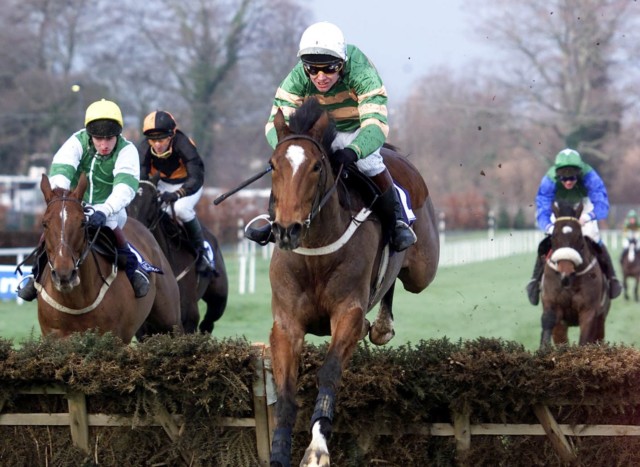 Beef Or Salmon, Harchibald and Florida Pearl are just some of the jumping heroes Carberry partnered during his career.

The Irishman is held in the highest of regard in his home country and if not for injury and a few off-the-track controversies might well have been even higher in this list.

In 2009 Carberry failed a breath test before a fixture and in 2005 he was jailed for two months after an incident on a plane where he set a newspaper on fire.

But not many jockeys have 14 Cheltenham Festival winners to their name and not many get to win a Grand National for good measure too.

In 1999 he steered Bobbyjo to victory in the Aintree feature to follow in the footsteps of his dad Tommy who also won the race. His sister Nina was also a top Jumps jockey. 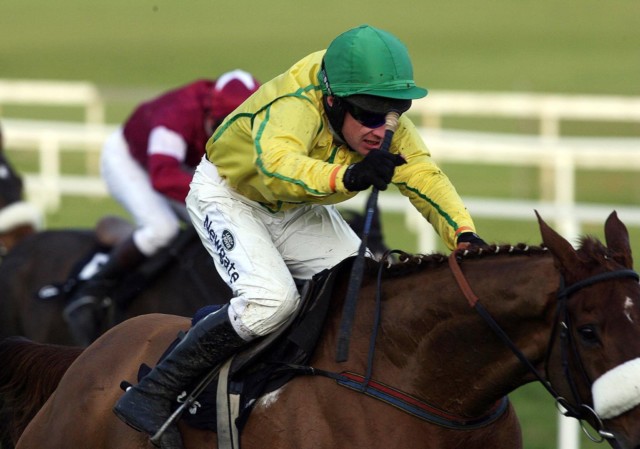 Russell is yet another brilliant Irishman to grace the list and the 41-year-old is still going strong.

Part of the Gordon Elliott machine in Ireland, Russell is probably best known these days for his partnership with Grand National hero Tiger Roll.

In 2019 he became the first jockey in over 30 years to win back-to-back Nationals as Tiger Roll emulated the great Red Rum.

The three-time Irish Champion Jockey is 5ft’11 and one of the tallest in the weighing room. 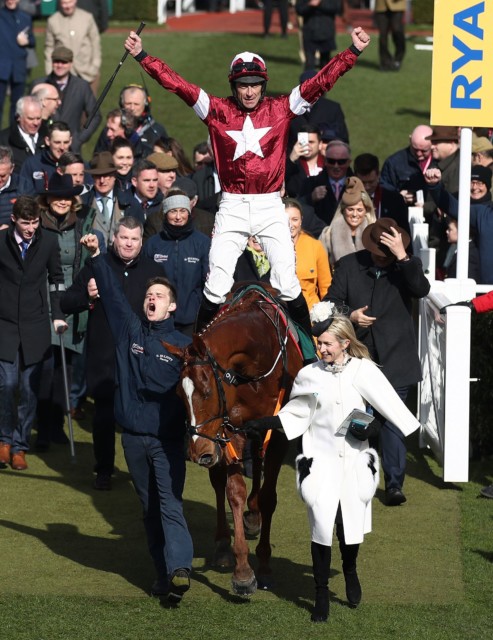 Richard Johnson was often in the shadows of AP McCoy for much of his career, but once McCoy parted Johnson got his deserved time in the sun.

The 43-year-old became Champion Jockey four times from 2016 onwards and might well have made it five last season but for a nasty fall midway through the season and a spell on the sidelines.

One of the veterans of the weighing room now, Johnson is still as committed as they come and horses like Native River, Flagship Uberalles and Rooster Booster have all been part of his brilliant career. 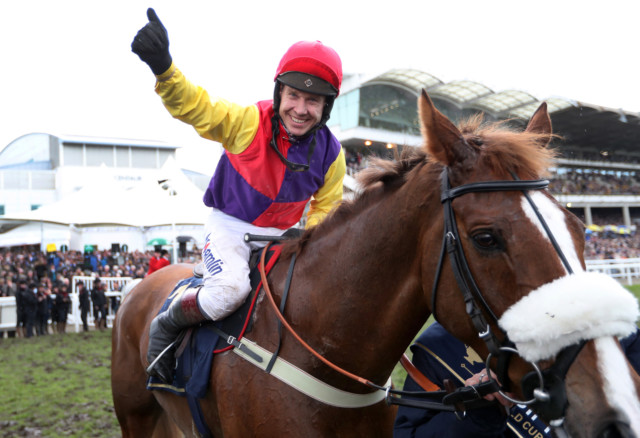 Three time champ Dunwoody partnered some of the all-time jumping greats during his career.

Desert Orchid, One Man and West Tip all roll off the tongue and he also drove Charter Party to the 1988 Gold Cup.

Once he retired Dunwoody got his dancing shoes on and was part of Strictly Come Dancing in 2009. He only made it to the second round…

But it will be the great Dessie that Dunwoody will thankfully be remembered for and not his salsa. 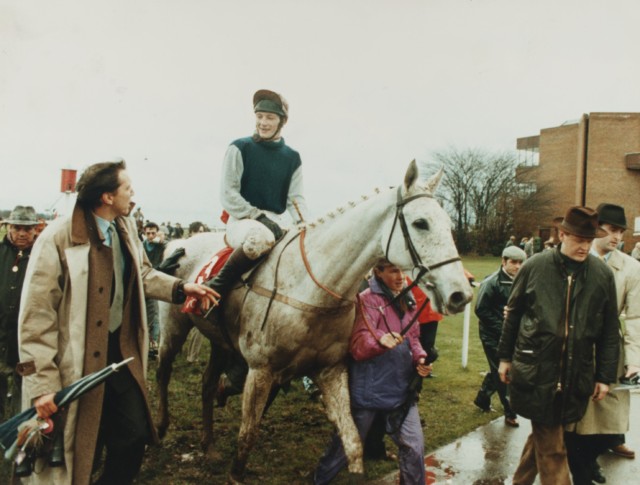