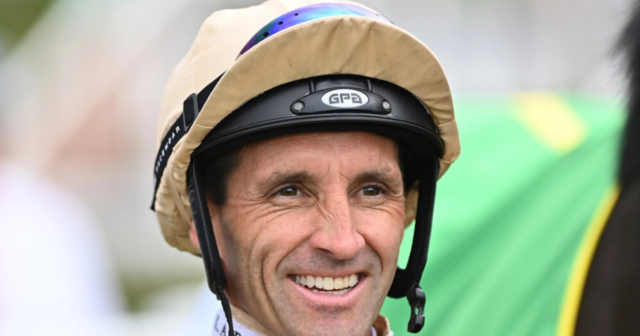 I WAS at Chester this week and, even though I didn’t ride a winner, the facilities there for us jockeys are absolutely top class.

It was the first time I’d been back  in 10 years and they need recognition for the fantastic work they’ve done with all the facilities in the weighing room.

Neil Callan doesn’t hold back in his latest column

We’re professional jockeys in a professional sport. We don’t need to be treated any differently to other sports people. We just need modern, up-to-date facilities.

It’s not just Chester who are doing a good job, of course. The premier tracks like Ascot, York and Newmarket are all great for jockeys.

I don’t know why ARC can’t do the same though! It’s completely embarrassing how bad things are at some of their tracks.

I was at Lingfield the other day and it’s worse there now than when I was over here 10 years ago — it’s horrendous.

The showers are makeshift, some of them are falling down, and the toilets are disgusting. It’s like a pig-sty there. Disgraceful.

As for the so-called jockeys’ ‘lounge’ you honestly wouldn’t sit in it. I never do, I sit at my own peg.

We’re all professionals and good facilities are a basic requirement.
I bet ARC’s hospitality boxes don’t look like that.

It’s not like we’re asking for a lot. Put in some cushion seating, some proper lockers to hang your clothes and better TVs to watch the races.

Bath is as bad if not worse than Lingfield. They’d be the worst two in the country, things haven’t changed.

And I was also at Yarmouth a couple of weeks ago and the smell in the weighing room was absolutely disgusting.

These are all ARC tracks and I think they have a lot to answer for as an organisation.

Ultimately there’s too much racing in this country which dilutes the product, but they’re the ones who want more racing.

The fixture list is growing every year and we all know the issues with field sizes.

I’m not having a go at low grade racing, there are just too many races in general.

Someone like Mick Appleby has a lot of lower grade horses to accommodate and even he’s saying there’s too much racing.

Racing’s rulers are like those twits  in the Government. Nothing good ever gets done there apart from shameful ideas like wasting millions of pounds  to send people on one-way tickets to Rwanda while failing to deal  with bigger issues like poverty and recession.

It’s the same in racing. All talk and no substance. Nothing for the good of the sport ever gets sorted.

We’ve been saying all the same things for years, but nothing ever happens. But, to be honest, as long as racing here continues to be at the mercy of the evils of companies like ARC the sport will be in trouble.

Thankfully, Arena doesn’t own Ascot where I am this afternoon and at least I will be able to prepare for my three rides in  clean surroundings.

Mind you I wouldn’t say any of my three rides have a great chance. ZIGGY (1.45) is having his first start of the season in the 1m4f handicap.

It looks a wide open race and we’d be delighted if he can pick up some prize money.

RISING STAR (3.30) is a nice filly who goes in the mile fillies’ handicap.
She ran her race the last day at Newcastle behind two decent fillies. She’s a free going sort and just needs to relax a little bit.

If the race is run to suit, I’d say she’s more than capable at this level.

My final ride of the day is VANDAD (5.15) in the five furlong handicap. This is a very competitive race and he looks to have plenty on his plate. He won a couple last summer and he’s now down to the same mark.

In this article:itwas, thefirst, topclass