The Northern Jumps Scene: Trainers have their say & the stars they hope can take them to the big time
Advertisement 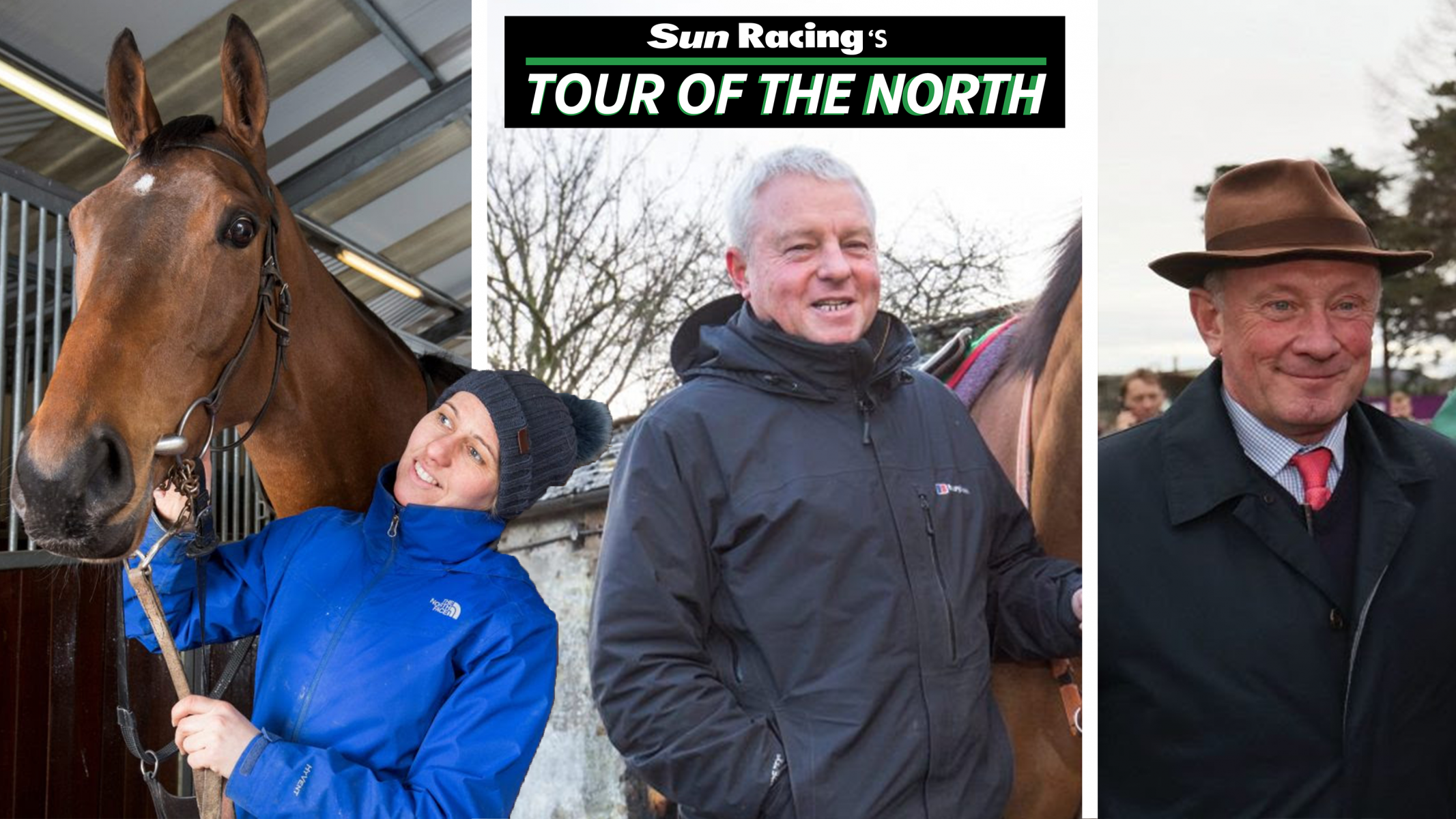 IT aint so grim up north.

A few minutes in the company of Nicky Richards will tell you that.

The trainer, 63, runs one of the most respected operations in the country from his base in Cumbria.

And the horse that Richards reckons can follow in those illustrious footsteps is top novice hurdling prospect Ribble Valley.

Richards has a glint in his eye when talking about the six-year-old, who hammered a good field at Wetherby on Wednesday.

Richards said: You’d hope he has a very bright future. We have always loved the horse, and when we think we have a good one we are right more often than not.

I suppose that has shown, as his starting price has been pretty tight every time he has run!

The strapping gelding won a pair of Ayr bumpers last season and has been mustard over timber.

He earned quotes of 25-1 for the Supreme at Cheltenham after last weeks win but that is an unlikely target.

Richards said: He won his two bumpers well. The only time he has been beaten was at Cheltenham and you can throw that race out, it was a non-event.

After he won first time out at Hexham we thought we would get another easy win into him up north, so we decided on Wetherby. It was a bit of a shock to see some good horses from big southern yards entered up.

My daughter Joey rides him in most of his work and said if hes as good as we think he is he will beat them.

And he went and did it very impressively. I wouldn’t advise anyone to take him on unless they’ve got a proper one.

We may look at the Kennel Gate Hurdle at Ascot in December, and next year there is the Morebattle and the Premier Hurdle at Kelso.

Long-term we’ve got the option of Aintree. His owner David Wesley Yates enjoyed some brilliant days there with the old horse Monets, so hed like to run this lad there.

Meanwhile, stable legend Simply Ned is on course for a return to Ireland over Christmas.

The 12-year-old, who ran third behind Defi Du Seuil in the Shloer Chase on his comeback, is chasing a hat-trick of wins in the Grade 1 Paddy Power Chase at Leopardstown.

Richards said: He has been a grand horse for us. Ever since he has been chasing he has been a revelation. When he was hurdling we never dreamt where he would end up but that’s the beauty of this game.

He ran a good race in the Shloer. They went no pace in the race, and he needs a solid end-to-end gallop.

The plan is to go straight to Leopardstown for the Grade 1 he has won the last two years. Hopefully he will be spot on for that.