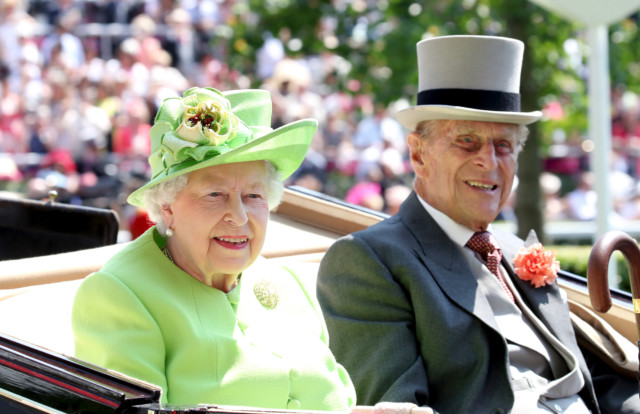 THE QUEEN is set to miss part of Royal Ascot for just the second time in her 69-year reign.

And the traditional royal procession before each day’s action will not take place during the five-day meet, which starts next Tuesday.

The traditional royal procession will not take place this year, with the Queen set to miss part of Royal Ascot on her first journey to the course following the passing of her husband

This year’s Ascot will be the first the Queen will attend without her late husband, the Duke of Edinburgh.

Prince Philip died in April aged 99, after more than 73 years of marriage.

The Queen had not missed a day of the meeting until last year, when coronavirus forced the prestigious horse racing event behind closed doors.

Now she is likely to attend only on days when she has runners, according to The Times.

As it stands, that would see the 95-year-old monarch venture to the Berkshire racecourse on Tuesday and Saturday only.

Although this could change as more horses are revealed for the week’s races.

An Ascot racecourse spokesperson said: “A decision regarding The Queen’s attendance will be made by Buckingham Palace closer to the meeting.”

The Queen is also a regular at the Epsom Derby, but missed the event last Saturday for just the fourth time in 75 years.

Racegoers are set to enjoy Flat racing’s biggest meet, with 12,000 fans allowed on the grounds.

Royal Ascot is part of the government’s Events Research Programme, which looks to examine the safety of large crowds in the Covid era.

Some 60,000 usually fill the stands during Royal Ascot.

But even having a number as reduced as 12,000 is a victory given racecourse chiefs were originally planning for as few as 4,000.

Did you miss our previous article…
https://www.sportingexcitement.com/horse-racing/jockey-in-disbelief-as-his-bmw-is-stolen-in-professional-job-while-he-competed-in-race