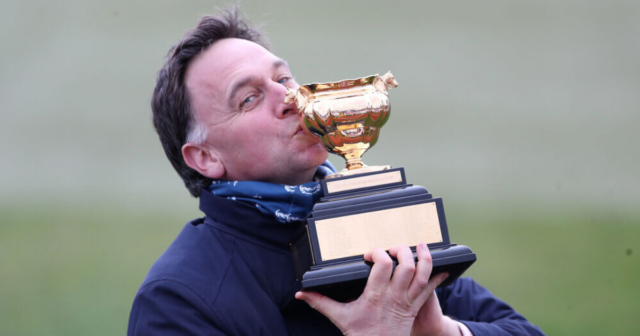 THIS year had the lot – the brilliant, the bad and the really, really bad.

On the track we had lots to celebrate, but off it the sport struggled with a handful of ugly episodes.

Henry De Bromhead was a man on a mission in 2021

In Rachael Blackmore racing unearthed a new star it can be proud of and as ever a number of champions were found over jumps and on the Flat.

The pandemic meant crowd restrictions continued miserably at times, as from Christmas 2020 the country was placed in another lockdown.

The Cheltenham Festival resembled a ghost town and only in the late spring did punters trickle back on course.

Gordon Elliott was missing for six months after he was pictured sitting on a dead horse. He served his time and apologised, but the damage was done.

More recently jockey Robbie Dunne did his best to disgrace the sport and was banned for 18 months after he was found to have bullied brave Bryony Frost. That chapter will sadly rumble on for a while longer.

On the track, this year kicked off with a return to behind closed doors racing and the winter weather caused fixture chaos.

The Welsh National was moved and eventually won by Secret Reprieve under a brilliant Adam Wedge for Welshman Evan Williams.

Cheltenham lost Trials Day and the rescheduled Cotswold Chase was won by former Gold Cup hero Native River at Sandown in a bog.

It was some display from the veteran 11-year-old who provided the Tizzards with a rare moment to savour during a torrid season. Their star would have received an almighty welcome back into the winners’ enclosure had there been more than a couple of hundred on course.

February, as always, was quiet as the big guns were wrapped in cotton wool ahead of the Cheltenham Festival.

This year’s four-day bonanza had an extra focus on it as the previous Festival had been remembered as the last major sporting event before COVID-19 became infamous.

This time punters were nowhere to be seen – only jockeys, trainers, racecourse officials and a handful of media were on course.

Advertisement. Scroll to continue reading.
Those lucky enough to be on course had the best view in the house 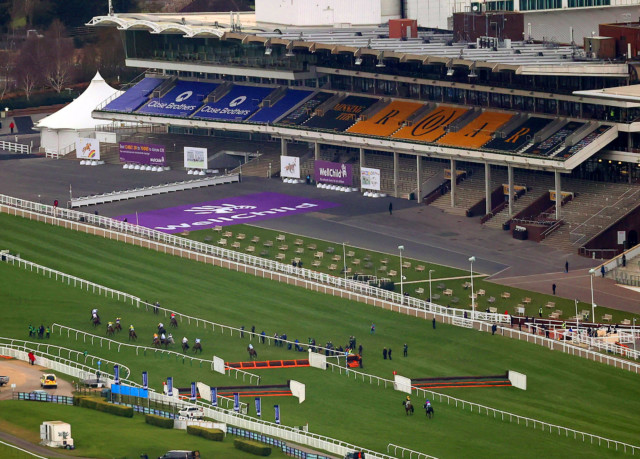 The 2021 Cheltenham Festival was a barren affair

Millions were forced to watch on their TVs and it took a monumental effort for the Irish to be involved. Their jockeys were given their own changing rooms and a bubble was created in the Best Mate enclosure for the stable staff.

As it went, the Brits must have wished they hadn’t been invited as they dominated from the off. The Irish embarrassingly won 23 races to a paltry five by the home team.

Blackmore and Henry De Bromhead were the stars of the show. The latter became the first to win the Champion Chase, Champion Hurdle and Gold Cup at once thanks to Put The Kettle On, the brilliant Honeysuckle and Minella Indo.

Tiger Roll bounced back in the Cross Country to win an incredible fifth race at the Festival. Shishkin was a rare ray of light for the home team as he starred in the Arkle but Envoi Allen was a rare flop for De Bromhead as he fell in the Marsh.

On to Aintree and if you thought the Blackmore show was over you could not have been more wrong.

She flew from the back pages to the front pages as she stormed home in the Grand National on 11-1 shot Minella Times for that man De Bromhead.

Her post-race interviews were brilliant and must have inspired hundreds of young girls to try and follow in her footsteps.

The likes of My Drogo, Thyme Hill and Ahoy Senor then landed some welcome punches for the Brits.

A National Hunt legend bowed out in the shape of Richard Johnson and with that the jumpers went on their holidays.

As the summer rolled around we turned our attention to Newmarket and Epsom and the early season Classics.

Aidan O’Brien needs no introduction and he swooped for his fifth 1000 Guineas in six years thanks to the tough Mother Earth and evergreen Frankie Dettori. Poetic Flare was a popular champion in the 2000 for Irish veteran Jim Bolger.

At Epsom, Dettori struck again for O’Brien but this time on Snowfall. She sailed home by a whopping 16 lengths, but in truth it was a poor race and Snowfall struggled in top company by the end of the season. 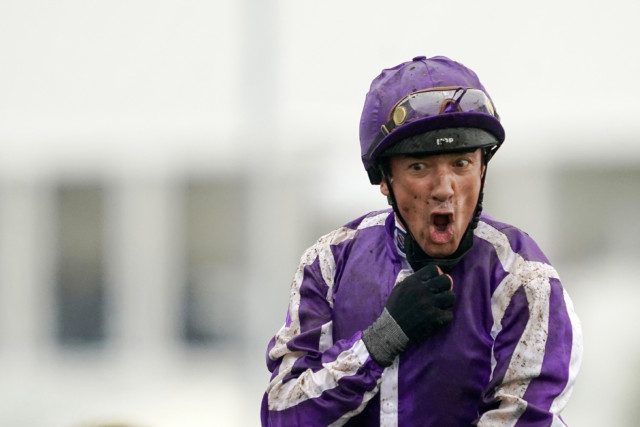 In the Derby, Godolphin’s season to remember really got going as the monstrous Adayar sprung a surprise under Adam Kirby. The 16-1 shot was supposedly Charlie Appleby’s third string but showed it was no fluke when he triumphed in the King George at Ascot the following month.

Crowds were capped at 10,000 for each day at Royal Ascot but that was enough to put some X-Factor back into the summer’s showpiece meeting.

Oxted became king of the sprint division, while Palace Pier and Poetic Flare continued to be best in show at a mile.

Subjectivist put in an almighty display to wrestle the staying crown from Stradivarius. Sadly Mark Johnston’s star picked up an injury and hasn’t been seen since.

Stradivarius was ruled out of a historic bid for a fifth Goodwood Cup as Glorious Goodwood got off to a wet start. Trueshan went on to win the feature for Alan King and Hollie Doyle.

Alcohol Free starred in one of the strongest Sussex Stakes in recent memory, backing up her Coronation Stakes win at Royal Ascot. Lady Bowthorpe was a memorable Nassau Stakes champion the following day.

A little known horse called Baaeed announced himself for William Haggas in the Group 3 Thoroughbred Stakes. He’d end the year unbeaten with two Group 1s on his CV and is back for more in 2022.

St Mark’s Basilica shot into the limelight, but his Group 1 spree lasted all of five months and he was soon shipped off to stud. 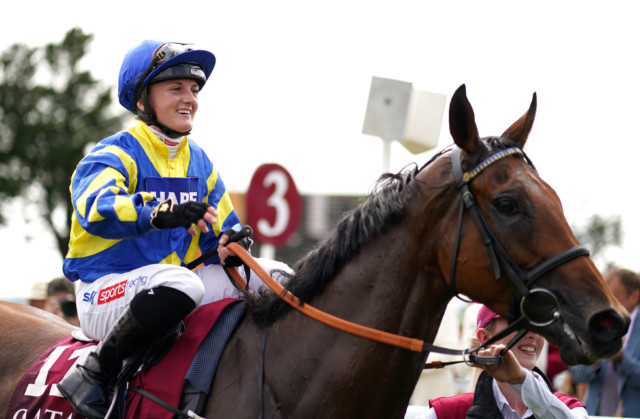 Godolphin and Appleby’s brilliant 2021 continued with aplomb in the St Leger as Hurricane Lane routed his rivals at Doncaster.

But neither he or Adayar could land a blow in the Arc as 72-1 German outsider Torquator Tasso caused a huge upset in Paris.

The ground was testing and at that point attention switched back to the hedge hoppers.

Blackmore and De Bromhead continued where they left off as A Plus Tard scorched to a stunning Betfair Chase win at Haydock.

But the Tingle Creek remained in British hands as Greaneteen, Paul Nicholls and Bryony Frost shone at Sandown.

This jumps season is yet to unravel but the Brits are fighting back against the Irish with Champ, Jonbon, Constitution Hill, My Drogo and Ahoy Senor all showing they have what it takes to beat the best already this season. But that’s all to look forward to.

Appleby, De Bromhead and Blackmore were top dogs in 2021. No racing fan would begrudge that trio staying top of the charts for another 12 months.

But top of any wishlist will be the hope we can steer clear of a return to behind closed doors racing. We’ve all had enough of that.