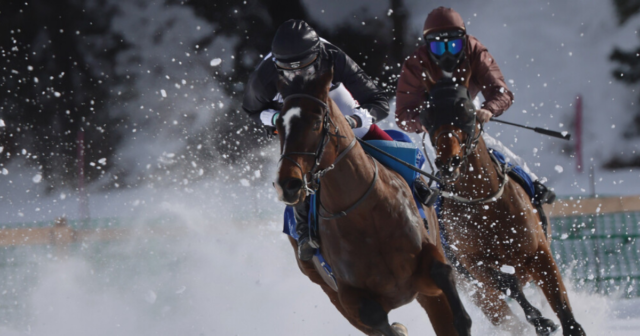 THIS is the world’s most unique horse race – because it takes place on top of a frozen lake!

The incredible action from St Moritz in Switzerland has to be seen to be believed. 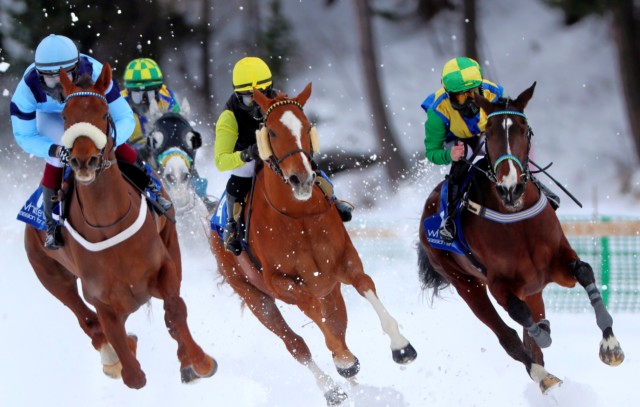 Some 30,000 people flood to St Moritz to watch the world’s most unique horse race

In daring conditions more akin to Ice Road Truckers than thoroughbreds going at top speed, these horses thunder over the ice… often with ‘jockeys’ trailing behind.

The stunning spectacle is all part of White Turf, an annual event since 1907.

It looks a world away from the drab and dreary British winter.

But there was cause for celebration back in Blighty over the weekend thanks to a winner for famed trainer Milton Harris.

You won’t find too many frozen lakes nestled among snow-capped mountains at Harris’ yard in Wiltshire.

But he showed himself a jack of all trades by preparing Mordred for victory in the Longines Grand Prix last Sunday.

Every year the conditions on the lake at the foot of the Engadin mountains are in a race against time to get perfect for the big day.

In 2020 the whole meeting was in jeopardy, with the thin layer of ice on the lake barely strong enough to hold a log.

But just three weeks later it was completely frozen over solid, the layer thick enough – 30cm all over – to allow horses to pound over it in excess of 30mph.

Top German jockey Sibylle Vogt was in the saddle.

But some races got rid of saddles altogether, with the ‘jockeys’ following behind on skis.

Amazing photos showed people being dragged around the course, their only connection being a piece of fabric the ‘rider’ holds onto for dear life.

This type of racing is known as skikjoring.

It’s pretty unique, so don’t expect to see it at next month’s Cheltenham Festival.

Horses running in the races wear special shoes to stop them slipping and jockeys masks to stop the snow kicking up into their face.

OK, so you might not see the next Honeysuckle in action here, but for the 30,000 who attend, this incredible meeting is just as special in its own right. 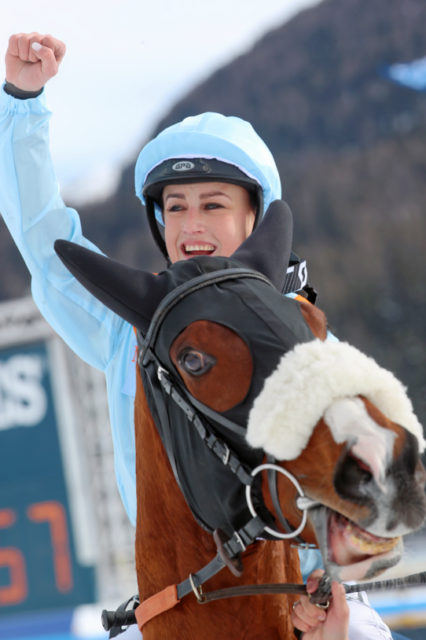 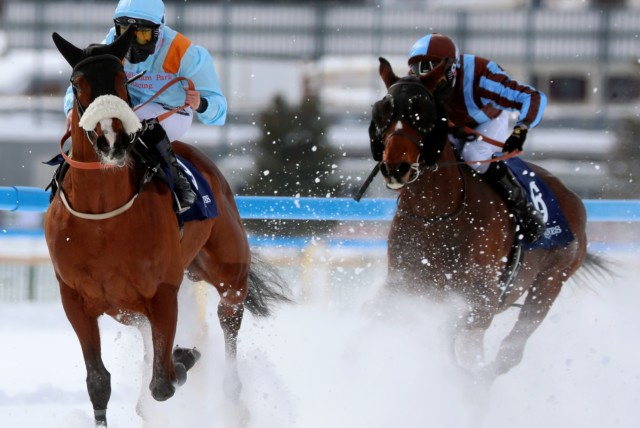