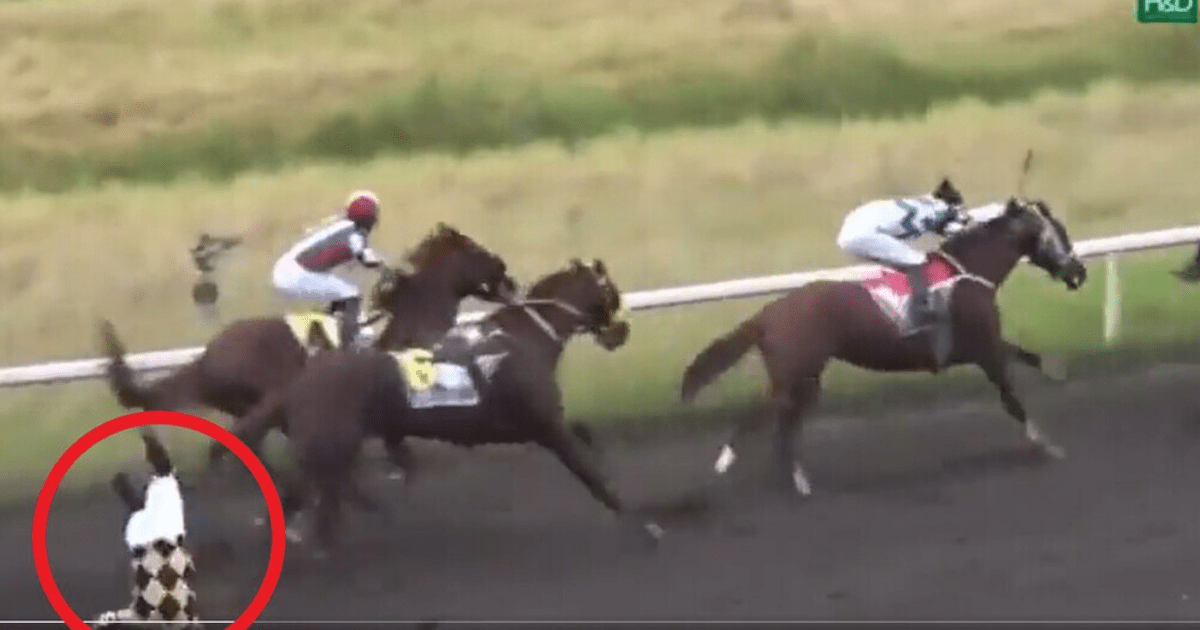 AN IDIOTIC jockey has been given a lifetime ban for pushing a rival off a horse mid-race – in an incident one punter labelled ‘the worst thing I’ve ever seen’.

The truly shocking scenes occurred in the Ecuador Derby a little over three furlongs from the post.

Footage of the shove has gone viral online and seen culprit Joffre Mora given a rare lifetime ban.

In the clip, Mora, who is riding Il Contadino, can be seen hugging the inside rail.

Fellow jockey Luis Hurtado comes up on his outside on horse Lukaku.

It’s not exactly clear why Mora pushed Hurtado off his mount.

There did not look to be an earlier coming together between the pair and, with just six runners in the race, it’s not as if anyone was pressed for room.

Still, Mora decided to shove Hurtado as the horses rounded the bend for home.

The consequences of his mindless action could have been catastrophic but fortunately Hurtado was unhurt.

Stewards moved swiftly and decisively to ban Mora for life.

Racing fans who saw the incident online were left stunned.

One said: “That’s the worst thing I’ve ever seen.”

While another suggested: “Literally could be classed as attempted murder.”

And a fellow viewer wrote: “Body-checked the jock next to him right off the horse. Wow.”

In this article:bannedforlife, lukaku, named