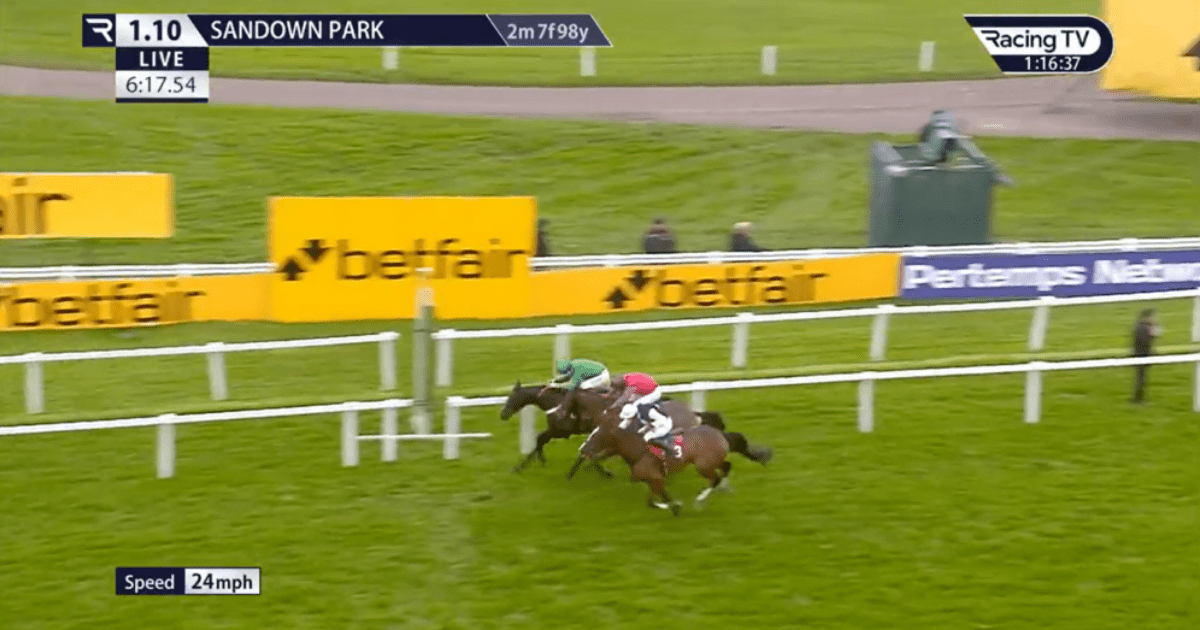 PUNTERS were left raging and a jockey was banned for a whopping 32 DAYS after he lost a race at Sandown by riding to the WRONG winning post.

There are two winning lines at Sandown – one for the hurdles track and one for the chase track. 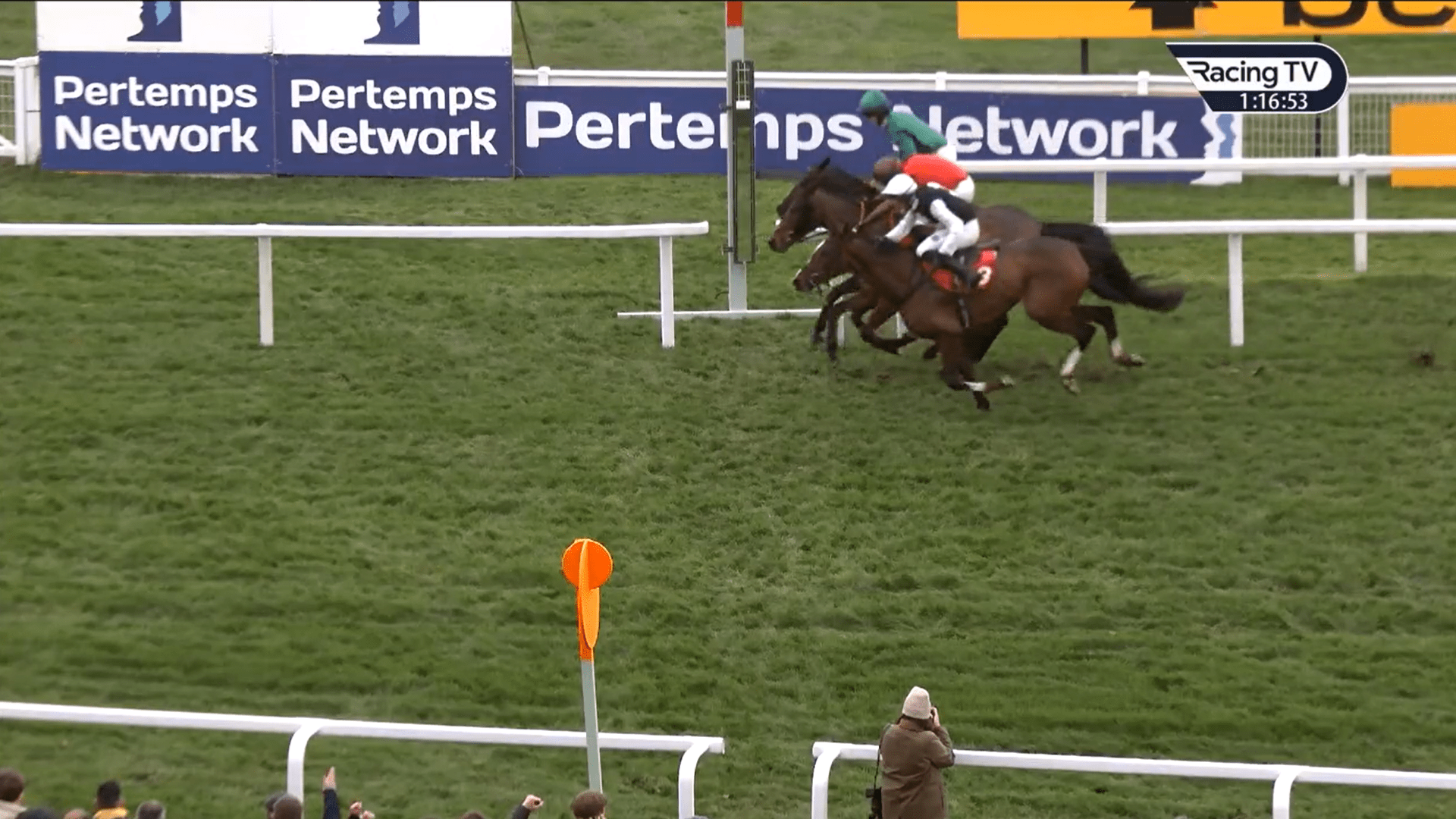 And young jockey Ben Bromley stopped riding after passing the first winning line when he should have ridden to the second one – and he ended up losing the race by a nose.

He was riding the well-fancied 4-1 shot Call Me Lord, who looked set to hold on in a tight finish from the 18-1 shot Dolphin Square.

Bromley sat upright in the saddle in celebration thinking he had won the big £25,000 hurdle race.

But, to his horror, he ended up gifting victory to Dolphin Square, who had his nose in front at the correct winning post.

A red-faced Bromley said: “I rode to the wrong winning line, it’s a stupid mistake and won’t happen again.”

It’s fair to say that punters on course and at home were not amused and queried why Sandown still has two winning posts in operation.

One tweeted: “Absolutely fuming. You have to be aware of the two winning posts but this is also the courses fault.”

Another said: “I feel sorry for the backers of call me lord who currently are sticking there head in the fridge. What an absolute howler.”

While another added: “There’s no excuse for this. Racing at Sandown the two posts have to be in your mind. Punters money done and you would hope a massive ban.”

Bromley was banned for a whopping 28 days by the stewards for riding to the wrong line, plus an extra four days for overuse of the whip.

It is not the first time that the use of two winning posts has caused confusion in a finish at Sandown.

In April 2019, One For Rosie was mistakenly called the winner of a big race when the judge used the wrong winning line when assessing a photo finish.