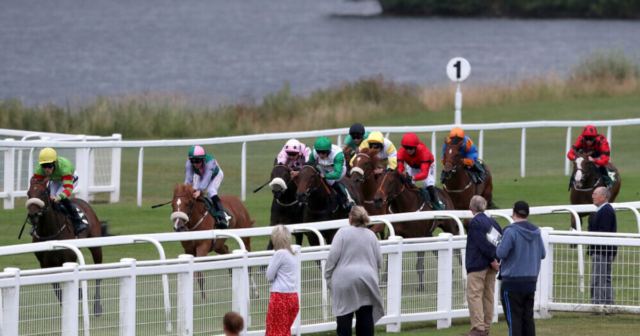 A RACE at Ripon on Saturday has been abandoned for the first time in its history after attracting just TWO runners.

The Silver Trophy, a consolation race to the feature Great St Wilfrid Handicap, has sadly been scrapped altogether.

It was due to be the first race on Saturday at 1.40pm but the six-furlong contest has been axed, leaving the racecourse in despair.

A total of 34 runners were entered for the Great St Wilfrid but only 15 have been declared.

Any that could have run in the Silver Trophy have been gobbled up by the Great St Wilfrid.

That means there is ‘nothing left’ for the consolation race.

Ripon clerk of the course James Hutchinson told the Racing Post: “It’s a shame because 34 were entered for the Great St Wilfrid and only 15 have been declared for that race.

“The Great St Wilfrid takes all of them and some of them might be running out of the handicap in that race by quite a few pounds.

“As a result, there’s nothing left and the consolation race didn’t get the entries it needed in the first place to achieve what it needed to do.”

The Class 2 Silver Trophy was first run in 2012 and in all but one of its runnings has had a strong field of 19.

It had a guaranteed purse of £25,000 but just two horses were declared for this year’s renewal.