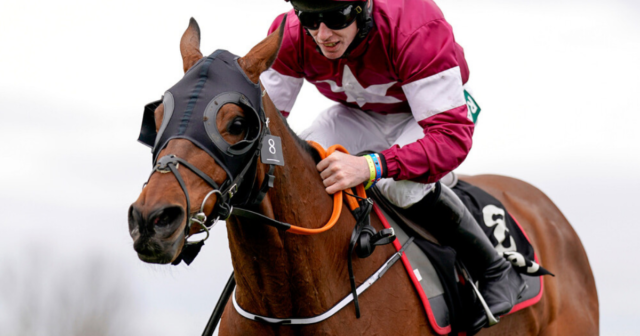 The 11-year-old missed the defence of his Aintree crown in April after his owner Michael O’Leary slammed the British handicapper for giving him an ‘unfair weight’.

He instead ran in the Grade 1 Betway Bowl, finishing a distant fourth to Clan Des Obeaux, and it was widely expected that he would be retired.

The horse will be able to run off a handicap mark of 155 in the valuable Plate – 4lb lower than the British handicap rating he defied when winning his second Grand National in 2019.

Just four months ago, Tiger Roll was rated 163 by the Irish assessor when the weights for the Irish Grand National were revealed – meaning the horse has been dropped 8lb without setting foot on a racecourse.

Tiger Roll was rated 166 in Britain prior to winning the Cross Country Race at Cheltenham in March – his fifth win at the Festival – and he was left on the same mark for April’s Grand National.

And O’Leary, the boss of Ryanair, was incensed that he was given that mark, saying at the time: “When Tiger Roll won his second Grand National in April 2019 he ran off a rating of 159.

“He won by just two-and-a-half lengths at the age of nine. He was beaten by 17 lengths in last year’s Cheltenham Cross Country, his form suggests he is clearly not as good as he was when he won the National in 2019.

“Despite this pretty obvious decline, the handicapper has given him a mark of 166, seven pounds higher than in 2019.

“We believe this is patently unfair, unjustified and does not reflect the horse’s age or his form.

“We therefore regret to announce that Tiger Roll will be removed from the Grand National. After that, we will consider his future wellbeing, which may involve retirement.”

So it was a surprise to many to see the legendary chaser entered up at Galway on July 28.

The weights for the £215,000 race were revealed on Monday afternoon, with Tiger Roll set to carry 11st 7lb, with three horses above him in the handicap.

Samcro tops the weights on 11st 10lb with the Willie Mullins-trained Easy Game next in on 11st 9lb and Battleoverdoyen on 11st 8lb.

The bookies are yet to price up the Galway Plate.

Did you miss our previous article…
https://www.sportingexcitement.com/horse-racing/chelsea-star-marcos-alonso-comments-on-brilliant-pic-of-jockeys-oisin-murphy-and-sean-levey-in-dodgy-swimming-trunks