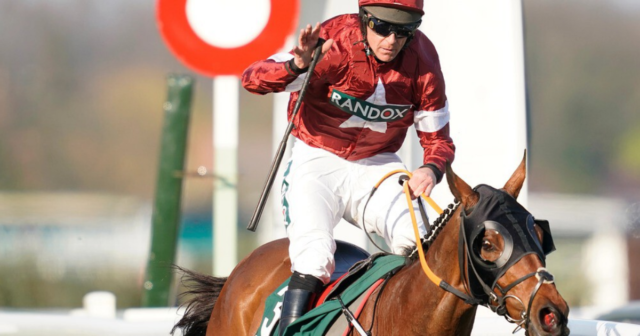 TIGER ROLL has been ruled out of the Grand National – and a shot at history, according to reports.

Now there is a real chance the dual Aintree winner’s last race could be at Cheltenham Festival in four weeks.

Tiger Roll has again been pulled out of the Grand National in a row over how much weight he will carry.

Horses carry varying amounts of weights in order to make races as fair as possible.

Multi-millionaire Ryanair boss Michael O’Leary, who owns the horse, said he has withdrawn his stable star in a bid to ‘protect’ him.

Victory at Aintree in April would have seen Tiger Roll match the legendary Red Rum with three wins.

But the Racing Post carry quotes from O’Leary suggesting that simply won’t happen for the second year in a row.

“He is clearly not as good as he was at eight or nine and yet the UK handicapper now rates him 2lb higher than his 159 rating in April 2019, when he won both the Boyne Hurdle and the Aintree Grand National.

“This rating is absurd, and unfair on a 12-year-old chaser.

“It is a pity that the handicapper won’t give Tiger Roll either a fair rating or a fair weight in the Aintree Grand National, where he could at least try to emulate Red Rum’s three Grand National wins.”

O’Leary then went onto slam the ‘idiotic’ handicapper who assigned Tiger Roll his weight.

He said: “Since we are responsible for the welfare of Tiger Roll, we must protect him from the idiotic opinion of this handicapper.

“We therefore regret to announce that he will not run in this year’s Aintree Grand National.”

O’Leary’s comments clash with those of Gordon Elliott, the horse’s trainer, who said Tiger Roll was ‘not finished’ running in the National.

Tiger Roll remained solid at the head of the market for the Cross Country Chase at next month’s Festival.

The legendary runner could win there and be retired on the spot after a potential sixth win at Prestbury Park.